Last week after being diagnosed with swollen vocal cords, SZA took a leave of absence from TDE’s Championship Tour. “Her vocal cords are swollen and she has to rest her voice to prevent any permanent damage,” TDE president CEO Anthony “Top Dawg” Tiffith said at the time.

Unfortunately, according to SZA, the damage has already been done.

This evening, SZA joined the rest of TDE for their concert at Madison Square Garden in New York. Immediately following the performance, the singer took to Twitter to say her voice was “permanently damaged.”

“Tonight was the test. That settles that,” SZA went on to tweet. “I jus wanna be left alone my priorities are fucked up. They been fucked up. I need space goodbye.”

SZA later deleted the tweets, but you can find them archived below (via Vulture), along with fan-shot footage of her singing at tonight’s show. We’ve reached out to representatives of the singer for additional information. 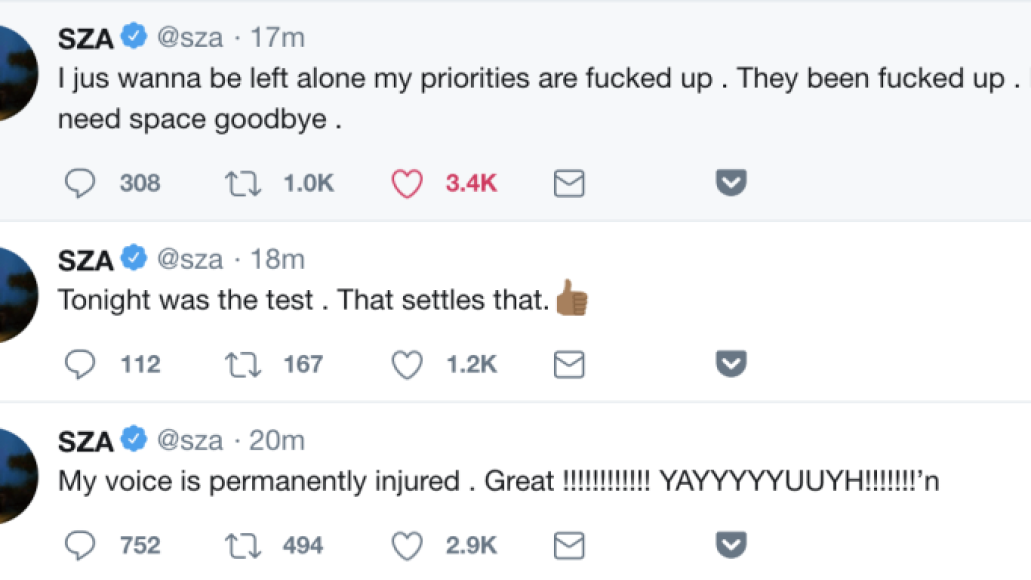 In an Instagram post last week, SZA said she had been “troubleshooting” her voice “for a while now” and had resorted to steroids so that she could push through performances.