Track by Track is a new music feature that allows an artists to reveal the background of each song on their latest offering.

The Ballroom Thieves may be from Boston, but the last few years have made it seem like they don’t really have a home. The trio have been on the road nigh incessantly since releasing their A Wolf in the Doorway debut in 2015, barely slowing down enough to record and release 2016’s Deadeye. Such a nomadic lifestyle is plenty straining without internal darkness and external political unrest, both of which had major impacts on the band. As ever, though, Calin “Callie” Peters (vocals, cello), Martin Earley (guitar, vocals), and Devin Mauch (percussion, vocals) refuse to give up on the music, using it as a conduit to deal with all the challenges in their lives.

On their latest collection, the Paper Crown EP, they once again wrestle back their demons with powerful songwriting. Due out May 11th from Nettwerk Records, the five-track effort addresses everything from the struggle of having an introverted personality in an extroverted lifestyle (“Only Lonely”) to angry pleading for integrity from an unsuitable government (“Do Something”). They even take some time for dusty storytelling, as on the storming “Can’t Cheat Death”. Along the way, the Thieves find new ways to blend the old-school pop and country sensibilities of Etta James and Willie Nelson with gang harmonies and rumbling folk for a sound that’s bigger and sturdier than ever before.

Ahead of the release, you can listen to all of Paper Crown below.

For more on the new music, Peters and Earley have taken turns breaking down the EP Track by Track.

“Only Lonely”:
Calin Peters: “Only Lonely” is a song for the hypersensitive, the acutely aware, the sad, and the introspective. It comes from the voice of my introverted personality, weakened by years of non-stop traveling and an overabundance of social duties. This song is for anyone who has ever felt like they have been blurred by the foggy and hollow desire to fit in, so we kept the recording sparse to try to communicate that feeling. Rather than hitting the listener with a wall of sound, we used some more subtle techniques, such as tracking vocals through a gramophone horn and percussive twinkles from a creepy bell tree.

“Do Something”:
CP: The opening line of “Do Something” (“I know stubbornness”) had been hanging around in my head for a while, but I didn’t want to write another intimate, personal song. Then our country decided to make a reality TV star president, which offered me the perfect opportunity to use the line. The song is a nostalgic trip to the early days of rock n’ roll, featuring the unhinged political pandemonium of today. What fun!

The broader concept of the Paper Crown is meant to be a reminder about what is real and what is fake. In this age of openly dishonest presidents, fake news, and unattainably tailored social media lives, it’s crucial for us to understand the difference.

“Can’t Cheat Death”:
ME: Most of our songs find their inspiration in the extremely personal, but every now and then we consciously try to be detached storytellers, and that’s definitely the case with “Can’t Cheat Death”. It’s a Western break-up duet that effectively stands as a prequel to our song “Blood Run Red”, in which our fiery protagonist brings her cheating husband to justice by way of a silver bullet. “Can’t Cheat Death” is the story of how our ill-fated couple arrived at the inevitable point of no return.

Both “Can’t Cheat Death” and “Blood Run Red” were written in collaboration with my sister Annika Earley, who also happens to be responsible for most of our artwork to date. Callie and I reveled in the task of working with fragments of lyrics Annika had previously written in order to build this two-part story of a relationship gone dreadfully wrong. Similarly to “Fistfight”, there’s a tug-of-war between a vulnerable, almost defenseless pre-chorus and a self-assertive, perhaps overconfident chorus, which helps us illustrate the aforementioned balancing act that comes with a relationship. 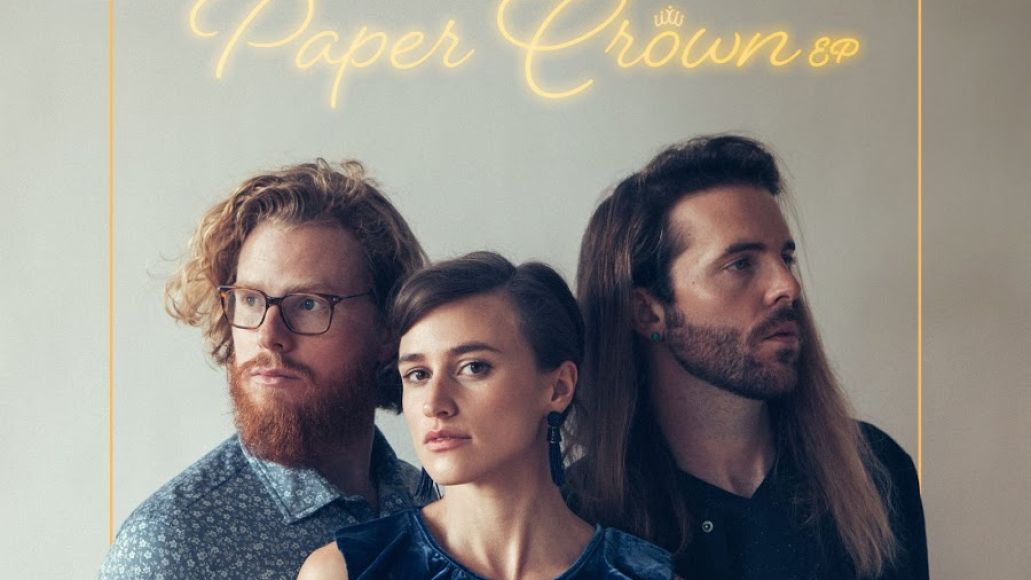 “Fistfight”:
Martin Earley: “Fistfight” is my attempt at wrapping a grungy rock blanket around a clean pop love song. The lead hook, played on a dirty acoustic guitar and doubled on a blown out electric baritone is meant to make you feel like riding at breakneck speeds through a sweaty southern swamp in a totally sweet airboat, jar of moonshine in hand. But what begins as sort of a classic story of misbegotten fortune quickly turns into an exploration of how positive things emerge from the ashes of negative ones. The juxtaposition between the minor verses and the major choruses further informs that theme while also pointing to the delicate push-pull dynamic inherent in any meaningful relationship.

“Almost Love”:
CP: “Almost Love” is a bit of a backwards love song. It’s chock full of misleading set ups and is in its entirety a bit of a contradiction. I thought musing about a happy love life could turn to pure cheese very quickly, so I reimagined an existence without the person I love and wrote a piece of that story instead. Musically, “Almost Love” might be our most explorative tune yet, with its allusions to latin rhythms, bass-led groove, and of course our much-anticipated second official fade-out ending.

The Ballroom Thieves have also announced a full US tour in support of Paper Crown. Find the schedule below.