Best Coast has announced its first new album since 2015’s California Nights, but it’s probably not what you’re expecting. Best Kids, as its title indicates, is a children’s record filled with originals, covers, and even a re-recorded, kid-friendly version of the band’s 2010 breakout single, “When I’m With You”. It’s a clever move, what with plenty of the teens who first fell in love Cosentino eight years ago now having kids of their own. An Amazon Original release, the album will be available to stream and purchase exclusively on Amazon Music on June 22nd.

“There is an innocence to my songwriting that fits perfectly with writing songs for kids, so when the idea was presented to me to do an original children’s album for Amazon Music, I of course said yes!” songwriter Bethany Cosentino said in a press release. “I wanted to make a kid’s album not just for kids but also for the parents with cool music taste that might be tired of listening to the same songs off the Frozen soundtrack 200 times in a row.”

Recorded with Crazy For You producer Lewis Pesacov, Best Kids includes covers of Lesley Gore and Frankie Valli and the Four Seasons, as well as old standards like “Twinkle Twinkle Little Star” and “If You’re Happy And You Know It”, the latter of which features Instagram star Lili Hayes. “The world is pretty wild these days and we just hope this record and these songs will bring joy and a smile to some faces that might need joy and smiles, no matter how old they are,” Cosentino added.

Best Kids will be available to stream and purchase exclusively on Amazon Music starting June 22nd, and is now available for digital and physical pre-order. In advance of the album’s release, Best Coast has shared “Cats & Dogs”, a sunny, warmhearted original cut that was no doubt inspired by Cosentino’s own internet-famous feline Snacks. Hear it below. 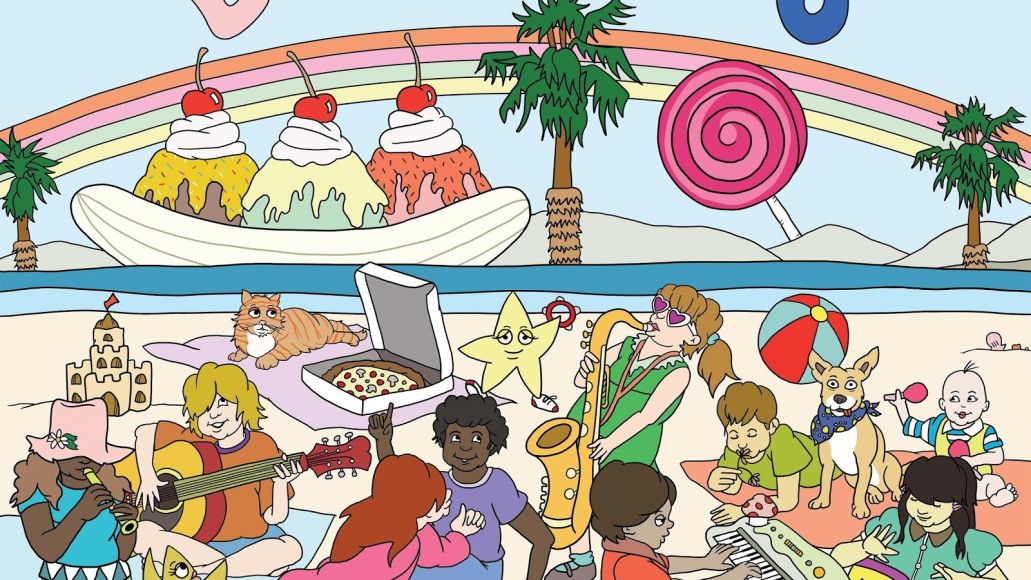