The band revealed the news via a live-streamed press conference held in Mexico City. Marauder marks the first time they’ve worked with “an unfamiliar producer” since 2007’s Our Love to Admire, in this case Dave Fridmann (Spoon, The Flaming Lips). They recorded directly to two-inch tape at Tarbox Studios in upstate New York between December 2017 and April of this year.

In a press release, vocalist Paul Banks said, “Marauder is a facet of myself. That’s the guy that fucks up friendships and does crazy shit. He taught me a lot, but it’s representative of a persona that’s best left in song. In a way, this album is like giving him a name and putting him to bed.”

Described as “multi-layered and bold,” the album is “an adventurous departure in sound, with a heavy focus on lyrics and capturing their live energy.” You can hear that in the lead single, “The Rover”, a driving and relentless bit of post-punk revivalism. Check it out below, and tune into The Late Show with Stephen Colbert tomorrow, June 8th, to watch Interpol give the track its live debut.

You can also watch the press conference, which is set to be transformed into a music video: 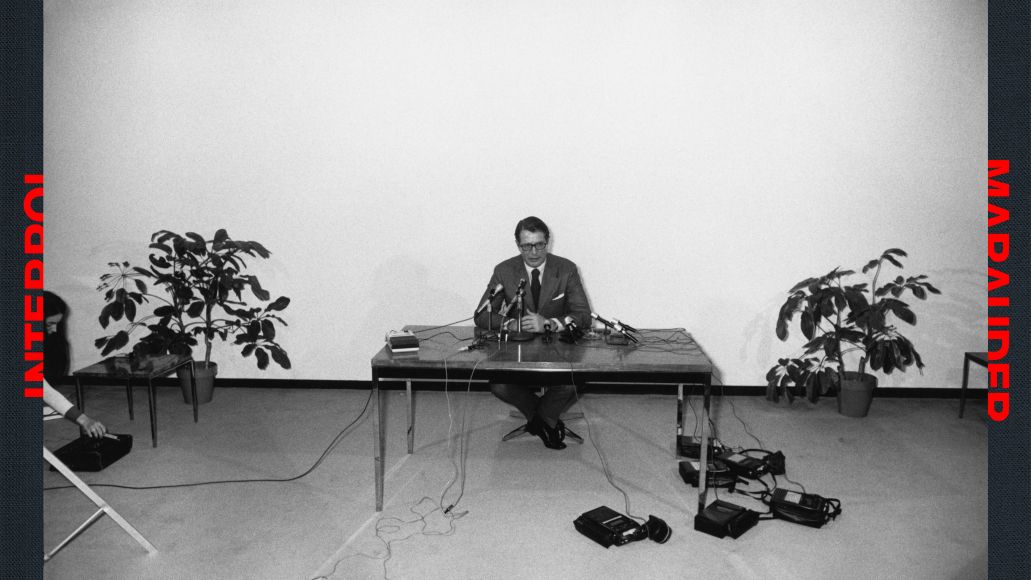 Interpol have also revealed a run of international tour dates that include a pair of shows at California’s Hollywood Bowl and Greek Theater alongside The Kills and our March Artist of the Month Sunflower Bean. There’s also a February 16th, 2019 gig set for New York’s Madison Square Garden with Car Seat Headrest and recent AOTM Snail Mail. Pre-orders of Marauder placed through the official Interpol webstore get access to exclusive ticket pre-sales for the new dates. Find their full itinerary below.