Album No. 3 in the ongoing series of records being produced by Kanye West has arrived in the form of Kids See Ghosts, a collaborative album from Kanye and Kid Cudi. Stream it below via Apple Music and Spotify.

Just like with West’s solo LP, ye, Kids See Ghosts was premiered during a listening party live-streamed on the WAV app (which didn’t go so well), though this time from Los Angeles instead of Wyoming. (Which isn’t surprising, since Kanye’s last party there got all rappers banned.) There’s also been a hiccup in the way streaming outlets are presenting the album, as a press release notes that the sequencing is correct but the track titles are mislabeled. (The correct tracklist is down below.)

The album features a handful of guest appearances. Pusha-T drops in on “Feel the Love”, Yasiin Bey (aka Mos Def) appears on the title track, and Ty Dolla $ign is on “Freeee (Ghost Town Pt. 2)”. There are also a number of prominent samples, most notably Kurt Cobain’s solo acoustic demo “Burn the Rain” from the Montage of Heck companion soundtrack on closer “Cudi Montage”. The late trumpeter/singer Louis Prima is also credited as a featured guest on “4th Dimension”.

It also appears that Kanye did not in fact produce the entire effort. He’s not credited at all on “Cudi Montage” (Kid Cudi, Mike Dean, and Dot Da Genius) or “Reborn” (Evan Mast, Cudi, Dot, and Plain Pat). Most notably, it appears André 3000 worked alongside Boogz, Kanye, and Cudi on “Fire”. As revealed earlier this week, the Kids See Ghosts artwork was designed by Japanese artist Takashi Murakami, who also did the iconic cover for 2007’s Graduation.

Kids See Ghosts follows Pusha-T’s DAYTONA and Kanye’s ye. Next week should see a new solo record from Nas and then another one from Teyana Taylor, both of which will also be produced by Kanye. But let’s focus on the present and take a listen to Kids See Ghosts below: 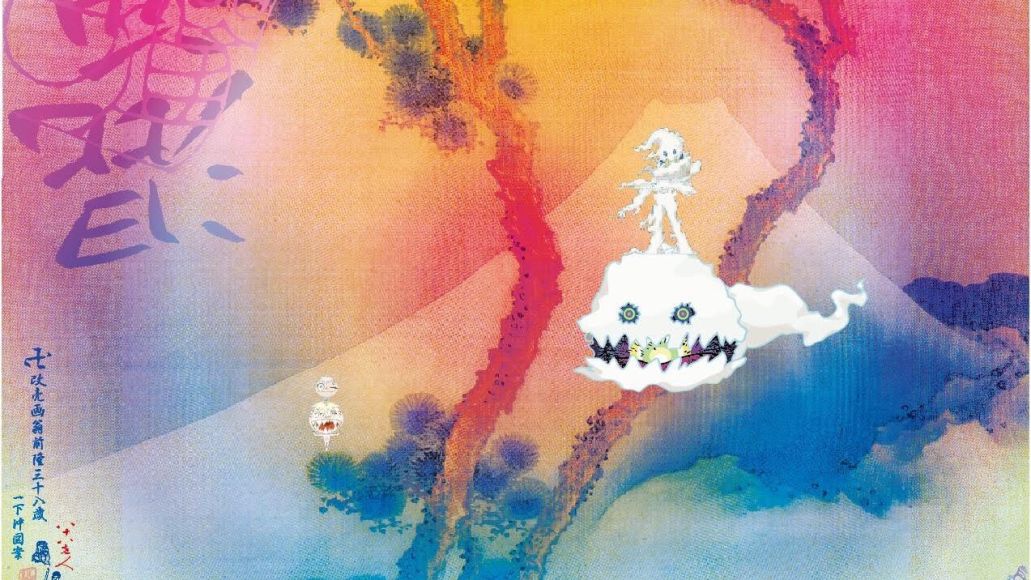