Music, Movies & Moods is a monthly free-form column in which Matt Melis explores the cracks between where art and daily life meet. This time, he reflects on the 50th anniversary of Mister Rogers’ Neighborhood. 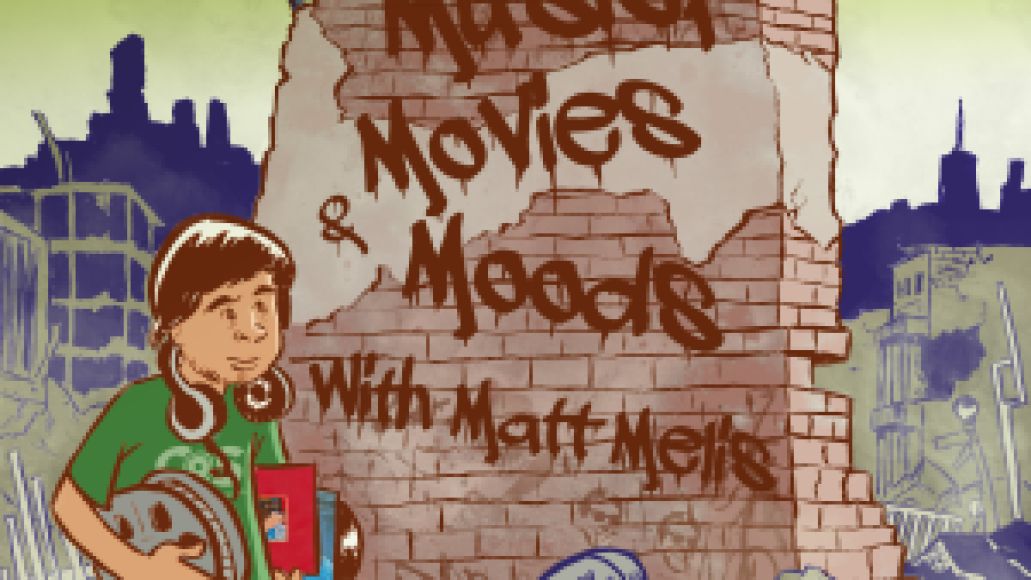 Part of the appeal of Mister Rogers’ Neighborhood remains that his neighborhood could be any one of thousands across America or Canada. The fact that creator and star Fred Rogers was born in Latrobe, Pennsylvania, and dedicated 33 years of his life to producing the most popular iteration of his show in my Pittsburgh neighborhood made him no less a television neighbor to other children around the country. However, it was admittedly special to think of Mister Rogers, Trolley, and even the Neighborhood of Make-Believe as being right outside my front door. For most of my childhood, an autographed photo of a smiling, sweater-clad Rogers sat at my bedside, and you can imagine my thrill one Saturday when my parents took me to tour the local WQED Studios (now “The Fred Rogers Studio”) and see Mister Rogers’ living room, King Friday XIII’s castle, and even shy Daniel Striped (rhymes with “biped”) Tiger’s grandfather clock.

Next week marks 50 years since Mister Rogers’ Neighborhood debuted on PBS. Until Sesame Street surpassed it a few years back, it had been the longest-running children’s show on television. People often forget, though, that Rogers had been honing his craft in children’s television on programs shot in both Pittsburgh and Canada going all the way back to 1953. It’s during those years that he dabbled with formats combining original music and puppetry, developed early versions of iconic characters like King Friday and X the Owl, and adopted future trademarks like his canvas sneakers because they were quieter on the set. It’s also from these earlier takes on what would one day become Mister Rogers’ Neighborhood that he brought back set pieces like King Friday’s castle and the notion that a trolley could be a conduit between our world and the imagination.

Much of the reason Mister Rogers was able to run for so long and remains in syndication stems from the simplicity of the program’s original premise: a playhouse situated in the context of a neighborhood. As children, we didn’t know where Mister Rogers arrived from each day, but we knew he was meeting us in a safe and familiar place where our living rooms met his. He’d open with the same friendly theme, “Won’t You Be My Neighbor?”, don the same iconic sweaters (actually made by his mother), and spend one-on-one time with us mostly talking. There’d be inspirational guests and characters like Speedy Delivery man Mr. McFeely (Rogers’ middle name), original songs (Rogers composed hundreds for the show), educational field trips to remind us that our neighborhoods extended beyond our living rooms and families, and, of course, time set aside to make believe. In hindsight, Rogers essentially took a large, confusing world and shrunk it down into a neighborhood-size version that any child could relate to and confidently explore, stirring our curiosities and sparking our imaginations while doing so.

One thing I never heard Mister Rogers do – not on his program or ever in person – was raise his voice. Even when he sang, his voice emanated in such a gentle, soothing tone. However, that didn’t mean the mild-mannered Presbyterian minister had no fight in him. In 1969, Rogers spoke in support of public broadcasting before a hatchet Senate Commerce Committee in order to secure funding for Mister Rogers’ Neighborhood and other programming in light of Nixon’s order to cut funding for public broadcasting in half. “Alright, Rogers. You got the floor,” snapped committee chair Senator John Pastore snidely. In a matter of minutes, Rogers was able to convince the skeptical committee that PBS deserved the funding. Never did he raise his voice or take on a tone that was anything but sincere and gentle. He simply explained that his show was less concerned with the chaos of cartoons and more interested in catering to children’s emotional needs. By the time he recited the lyrics to one of his songs about managing feelings, Pastore practically dropped the money in Rogers’ lap from his own wallet.

“It’s such a good feeling…” begins the closing theme to Mister Rogers’ Neighborhood. And if nothing else will be remembered about Fred Rogers’ work, let it be that he revolutionized children’s television by transforming it into a safe arena for feelings to be talked about. Rogers understood that human beings are unique emotional creatures, motivated, stirred, and torn inside by how we feel. That might be snowflake talk to some, but think of a world where children learn to manage their anger, work through their sadness, and spread their joy to others – then, of course, take those skill sets with them into adulthood. Yes, Mister Rogers embraced the playhouse format, but, amid the fun, the show never neglected and always respected the emotional needs of its young viewers. Millions of children sat down each day to watch the program, and no matter how they felt on that particular day, Mister Rogers left them with the sense that their mood and feelings mattered, which meant that they mattered.

Though Mister Rogers was producing cutting-edge work when it came to children’s emotional health, admittedly, the show itself always rang old-fashioned and corny, from the sweaters to the punny puppets. As a result, shows like Saturday Night Live have always taken good-natured shots at its wholesomeness over the years (e.g. Eddie Murphy’s ghettoized “Mister Robinson’s Neighborhood”), but there have also been legit detractors. Some academics have charged Mister Rogers and programs like Sesame Street with raising a “me generation” of children who feel entitled and as though the world revolves around them. As a sometimes teacher and professor – and someone used to hearing gripes about how rotten and self-absorbed kids are today – I think such attacks on these shows misdiagnose the problem. Children who act out and behave selfishly or antisocially aren’t necessarily the ones who have been coddled, spoiled, and had their egos inflated for them; they’re often the children who lack self-esteem and don’t have adults in their lives to let them know they have value. It’s sad in a way, but millions of the children “raised” by Mister Rogers may rarely, if ever, have heard from anyone but him that they were worth loving, caring about, and listening to.

“Everybody longs to be loved and longs to know that he or she is lovable,” Rogers once explained. “Consequently, the greatest thing that we can do is to let somebody know that they are loved and capable of loving.”

Mister Rogers passed away in 2003 at the age of 74 from stomach cancer. He was only two years into his retirement after half a century in the business of producing intelligent, thoughtful, and groundbreaking children’s programming, which reflected his high, perfectionist standards. Though aired reruns of Mister Rogers’ Neighborhood are becoming rarer as the years pass, our favorite neighbor won’t be leaving the public eye anytime soon. He’ll be receiving a commemorative stamp in March, be the subject of a documentary released in June, continue to have his world shared through the popular animated spin-off Daniel Tiger’s Neighborhood, and be played by Tom Hanks in a biopic of his life set to begin filming in the near future. But most importantly, Rogers’ legacy lives on through the millions of adults who grew up with him as their childhood neighbor. Anytime we see someone performing a simple kindness, lending a patient ear, or not allowing their negative feelings to get the better of them, we’d do well to remember that friendly man in the cardigan and sneakers who assured us we were good enough in his eyes. 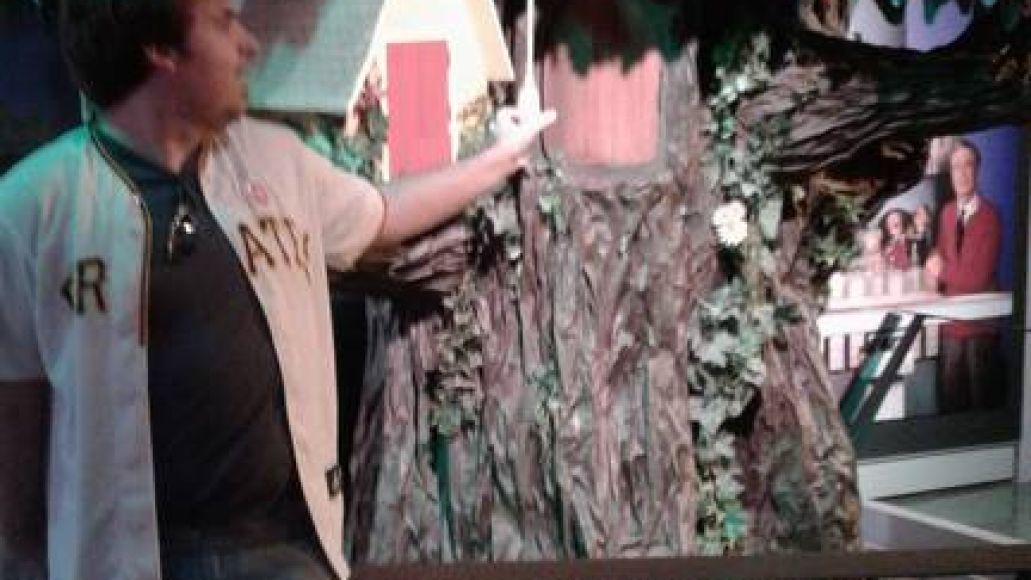 While visiting home last summer, my father and I spent an afternoon in Pittsburgh’s Heinz History Center. To my surprise, tucked away on one of the upper floors was a number of set pieces from Mister Rogers’ Neighborhood: the living room, King Friday’s castle, and X the Owl and Henrietta Pussycat’s tree as well as a number of original props and puppets. I felt about 30 years drop away as I walked towards the makeshift Neighborhood of Make-Believe. There also was a woman about my age, clearly with a mental handicap, in a motorized wheelchair with her mother, pointing at a wax figure of Mister Rogers and saying, in difficult, slurred speech, “Neighbor.” To think, some 30 years ago, the same television neighbor had taught me and this woman now beside me, a person who had been dealt so many difficult blows in life, the same lesson: that we were accepted, cared about, and had value just the way we were. To borrow a line, “It’s such a very good feeling.”