Pearl Jam have always been fueled by their politics. Eddie Vedder is one of the most vocal frontman in rock, having spent decades rallying against oppressive institutions, figures, regimes, ailments, you name, he’s there. So, it’s no surprise that, amid our current political climate, where our idiotic sociopath of a president is complaining about Robert De Niro while negotiating “peace deals” with another idiotic sociopath of equal measure, the Seattle rockers might turn up the heat a little. Indeed they have.

As previously reported,  the Seattle rockers are currently on tour across Europe, and one fan snapped a photo of their new band merch, which includes a subversive shirt that should raise the eyebrows of their more conservative fans. (Yes, they exist. This writer had to sit by them through every goddamn show in Florida.) It’s a spin on Joe Rosenthal’s iconic World War II photo, “Raising the Flag on Iwo Jima”, only the flag’s upside down with the words “Condition Critical” emblazoned across the back.

Here’s a photo (via Alternative Nation): 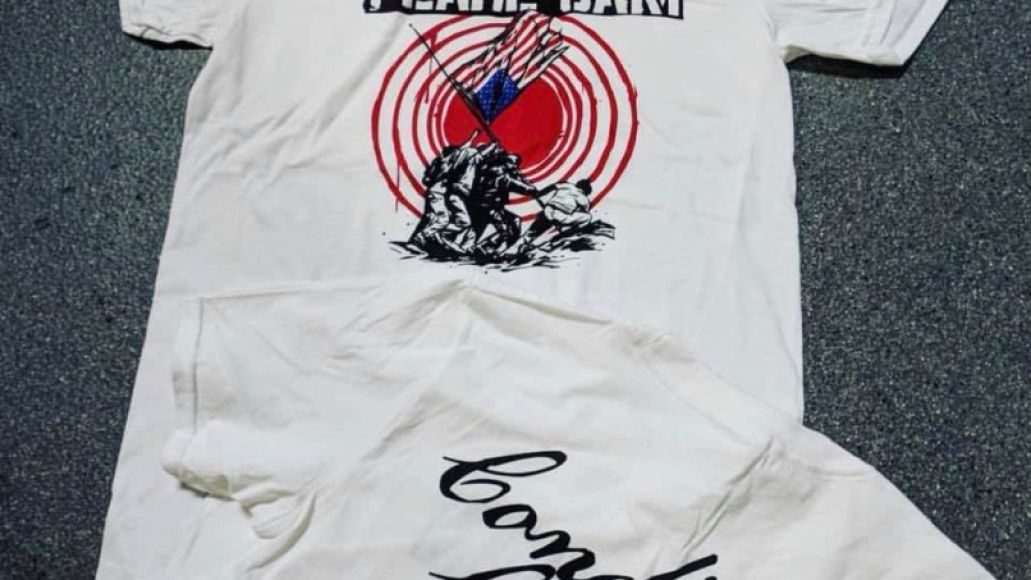 Look, it’s nothing crazy — in fact, it’s a little on the nose, come to think of it — but you know how us Americans get with our flags, not to mention our treasured World War II history. Fortunately, Pearl Jam is offering several other selections, so all those gun-toting, Trump-loving patriots who somehow also love singing along to “World Wide Suicide” or “Do the Evolution” or “Not For You” or “Jeremy” can grab those, instead.