Barry Gibb, the last surviving member of the Bee Gees, shall now be referred to as Sir Barry. On Tuesday, the 71-year-old music legend was officially knighted by Prince Charles at Buckingham Palace.

During the ceremony, Gibb said he couldn’t have attained such success without his brothers and hopes that they’re pleased with his “surreal” accomplishment. “If I had spent my whole life writing songs on my own, it would have meant something else altogether,” he commented, according to the BBC News. “I hope and pray that they are aware of what has happened and that they are proud.”

(Read: The 10 Best Bands with Siblings)

When asked about the musical pedigree of his family, Gibb noted much of the Bee Gees’ fame came as a result of pure perseverance. “I think being relentless had a lot to do with it. When you are a kid and you make up your mind to do something,” he explained. “You have got to have failure with a lot of success and I think that is what keeps you grounded.”

The Bee Gees were icons of the ’70s, thanks to their signature falsettos and massive hits like “Night Fever”, “Stayin’ Alive”, “How Deep Is Your Love”, and “Tragedy”. They’re currently one of the world’s best-selling acts. In 2016, Sir Barry released In the Now, his first solo album in over 30 years.

His brother Maurice Gibb passed away in 2003 from complications stemming from a surgery to correct an intestinal blockage. Robin Gibb died in 2012 from cancer. 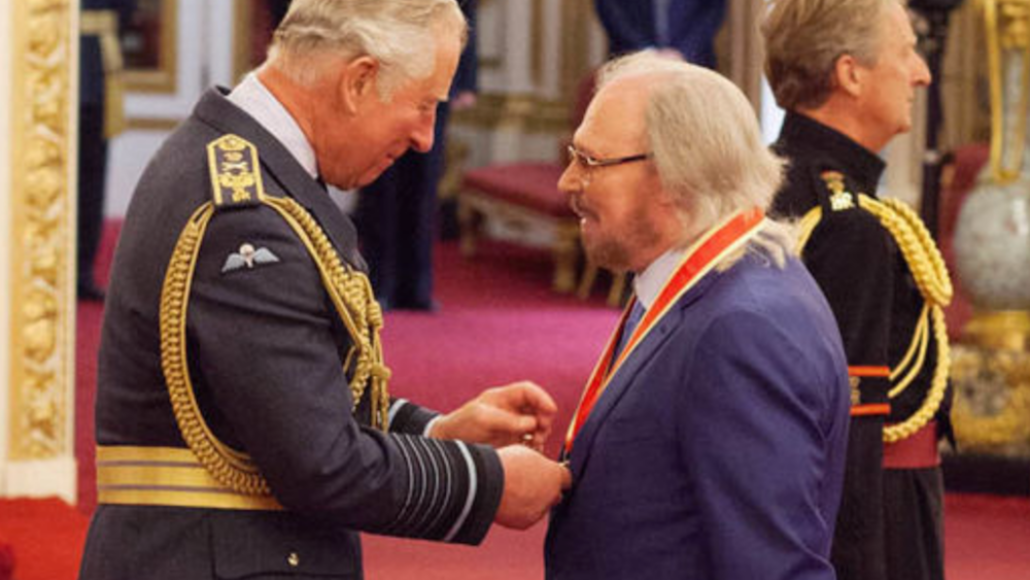 Just this past March, another musical icon, The Beatles’ own Ringo Starr, was knighted by the Queen of England.