For so many Americans living during the post-war days, when what we now know as the Baby Boomers were taking root, there was the life you dreamt about having and the one you actually had. The latter was the one we know from so many pop cultural hallmarks in this day and age: the man in the gray flannel suit going off to his office job in a reputable industry, his patient wife maintaining the home and waiting dutifully for him to return, the precocious children raised in obedience to God and nation. You paid your taxes, you kept your nose clean, you prospered and yielded fruit for the sustenance of this great nation. Whatever ideas you had beyond that, well, you kept them to yourself.

Nothing repressed ever remains in that state forever, though. The secrets and urges we bury always manifest in reality in one form or another, and the new CBS All Access series Strange Angel  tells an utterly unbelievable true story to get this point across in abundance. Based on the real-life exploits of Jack Parsons, a 20th century rocket engineer, the series follows Parsons (Jack Reynor) through the early years of his work, when he was simply a working-class man with a dream. (At least in part — an early episode introduces Hope Davis as Jack’s well-off mother, and the dichotomy between the tedious grind of his daily efforts and the comfort of her opulent home appears to be a matter the show will explore in further detail as it continues.) When Jack isn’t attempting to achieve rocket liftoff on his own time, he’s a custodian at a local factory, but Jack’s dreams are far greater than his circumstances.

Those circumstances, however, mean that his dreams have to remain exactly that, reveries which director David Lowery (also an Executive Producer) envisions through lurid red filters, drenching Jack’s wildest, comic book-influenced fantasies in a haze of unattainable distance and indecency. The sin of dreaming large is equally central to the series (based on George Pendle’s biography Strange Angel: The Otherworldly Life of Rocket Scientist John Whiteside Parsons), which matches Jack’s early experiments with a firm sense of period detail. After all, as the series makes plain, Jack wasn’t the only one of the Parsons with aspirations beyond his daily reality; much of the show’s early episodic storytelling is devoted to his wife, Susan (Bella Heathcote), who has her own troubles. Susan’s devout Catholic faith, which Jack hardly shares, brings her endless conflict, whether it’s something as simple as being denied a request to shake up the music at a post-mass breakfast or as difficult as having her local pastor chide her for her use of birth control and her husband’s lack of Sunday presence alike.

Jack and Susan are content, but as so many modern-day approaches to this era have illustrated, contentment is hardly a synonym for happiness. As Susan points out early in the series, when Jack is off attempting to launch rockets, she’s left with little beyond her thoughts to occupy her. When they make love, it’s filmed from Susan’s vantage, him brusquely rutting away as she’s left to stare off into the near distance, waiting for him to finish up, wondering about all the things she’s being denied in the process. Where Jack disappears into space-age fantasy, Susan has no such release; where the destinies of wild-dreaming men are so often the focus of stories like these, showrunner Mark Heyman leaves ample room to assert Susan’s own struggles. Jack gets to chase a dream in which he has unflappable confidence, but Susan gets to worry about things like the two-month deficit on their mortgage, the constant mortal hazards of Jack’s work, or especially Ernest (Rupert Friend), their unusual, new next-door neighbor.

Ernest’s appearance is a jarring disruption of the Parsons’ lives and of Strange Angel as well. Where the Parsons’ concerns are painful but common, there’s hardly anything common about the hard-drinking, idiosyncratic Ernest, whose eccentric behavior quickly gives way to a streak of all-knowing omnipotence that’s at once seductive and alarming. He throws uninhibited parties full of young people and loud music, he enters the Parsons’ home without warning but insists on his innocuousness, and he possesses the uncanny ability to stare straight through Jack and Susan and intimate exactly what they want and need most, without even seeming to know them all that well. The first three episodes of Strange Angel burn slow in revealing what the series will eventually be about, but right up until the moment that Jack and Susan wind up (at Ernest’s behest) at a “gathering” where occult rituals are being performed when they arrive, Ernest’s intentions remain appropriately menacing.

The early episodes are more concerned with Jack and Susan than with the bizarre mysteries yet to follow, but Heyman and company manage to mine intrigue from even what will likely be the series’ most contained third. In keeping with his work on films like A Ghost Story, Lowery bathes many of his scenes in soft, often natural light, whether it’s the flickering of a candle over a terse dinner or Reynor and Heathcote laying awake in bed, contemplating the things in themselves for which they’ve found no words. (One flashback suggests that the couple may have been significantly different people before settling down.) If the show certainly lacks the subtlety of his directorial work, Lowery still brings a sense of gentle empathy to many of his scenes; for a period piece making stern points about the counter-intuitive nature of logic’s resistance to scientific discovery, there isn’t a great deal of condescension leveled at its naive dreamers. The show may understand Ernest’s lust for life and paint it as quite a bit more fun than the stiff picket-fence nature of the Parsons’ existence, but it also understands what a frightening interruption he constitutes. 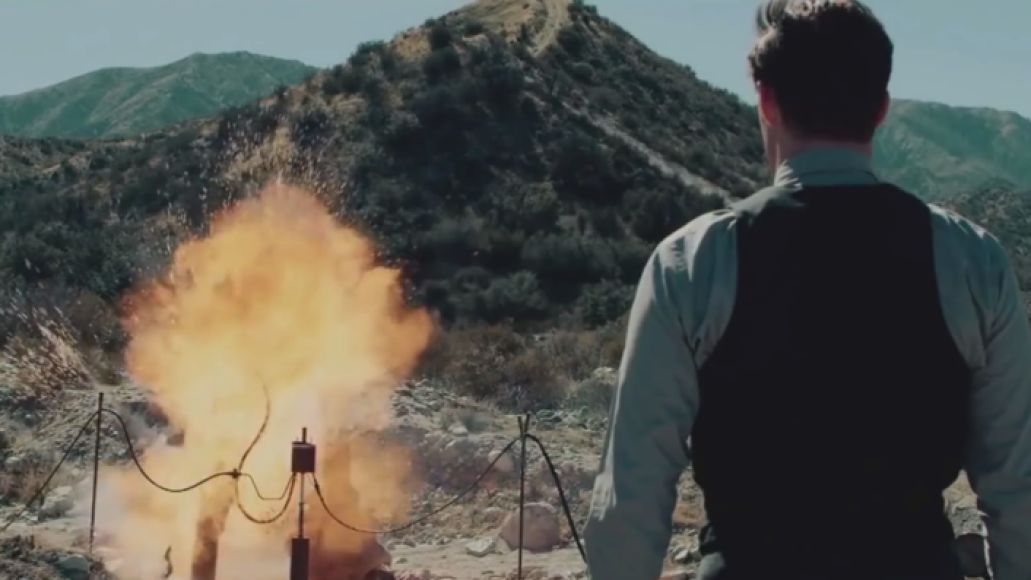 The sequences inside Cal Tech, where Jack and his steadfast partner, Richard (Peter Mark Kendall), find themselves further developing their research, are similarly kindhearted, if broader; from the unorthodox grad students who join the cause to Rade Šerbedžija‘s skeptical professor, the series draws these scenes as a more accessible counterpoint to some of its more anguished observations about the zero-sum game of cultural repression. At least in the early going, Strange Angel is equally a biopic about a stubborn optimist and a commentary on the trying times in which he existed, and it’s substantially more compelling when it’s the latter. When it’s the former, the beats can virtually be mapped out: Ernest’s silver tongue will awaken buried truths in both Jack and Susan, their humdrum lives will be challenged by his liberated one, and many of the old-fashioned people around both of them will worry for the souls of their loved ones.

Yet, if Strange Angel embraces the comfort of the familiar early on, the surrealism of Parsons’ real-life story will surely jar it from those shackles before long. After all, rocket science was merely the beginning of Jack Parsons’ adventure, and if the series should remain honest to his experiences, Lowery will have the opportunity to take Jack and Susan to some truly bizarre places. Reynor and Heathcote are more than capable of taking the story where it needs to go, Reynor’s cocksure swagger a strong complement to Heathcote’s boundless quiet longing. In the last image made available to critics in advance, after a few hours of setup that’s at once engaging and almost entirely familiar, Strange Angel begins to hint at the show it might yet still become. Subversion was hardly impossible in 1940s America, but it arrived with no shortage of adversity and left so many of the people trying to do it torn between the world they’d always known and the one they’d give anything to reach.

TV Review: Strange Angel Is a Story of Repression That Needs to Cut Loose