Third Eye Blind have seen no shortage of their ubiquitous radio singles covered by the young bucks (and karaoke crooners), and now the ’90s hitmakers are repaying the love. The band has announced a new covers EP called Thanks For Everything, a seven-song effort featuring some artists you wouldn’t typically see alongside 3EB.

Songs by Tim Buckley, Queens of the Stone Age, and Bon Iver are included on the album, as are artists like alternative dance singer Santigold, Pacific Northwest indie outfit Chastity Belt, and Oakland-based rockers Happy Diving. Frontman Stephan Jenkins went for some deep cuts, too, with the band covering the title track from Bon Iver’s 2009 Blood Bank EP, which few would consider to be at the forefront of Justin Vernon’s work.

“The idea with this EP was to amplify some of that music and art, and in doing so, catch inspiration for our next album,” Jenkins says in a press release, which also notes that all proceeds from the EP will benefit the Andy Warhol Museum in Pittsburgh.

In advance of the album’s August 24th release, the band has released “Fuck Forever”, a cover of Pete Doherty’s UK rock outfit Babyshambles. Though less consciously sloppy than Doherty’s original cut, Jenkins’ version gives it an anthemic, cathartic feel that’s no doubt born from his views on the US’s current political climate. In a press release, he says, “There’s a raised fist in this song and that’s what we need right now.” Hear it below.

Jenkins has also shared some thoughts regarding the EP’s other covers, which you can check out below along with a video detailing the band’s collaboration with artist Uncutt, who provided the record’s artwork.

We spent some time in the studio recently and are thrilled to bring you ’Thanks For Everything,’ a collection of cover songs, including "Fuck Forever." The EP is out 8/24 with pre-orders available now on iTunes! pic.twitter.com/ng8mg5L6zx

Happy Diving — “Ten”:
“Happy Diving sounds like a 17 year-old skater with a cast on the wrist and hair in the eyes blithe fully flying blind and smiling into a half pipe. The band is carefree and careening, and luxuriating in effortless energy, and I wanted that feeling to inhabit me. ‘I absolutely want to shag the drummer,’ my friend said. ‘Are they doing guitarmony?’ I said. This is like bliss core Thin Lizzy. They broke up shortly after. It bothers me how so few people got to hear their music. Here’s our remedy. We tracked this somewhere in Europe with big smiles on our faces.”

Santigold — “This Is Not Our Parade”:
“Some songs let you see the whole landscape. Exotic, dark and cool. I heard a rave in that song that could burst out. This was one take with everyone in the same room in Memphis at a day off at the famous Ardent Studios.”

Tim Buckley — “Song of the Siren”:
“This has to go on any list of best song ever written. Elizabeth Fraser is also my favorite singer of all time and of course her version is definitive.”

Chastity Belt — “Joke”:
“We saw Chastity Belt at a club in Berlin. The drummer had a broken shoulder. No matter, she had a quiet style anyway. In the studio, I came to grips with what a great singer Julia Shapiro is. She’s Nico of the Northwest, plus she does that cool shit on the guitar.”

Bon Iver — “Blood Bank”:
“When I listen to Justin Vernon, I feel like a better person. I feel pure and authentic and sure of my convictions. I’ve been captivated by ‘Blood Bank’ since I first heard it. I’m so in the landscape of the song, it’s as if I’m in a movie when I’m singing it. ‘Blood Bank’ would be a really good movie — definitely shot on 16mm film. We recorded it in Düsseldorf.”

Thanks For Everything Artwork: 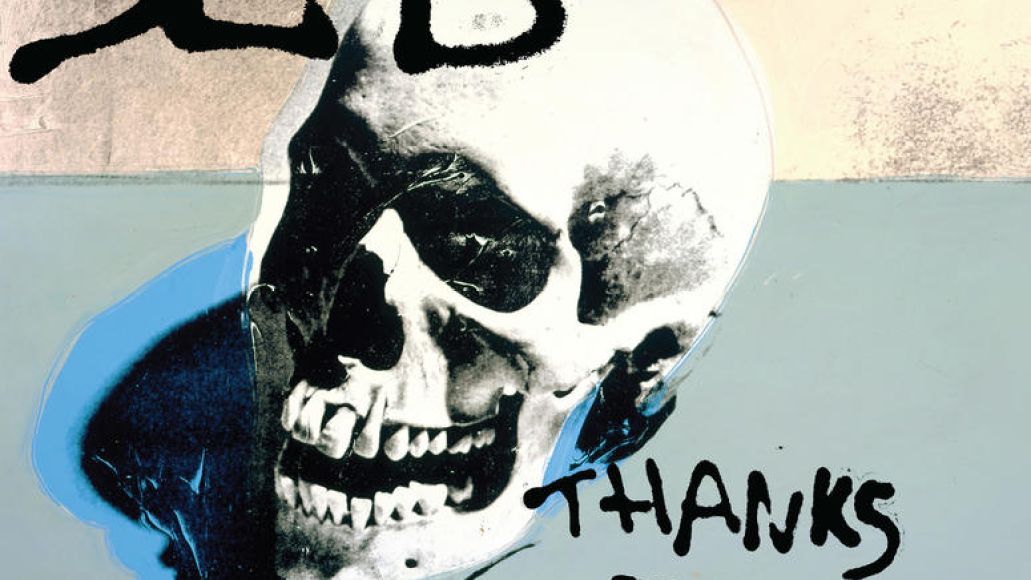 Third Eye Blind cover Bon Iver and Queens of the Stone Age on new EP, Thanks For Everything