The TV arm of the Marvel Cinematic Universe doesn’t have the best track record of late. Despite being one of the Netflix series’ stronger second outings, Jessica Jones season two failed to recapture the magic of season one’s landmark discussion of surviving sexual trauma. Neither Iron Fist nor The Defenders could overcome their poor pacing, forgettable villains, and Marvel’s first big protagonist misstep, the insufferable Danny Rand, and the less said about Inhumans the better. Fortunately, with Freeform’s Cloak & Dagger and the second season of Netflix’s Luke Cage, Marvel TV continues the turnaround it started with Hulu’s Runaways, prioritizing compelling, nuanced character drama over spectacle and CGI.

Cloak & Dagger reimagines its comic book inspirations as teenagers, strangers drawn together by their shared history of trauma and loss and the fateful explosion that granted two unknowing children strange and usual superpowers. The pilot opens with their joint origin stories: Tandy (Olivia Holt), picked up late from ballet by her loving, but overworked scientist father, and Tyrone (Aubrey Joseph), running from trigger-happy police officers with his kind and honorable big brother, reach out and clasp hands underwater as they’re enveloped by dark and light energies, Tandy surviving the car crash that traps her father underwater and Tyrone escaping the police officers who killed his brother. When the two meet again, years later, the dormant powers they somehow acquired that night burst forth, complicating their already troubled lives. There’s more to discover about the explosion and experiments that gave them their powers, but the pilot and subsequent episodes stay focused on what matters: Tandy and Ty’s journeys from the beach where they washed up together to where the series picks up, when their powers begin to manifest.

Opening with the characters’ origin stories, immediately giving audiences not only a glimpse of their lives before the events that would change everything, but also answering the base question of how they got their powers, is the series’ first of several canny storytelling choices. It’s immediately compelling, perhaps the most memorable and effective comic book adaptation opening since The Watchmen’s amazing pre-credits montage. The contrast between who these characters were and who they’ve become is immediately apparent, and it’s not hard for audiences to begin filling in gaps. More importantly, it makes viewers want to start imagining Tyrone and Tandy’s lives. It’s efficient, thoughtful storytelling that gets the pesky question of “How?” out of the way so that the series can focus on “What now?” 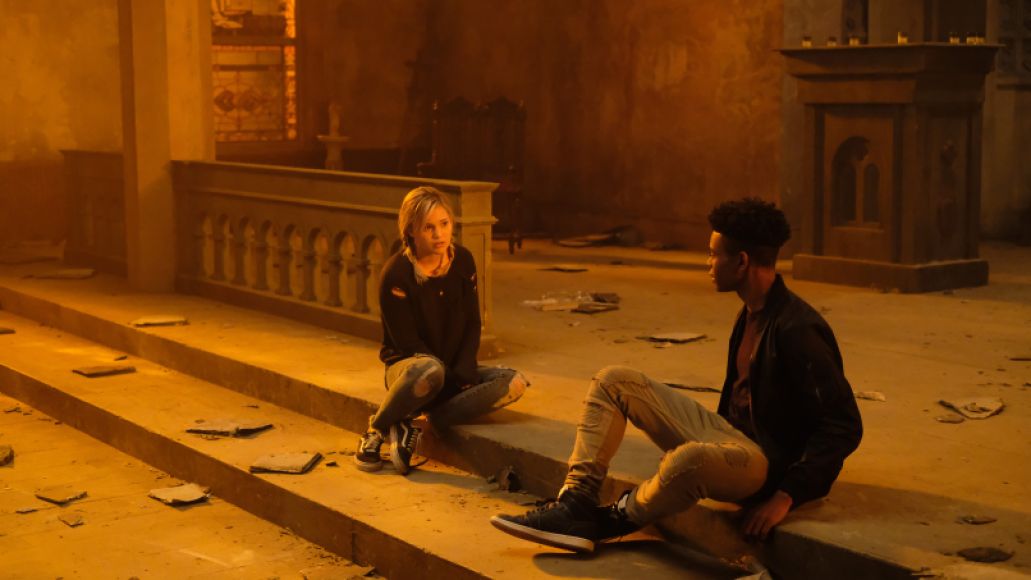 That second question is the more important and the more interesting of the two, and another of Cloak & Dagger’s strengths is how it chooses to engage with it. Rather than dropping into standard teenage existences for both characters, introducing friends and confidants to act as audience surrogates, the series shows rather than tells. Tandy lives on her own, holing up in an abandoned church and returning home to her mother’s only when she needs to. We follow her as she honey pots rich, young men and steals from them, seeing her in action and learning who she’s become through her choices rather than monologues. Tyrone is living a much more traditional TV teen life, but his anger over his brother’s murder comes roaring back to the surface when he discovers the police department covered for the officer who killed his brother, an officer they claimed did not exist and that Tyrone had misremembered and misidentified. His alienation from his schoolmates and parents is all the more powerful for how relatable it is, and like so many teens, Ty pulls inward as he struggles to deal with his rage. It would have been easy to pair the two up immediately or introduce them with a superhero meet-cute. Instead, the series takes its time setting them up individually and diving into their psyches before having them interact meaningfully in the present.

This patient approach immediately starts paying dividends thanks to the strong performances of both Holt and Joseph. They’re curious and emotive, without overplaying the intense material they’re given, and they have terrific chemistry together. The early episodes of the season focus almost entirely on the central duo, but there are also strong supporting performances from Andrea Roth and Gloria Reuben as Tandy and Tyrone’s mothers. With only a handful of episodes having aired so far, it’s too early to place Cloak & Dagger next to Agent Carter, Jessica Jones, and season one of Luke Cage as one of the MCU’s best TV series, however it’s off to a terrific start and well worth catching up with for any comic book fans leery of the characters’ teenage reboot or the show’s home at teen-centered Freeform.

While audiences will need to wait week-to-week to explore the world of Cloak & Dagger, they can dive right in with season two of Netflix’s Luke Cage. The first season of the series has been hailed by some as one of Marvel’s best, a specific and visceral adaptation with excellent performances and powerful storytelling. Unfortunately, the Marvel Netflix series have a habit of delivering strong freshman outings only to follow them up with disappointing sophomore seasons. That trend ends with Luke Cage. While the season starts shakily, bogged down by a large cast of disparate characters and some underwhelming performance beats, the season finds its legs by episode three and steadies itself before standing tall and delivering consistent, entertaining, and thoughtful television. Most Netflix series, particularly the Marvel adaptations, struggle with overly long seasons. They start strong, build momentum, then stall out as they hold back plot points and character developments for the final stretch of episodes. Not so with Luke Cage, which wisely puts Luke on the back foot early in the season, allowing him to organically gain ground and then falter several times. There’s no sense of false jeopardy, unnecessary dithering, or the narrative demanding foolish, out-of-character mistakes, which makes for a much more satisfying season, particularly in a binge-viewing model. 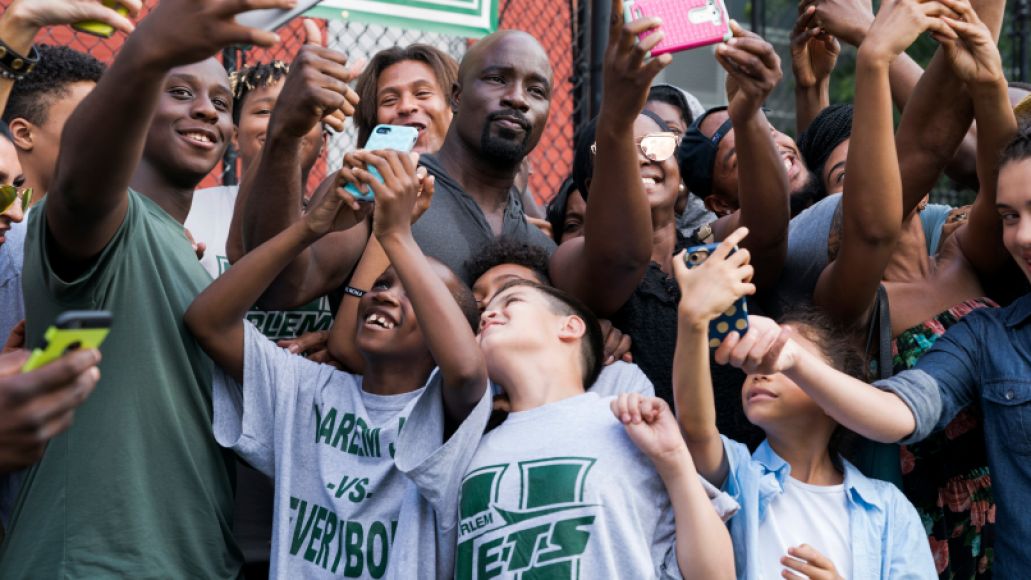 Season two learns from the mistakes of the end of season one and centers its conflict and drama on Black Mariah’s (Alfre Woodard) family history, rather than Luke’s. Instead of surprising Luke (Mike Colter) with another specter from his past, it’s Mariah who has ghosts to contend with, and the battle between Mariah and her rival, Bushmaster (Mustafa Shakir), for Harlem inevitably pulls Luke into its crosshairs. Luke, in the meanwhile, is still processing the events of the end of season one and The Defenders. He’s holding on to lots of anger towards his father (the great Reg E. Cathey, in his final role) and that bitterness is poisoning him, pushing him more easily towards violence when previously, his cool head and intellect would have prevailed. This prompts tension in Luke and Claire’s (Rosario Dawson) relationship and thread of familial sin and the power of forgiveness versus fury runs through the season.

Like Cloak & Dagger, the second season of Luke Cage is full of smart writing choices. The strength of Luke and Claire’s bond is never questioned, nor is Luke’s connection to Harlem. Luke and Misty Knight (Simone Missick) pick right back up as bantering comrades against Harlem’s criminal underbelly, and Colleen Wing (Jessica Henwick) pops up at just the right time, for just the right length. Bushmaster is intriguing and well-motivated, with a sense of history and a fierce drive, and each featured supporting character displays depth, a specific and valuable perspective, and then exists, stage left, as soon as they’re no longer needed. The visual style and kinetic, music-driven fight scenes from season one return, and while there may be a few more scraps than the show necessarily needs, the writers make sure to bring some creativity to Luke’s predicaments. The show is particularly successful with Bushmaster, Luke’s primary super-powered opponent. The fight coordinator, stunt coordinators, and stunt doubles give Bushmaster a distinct physicality and fighting style that makes both him and the Luke/Bushmaster fights stand out, which makes these fights easier to follow.

As in season one, the performances are terrific. Colter once again grounds the show and brings complexity to even the most straightforward beats. Luke takes a while to get to realizations Claire (and the audience) can see miles away, but Colter makes that journey relatable and satisfying, rather than frustrating. Misty is promoted to almost co-protagonist in season two, and Missick makes the most of her extra screen time. After certain season two episodes, fans of Misty will be clamoring for a Daughters of the Dragon spin-off starring Misty and Colleen, and based on their time together in season two, Missick and Henwick are more than up to the task. Dawson remains one of the highlights of the entire MCU, elevating every scene she’s in and bringing out the best in her scene partners, and new addition Shakir makes an instant impression as Bushmaster. Woodard is reliably excellent, and as mentioned earlier, the increased focus on Mariah works very well. Unfortunately, her relationship with Shades (Theo Rossi) lacks the sizzle one would hope for — Woodard and Rossi have excellent chemistry as co-conspirators, but despite their individual charisma, they’re surprisingly unconvincing as a romantic pair. Despite that, the villainous side of the ensemble remains well cast and well-drawn, an essential part of the success of season two. 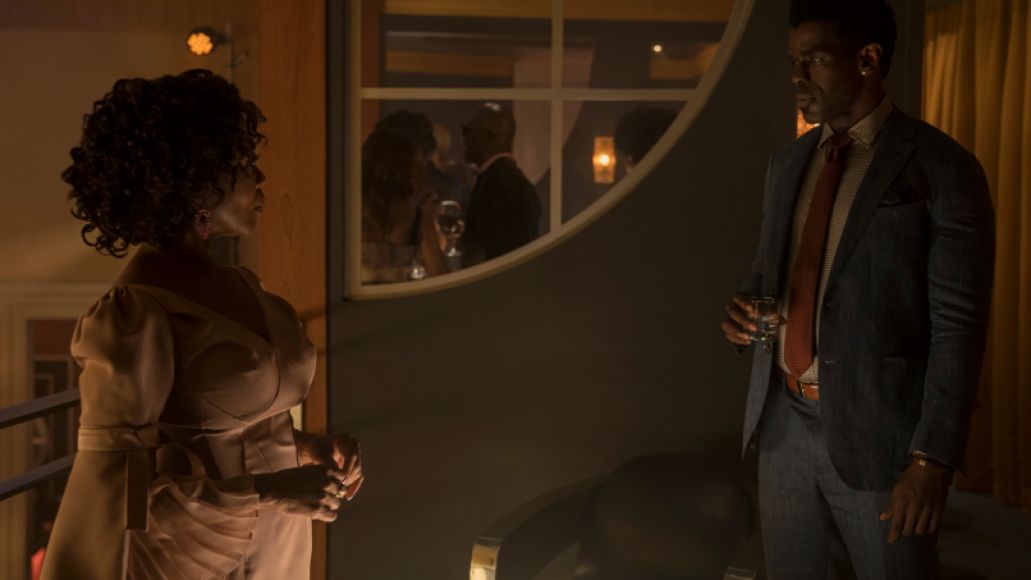 As Marvel continues to expand its slate of superhero TV, it’s encouraging to see its most recent additions, Cloak & Dagger and Luke Cage season two, learn from the mistakes of their predecessors and deliver consistently engaging, thoughtful television. It remains to be seen if this trend will continue and Marvel TV is finally moving past its focus on drawn-out, self-serious, origin-story-heavy narratives. However, if future Marvel offerings can build on the successes and careful recalibrations shown in both of these series, there’s a lot for fans of comic-to-TV adaptations to be excited about.