AMC’s new dark comedy Dietland belies easy description. It’s part character drama, part beauty industry satire, part conspiracy thriller, and part anti-patriarchal revenge fantasy — Fight Club by way of Ugly Betty, Mr. Robot with a dose of The Devil Wears Prada, My Mad Fat Diary meets Hackers. That Dietland can only be described in pop culture mash-ups speaks to the fact that there’s never really been anything like it before, at least not told through a primarily female perspective. Based on Sarai Walker’s 2015 novel of the same name and created for TV by Marti Noxon (UnREAL, Girlfriends’ Guide to Divorce), Dietland is charting new ground. Because of that, it can be hard to get a handle on exactly what you’re watching. But while that sometimes makes for a frustrating viewing experience, it also makes the series pretty damn intriguing, too.

Dietland centers on Alicia “Plum” Kettle (Joy Nash), a woman who — at least when we first meet her — defines herself solely through her self-hatred of her body. She has a lovely singing voice, she’s a masterful baker, and she manages to sneak slightly subversive political statements into her job as an advice column ghostwriter for the teen fashion magazine Daisy Chain. But Plum is convinced her life won’t actually begin until she’s finally achieved the willowy figure she’s been dreaming about since childhood. By her own description, Plum’s life is small. Her sole focus is on saving up and slimming down for gastric bypass surgery. But Plum’s world gets a whole lot bigger when she suddenly discovers the existence of three underground feminist organizations: A mysterious “deprogramming” group that operates out of Daisy Chain’s beauty closet; a religious diet cult turned new age body positivity therapy program; and a violent female-led cabal intent on dismantling rape culture one dead rapist at a time.

It’s worth pointing out that Fight Club isn’t just an inadvertent reference point for the series. Sarai Walker’s novel was partially inspired by David Fincher’s 1999 film about an all-male underground fighting ring. But Dietland isn’t simply a gender-flipped take on Fight Club’s seedy world of violent social rebellion. It’s an attempt to explore femininity in the same heightened manner in which Fight Club explores masculinity. Thus Dietland tackles, well, just about everything that makes up the female experience: Body image, beauty standards, thin privilege, fat acceptance, mental health, medication, religion, mother/daughter relationships, female friendships, dating, sex, sexual assault, rape culture, street harassment, and the capitalistic power structures of the beauty and fashion industries. It’s a lot for one show to handle, and in its first three episodes, Dietland often feels like it’s teetering on the brink of collapse. But the moments where the show snaps into focus are legitimately thrilling to watch.

There’s a real formal inventiveness to Dietland, too. Plum’s off-kilter, frequently pessimistic worldview is conveyed in comedic cutaways, heightened fantasy sequences, and animated interludes, the latter of which sometimes makes the show feel like a dark and twisted Lizzie McGuire. Admittedly, not all of the fantastical elements work, but the high points outnumber the lows and contribute to Dietland’s refreshingly original tone.

Though Dietland’s “fight the power” rape culture revenge fantasy is its most overtly provocative element, it’s the beauty- and body image-related stuff that will probably prove to be the show’s thorniest topics. The recent rise of body positivity and fat acceptance movements (unquestionably great things) have the side effect of making stories about insecurity feel old-fashioned or out of touch, even though I’d argue that for plenty of women they aren’t. Meanwhile, the current popularity of lipstick feminism — in which fashion and beauty are reclaimed as elements of female self-empowerment — has turned discussions of the beauty industry into a double-edged sword. Is it feminist or anti-feminist to write-off makeup primer as a sexist, capitalistic scam? Is the fashion industry a worthy target of feminist satire, or is it actually a form of internalized misogyny to attack such a female-focused element of culture? 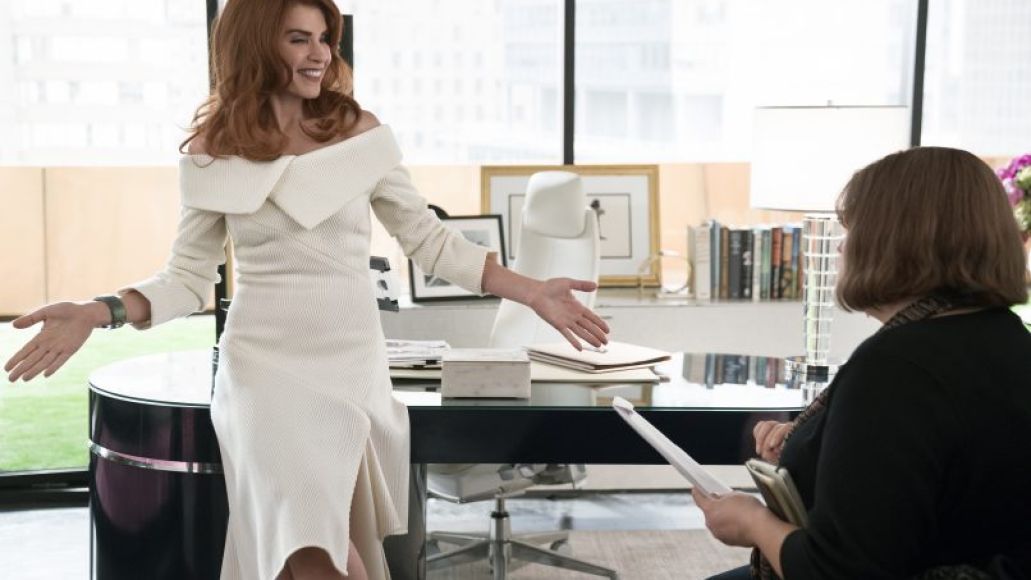 Ideally, Dietland is well aware of those messy, conflicting ideas and will weave the contradictions into something thematically rich. Based on its first three episodes, however, it’s unclear if the show’s beauty industry critique is nuanced and layered or only skin-deep. So far the elements of the series focused on Daisy Chain editor Kitty Montgomery (an enjoyably campy Julianna Margulies) are its weakest. Kitty is a standard-issue, passive-aggressive magazine editor archetype — the umpteenth take on Miranda Priestly, albeit one that’s slightly less icy. And while Margulies is clearly having a lot of fun getting to play outside her usual acting sandbox, so far that’s not enough to make Kitty feel like a vital part of the series.

Thankfully, Dietland works far better when it keeps its focus on Plum. Joy Nash is a great anchor for the series. Despite the heightened world around her, Nash keeps Plum’s self-consciousness grounded in emotional reality. And Nash remains consistently compelling to watch, even in the show’s messiest moments. To be fair, all of the show’s characters, including Plum, suffer a bit because the early episodes focus on world and tone building to the detriment of everything else. But supporting players portrayed by Erin Darke (as a rebellious free spirit), Tamara Tunie (as a beauty industry double agent), Adam Rothenberg (as a charming detective), and Robin Weigert (as a new age therapist) all have a lot of promise.

Despite its shakier moments, what’s most exciting about Dietland is that it has true scope and ambition. This is a female-centric series that isn’t just about the world of its female protagonist, but about the world, period. Like so many women, Plum operates with an air of preemptive apology; she’s uncomfortable taking up space — both literally and figuratively. Dietland, however, is refreshingly unapologetic.