Gone are the days of sequels being titled in sequential order, as the title-colon-ominous-promise-of-epic-stakes (see: Avengers: Infinity War, How to Train Your Dragon: The Hidden World) has more or less become commonplace. Wonder Woman, the crown jewel of the DC Extended Universe, is switching things up at least a little bit for its upcoming sequel, which, we now know, will be called Wonder Woman 1984. As we’ve previously noted, Gal Gadot and Patty Jenkins will be returning in their respective roles as star and director, while Kristen Wiig has officially been cast as villain Cheetah.

Now, with Warner Bros. having released a few pictures from the film, it appears another character will also be in the mix, one that we—spoiler alert—saw perish in an airplane explosion. Yep, Chris Pine will be reprising his role as Wonder Woman’s love interest, Steve Trevor, though we’re not sure in what capacity. As The Playlist points out, he’s wearing a Members Only jacket in the below photo, meaning that he’s less likely a ghostly reminder of what Gadot’s superhero has lost, but, rather, a living part of the era promised by the film’s title. 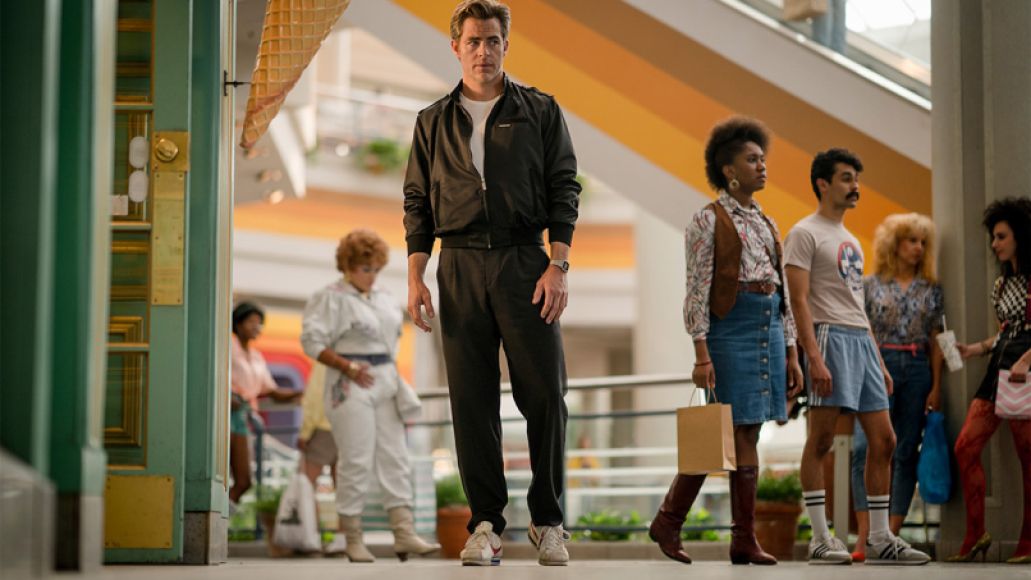 Whatever the case, we’re happy Pine, who’s earned his role as Hollywood’s go-to for endearing hunks, is coming back, especially if it means they keep the rest of the DC Universe out of frame. Luckily, the time period here more or less assures us that’ll be the case.

Update June 27th 1:45 PM: Jenkins has tweeted out a new image that gives us our first look at Wiig as Cheetah. The shot is very much a tease, as it’s just Wiig’s Barbara Minerva standing in a museum surrounded by safari animals. Hopefully we’ll get to see her become one herself soon, but for now, check out the new picture below.