Five seasons in, Steven Universe is a full-on TV nerd obsession. It has a devoted fandom, it’s been nominated for the Outstanding Short Form Animation Emmy the past three years running, and the finale of its recent Steven Bomb (a set of episodes aired daily over at least a week) was one of cable’s highest-rated episodes the night it aired. Yet, as an animated series of 11-minute shows centered on a young teen and his adventures with his super-powered alien family and friends, it’s often dismissed by those unfamiliar as a run-of-the-mill kids’ show and still struggles to break through with mainstream critics and audiences.

Steven Universe is an absolutely beautiful series. It has gorgeous animation, moving themes and writing, lovely voice work and music, and exciting action set-pieces. It tells the story of Steven Universe, a half-human, half-Gem (read: alien) boy growing up in Beach City with his father, his adoptive aunts (also Gems), and his friends. Steven and his aunts, the Crystal Gems, defend the Earth from invaders and work to unravel and recover from the trauma of a great gem rebellion that Steven’s mother, Rose Quartz, led against the oppressive Great Diamond Authority. They also head down to the arcade, go on road trips, and play with Steven’s pet lion.

The show has something for everyone, but with 152 episodes already in the bank, the notion of diving in can be daunting, particularly considering its dense mythology. If you’re still on the fence, here are episodes sure to pique the interest of even the most skeptical viewer. 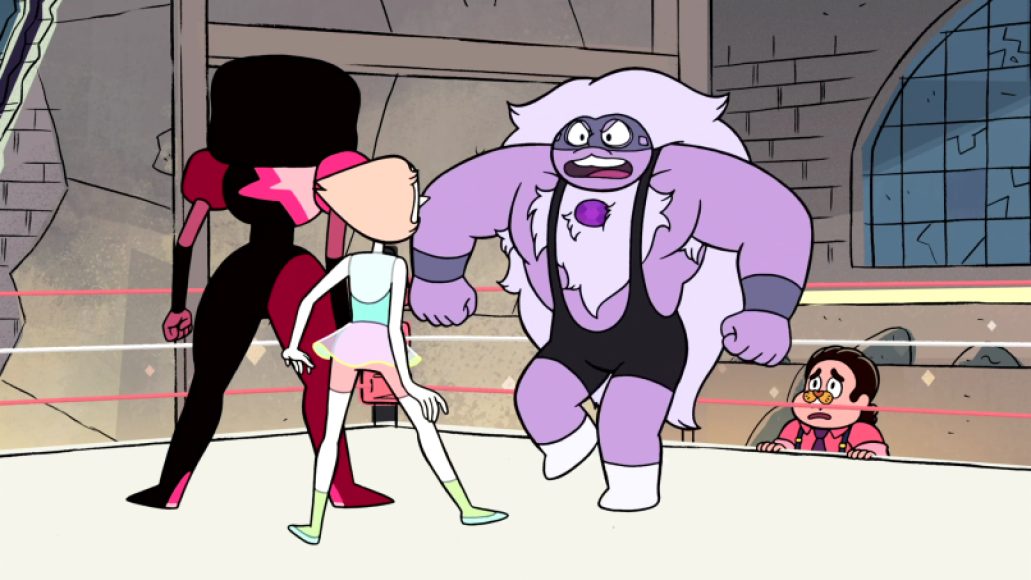 What you need to know: Steven has three super-powered aunts, Garnet, Amethyst, and Pearl, and they can shape-shift.

Why it’s great: Steven Universe understands fandom and expression like few other shows, and it demonstrates that right off the bat in “Tiger Millionaire.” The episode is a love letter to professional wrestling. It’s able to capture what makes wrestling such a cathartic communal experience because it respects it, embracing wrestling as a very different, but undeniably compelling, form of entertainment and performance. This episode is light, breezy, and fun, but at its core is an exploration of communication, anger management, and healthy coping skills. 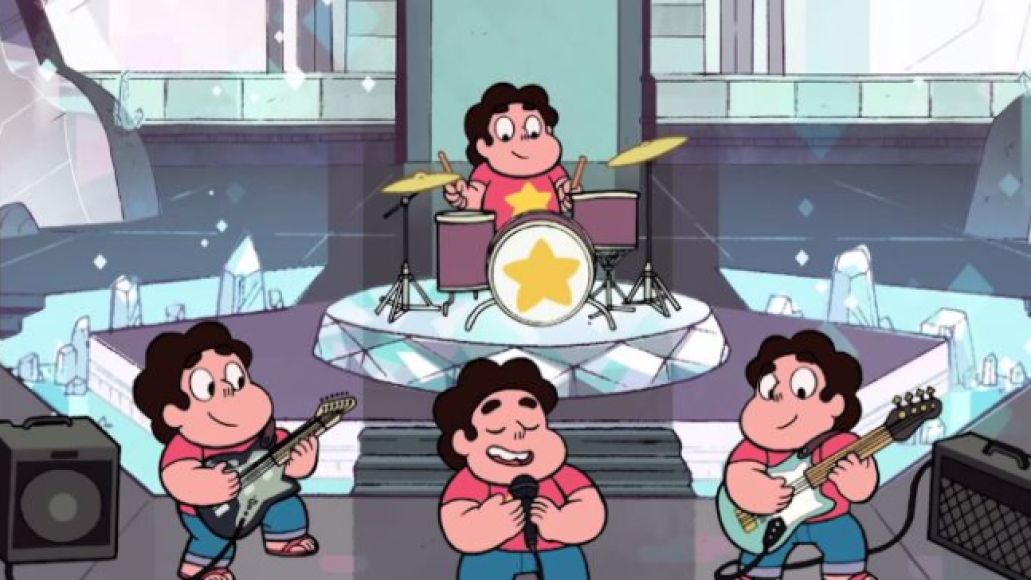 Start with: “Steven and the Stevens,” Season 1, Episode 22

What you need to know: Nothing. As long as you’re willing to go along with the basic premise of the show, this is a pure standalone.

Why it’s great: Steven Universe takes a wonderfully low-stakes approach to time travel, a popular genre conceit, and manages to put together an initially lighthearted episode that turns disturbing by the end. The closing lines of the episode are an early indicator of the series’ interest in and commitment to Steven’s mental health and the trauma any child would feel after the events that fill Steven’s days. It’s also a creative new take on a familiar device and one that incorporates the show’s soundtrack and score to delightful effect.

Further exploration: The time-travel device in “Steven and the Stevens” first appears in the show’s un-aired original pilot. It’s a strong episode and an effective and efficient introduction to the show’s main characters and dynamics and well worth seeking out. 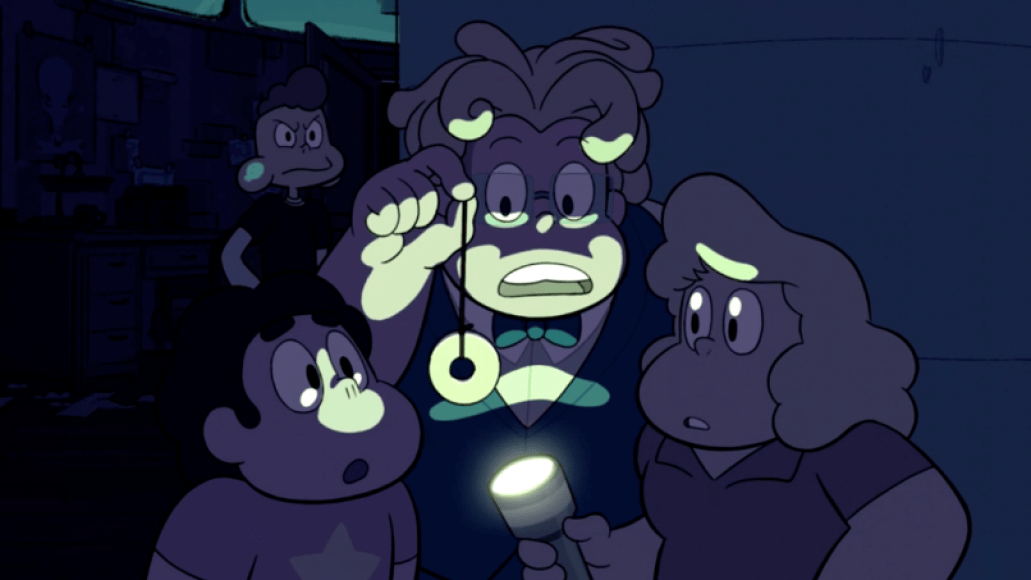 What you need to know: When injured, Gems’ physical forms pop and the beings retreat into their gem to heal. If their gem is cracked, all sorts of unexpected things can happen.

Why it’s great: This is another mostly standalone episode, one examining Steven’s relationships with his friends and fellow town-mates and their relationships with each other. It just uses the language and visuals of horror to do so. Ronaldo, the town conspiracy theorist, and Sadie, who works at the donut shop, have an affinity for schlocky horror movies, the gorier the better. When Steven, Ronaldo, Sadie, and Lars find their horror movie night interrupted by a potential poltergeist, Ronaldo and Lars’ past baggage comes roaring back to life, as any horror aficionado knows it must, and along with Steven, they find themselves in a race to save Sadie.

For Fans of Chosen-One Narratives 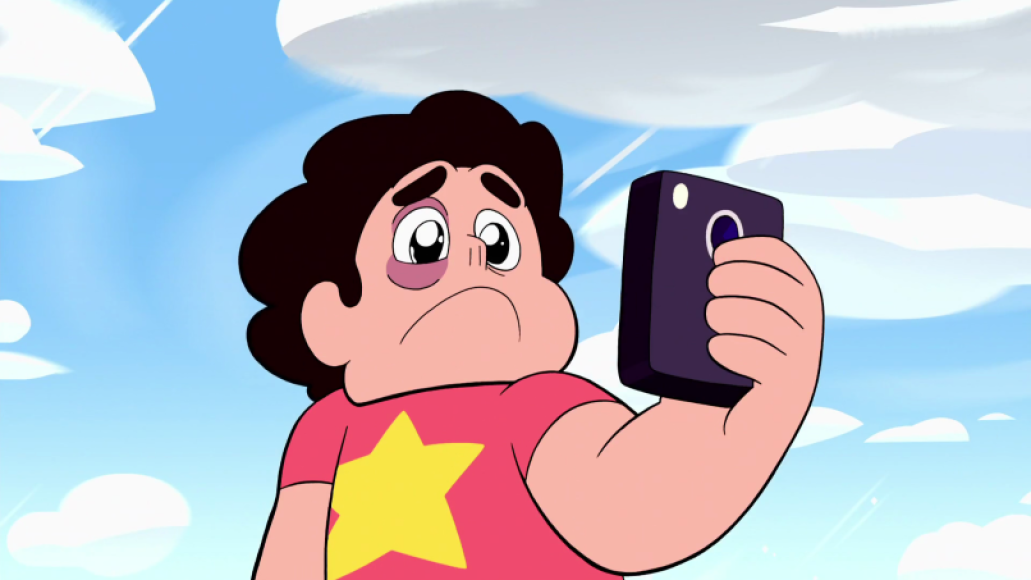 What you need to know: Steven just survived a massive, traumatizing battle.

Why it’s great: It’s all fun and games until you’re space-jailed, nearly die, and barely save the planet. When Steven gets a taste of the life-or-death stakes of his aunts’ work protecting the Earth, it’s time to make some decisions and quickly. “Full Disclosure” follows Steven as he copes with the trauma of his latest adventure. It’s Steven Universe’s answer to Buffy the Vampire Slayer’s “Anne” or the early chapters of Harry Potter and the Order of the Phoenix: Now that the hero knows the stakes, can he return to his life and friends? Steven answers these questions and more, showing its maturity and creativity and strengthening its commitment to Steven’s humanity and that of those around him.

Further exploration: There are plenty of other recognizable Chosen One steps that Steven goes through, but if “Full Disclosure” has you intrigued, you’re best off just starting from the pilot. Sure, the early episodes are very standalone, but the cumulative effect of the narrative is much more impactful than skipping to Joseph Campbell’s famous mile-markers.

For Performance and Drag Fans 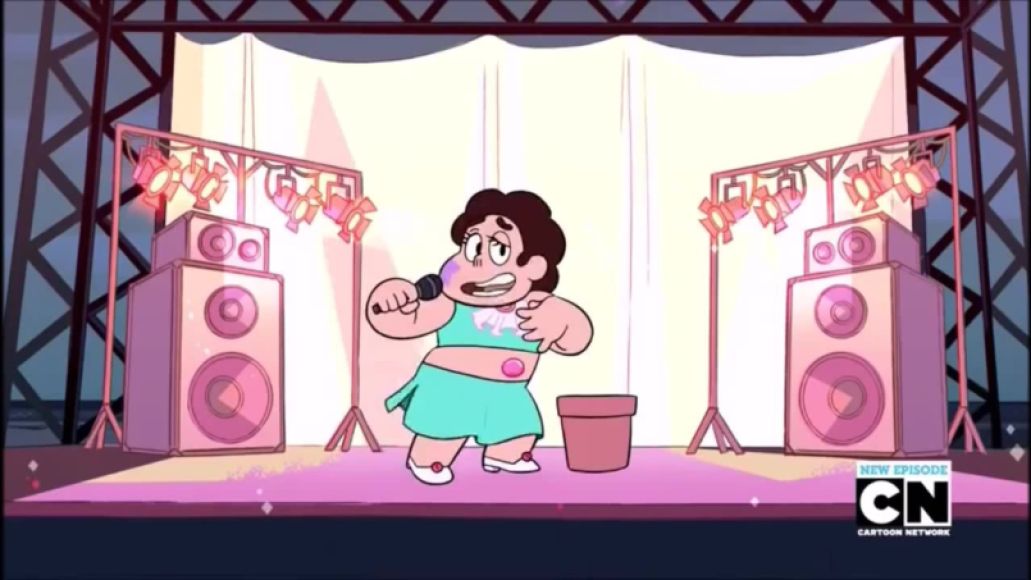 What you need to know: Nothing. This is another pure standalone episode.

Why it’s great: The son of a rock musician and a natural ham, Steven has no trouble in the limelight, but this episode focuses instead on Sadie, Steven’s friend from the local donut shop. “Sadie’s Song” begins as a familiar “Let’s put on a show!” narrative, but it turns partway through, exploring identity, anxiety, and acceptance. The individual connection each person shares to music and performance runs through the episode, as does the weight of expectation and the ability of people to either find or lose themselves on stage. The episode culminates in a terrific performance of Sadie’s titular song, “Haven’t You Noticed That I’m a Star,” a creative solution to the episode’s central tension and a worthy interpretation of a catchy, fun tune.

Further exploration: Sadie’s musical exploration continues in season five with “Sadie Killer,” episode 9, and “The Big Show,” episode 14. Fans looking for explorations of gender should seek out “Alone Together,” Season 1, Episode 37, which introduces a prominent genderqueer character, and fans of RuPaul’s Drag Race may wish to seek out “Lars of the Stars,” Season 5, Episode 11, which features the voice acting of Jinkx Monsoon, winner of RuPaul’s Drag Race season five.

A Beginner's Guide to the Emmy-Nominated Steven Universe