Global Citizen, the international advocacy organization responsible for the annual New York festival of the same name, will host Global Citizen Festival: Mandela 100 in Johannesburg, South Africa to commemorate the 100th birthday of Nelson Mandela. Today, the lineup for the Joburg fest has been revealed, and it’s a doozy.

Set to take place December 2nd at Joburg’s FNB Stadium, the festival serves as the culmination of a series of events across the world celebrating the centennial of Nelson Mandela, one of history’s greatest revolutionaries and leaders. The words of Mandela’s final speech in 2008 — “We all have the opportunity to be great and play our part” — act as a motto for the fest.

“Nelson Mandela was one of the greatest examples of resistance, patience and forgiveness that our world will ever know,” said Global Citizen co-founder and CEO Hugh Evans in a statement. “It is our great honor to campaign in his name and answer his call to be the generation to end extreme poverty.”

As with similar Global Citizen events, tickets will be given out for free to individuals who perform various charitable actions in the lead up to the festival. Visit the festival’s website for more information. Paid tickets will also be available at a later date.

Along with its charitable initiatives, Global Citizen’s year-long campaign aims to rally $1 billion in new commitments, with $500 million dedicated to the lives of 20 million women and girls worldwide. 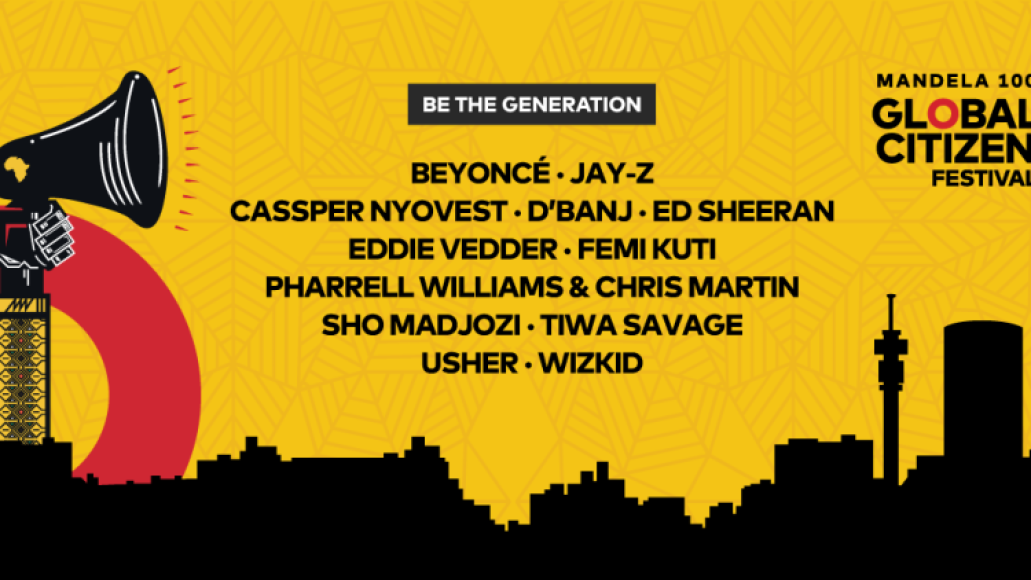