Desert Daze has expanded the lineup for its 2018 edition. The festival’s seventh edition is set to take place October 12th-14th in Lake Perris, California.

Highlighting the latest wave of additins is My Bloody Valentine, who join the bill along with Shellac, Escape-ism, and Yonatan Gat & The Eastern Medicine Singers. Escape-ism’s Ian Svenonius will serve as “the reverend of the Desert Daze opening ceremonies.” Steve Albini is also set to participate in a speaking engagement, while Julia Holter will be performing with a full orchestra and string section. GUM, the side-project of Tame Impala’s Jay Watson, has also been added to the fold, marking the first time Tame, POND, and GUM have all been present on the same lineup. 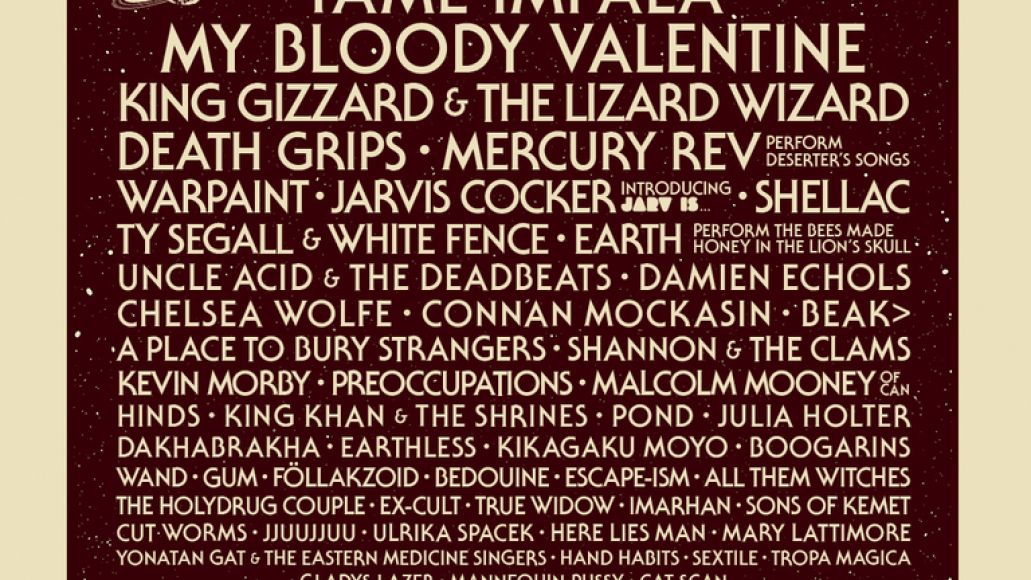