Green Day’s Grammy-nominated hit “American Idiot” is currently working itself back into the top of the British music charts — 14 years after its initial release. The track’s revival is all part of a campaign protesting President Donald Trump, who is scheduled to visit England for the first time this Friday, July 13th.

British protestors have been furiously downloading and streaming the 2004 single since last week with the hopes that “American Idiot” will be No. 1 just in time for Trump’s touchdown. “Let’s give him the welcome he deserves,” social media accounts for the campaign wrote, adding, “We’re doing this for the amusement as it WILL annoy him.” (And we all know man-child POTUS loves his tantrums.) As of July 6th, the song reportedly had already topped the British charts over on Amazon.

(Read: Ranking: Every Green Day Album from Worst to Best)

While “American Idiot” obviously wasn’t penned specifically with Trump in mind, the politically charged track has been given a new life since his election. And although Green Day haven’t officially supported the campaign, they have expressed their anti-Trump sentiments plenty in the last two years.

Previously, they chanted “No Trump/ No KKK/ No fascist USA!” during a performance at the American Music Awards shortly after the 2016 Presidential Election. Green Day also depicted Trump as an apocalyptic zombie in the 2017 music video for“Back in the USA”. And just earlier this year, frontman Billie Joe Armstrong blasted Trump supporters (some of whom he acknowledged were also Green Day fans), saying, “I have no problem telling ignorant fucks like you to go to hell.”

Trump had reportedly asked British Prime Minister Theresa May to guarantee there would be no protests during his visit. She is said to have turned down his ludicrous request. If the #MakeAmericanIdiotGreatAgain campaigners are successful, Trump will have more to be embarrassed about than just protests on the street.

Stand by…the chart begins at 00:01 on Friday and so do we

Buy a download & stream @GreenDay 'American Idiot' between Friday 6th to end of Thursday 12th July to make it the UK No.1 single on the very day Trump arrives in the UK (13th) 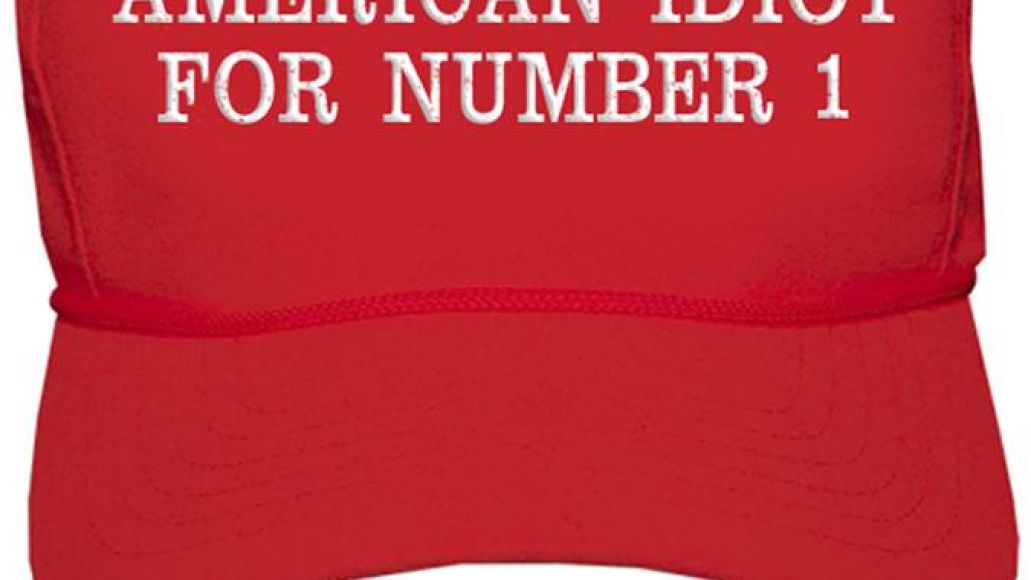 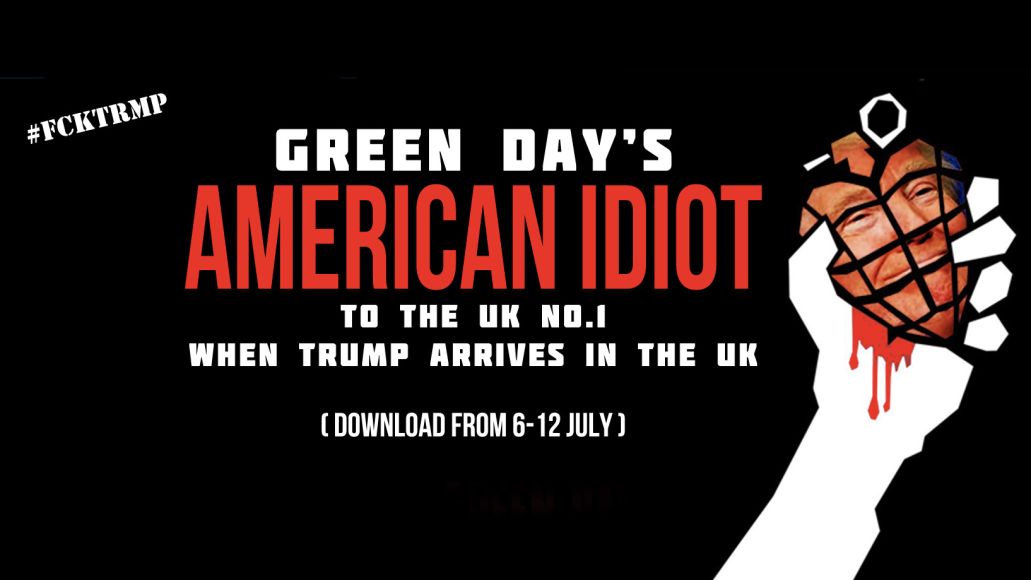 Campaign launched to get Green Day's "American Idiot" to No. 1 in time for Trump's UK visit