Next year will mark the 25th anniversary of Green Day’s seminal 1994 album Dookie, which introduced a generation of disaffected teens to “Longview”, “Basket Case”, “When I Come Around”, and a whole slew of other songs 30-somethings still sing to this day. You’ll probably still get to hear those cuts if you catch the still-thriving pop-punk outfit live, but what of the album’s deep cuts? Who doesn’t love “Havin’ a Blast” or “F.O.D.” or salacious secret track “All By Myself”? Well, there’s a good chance you’ll be hearing those soon, too.

A new Instagram post from drummer Tre Cool reveals that the band’s been rehearsing the album as of late and, though they haven’t formally announced it, it’s leading a lot of people to believe that a Dookie anniversary tour is on the horizon. The band playing the album in full isn’t unheard of, either, as they did so at Reading & Leeds back in 2013. 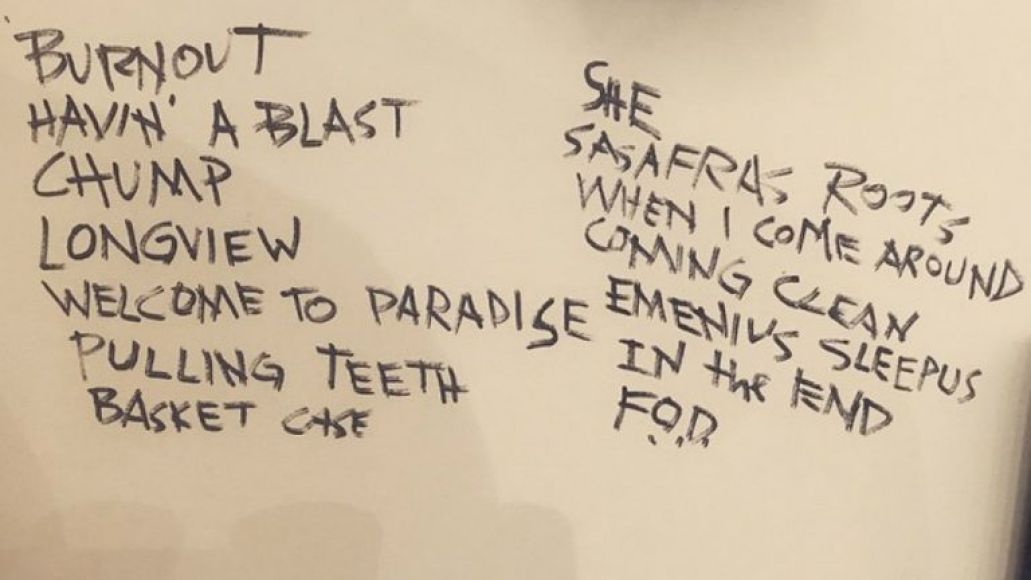 As we wait for the announcement, the band is staying busy in other ways, whether it be developing that American Idiot movie, trashing Trump supporters, or pioneering new side projects, like Billie Joe Armstrong’s The Longshot. Green Day’s last LP was 2016’s Revolution Radio.