Setting the Stage: It’s been a brutal July in the New York City area, plagued by muggy or rainy weather for most of the month. But on Sunday night (July 29th) at the Northwell Health Theater at Jones Beach in Long Island, the only brutality came from five powerhouse metal bands, as the weather was perfect, aided by a welcome ocean breeze.

With the announcement back in January that Slayer would embark on one final world tour, a sea of fans in black t-shirts made their way into the outdoor venue knowing they were in for a historic night. And as an added treat, they’d be witnessing a legendary lineup of bands.

While billed as a headlining Slayer show, the lineup could easily pass for an all killer, no filler one-day metal festival. Slayer, Anthrax and Testament are all legends of thrash metal, while Lamb of God are among the torchbearers of modern metal, and Napalm Death are extreme-metal pioneers. 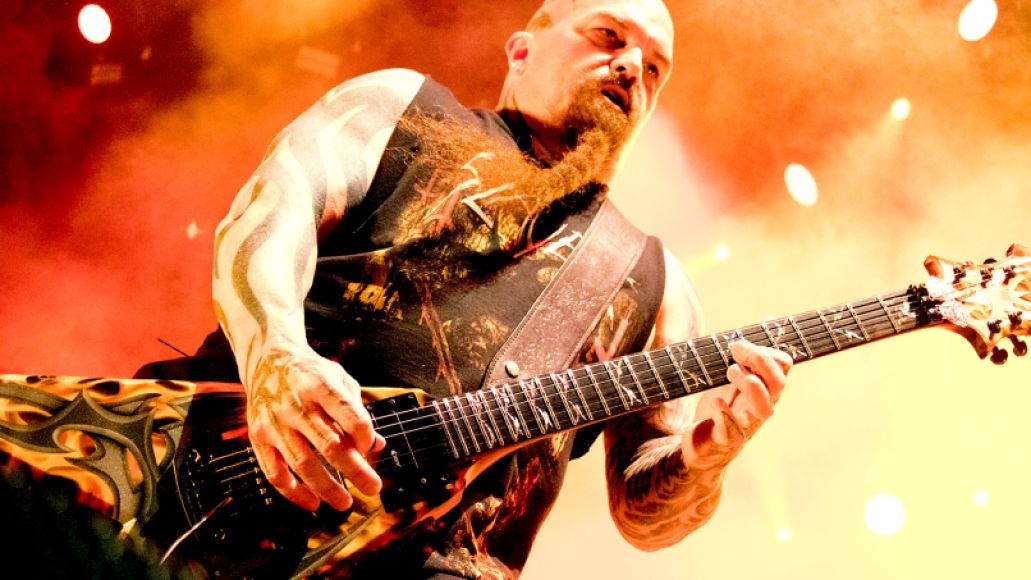 Taking the Stage: Napalm Death kicked off the evening at 5 p.m., with the venue sparsely filled at the time. The empty seats didn’t deter frontman Barney Greenway and company from delivering an intense set that packed 11 songs into 30 minutes.

Next up was Testament, with singer Chuck Billy leading the charge in a seven-song set featuring three cuts off the band’s second album, New Order, which turned 30 years old this year, and two songs off their most recent album, Brotherhood of the Snake.

As the venue started to fill up, New York’s own thrash legends Anthrax hit the stage in full daylight, with singer Joey Belladonna and guitarist Scott Ian taking turns pumping up the hometown crowd. Limited to an eight-song set, Anthrax stuck to the classics, only playing one song off their most recent album, For All Kings. The pit was whipped into a frenzy as the band performed such favorites as “Caught in a Mosh”, “Antisocial” and “Indians”. Among the highlights of Anthrax’s set was Ian’s 7-year-old son Revel headbanging and singing along at the side of the stage. 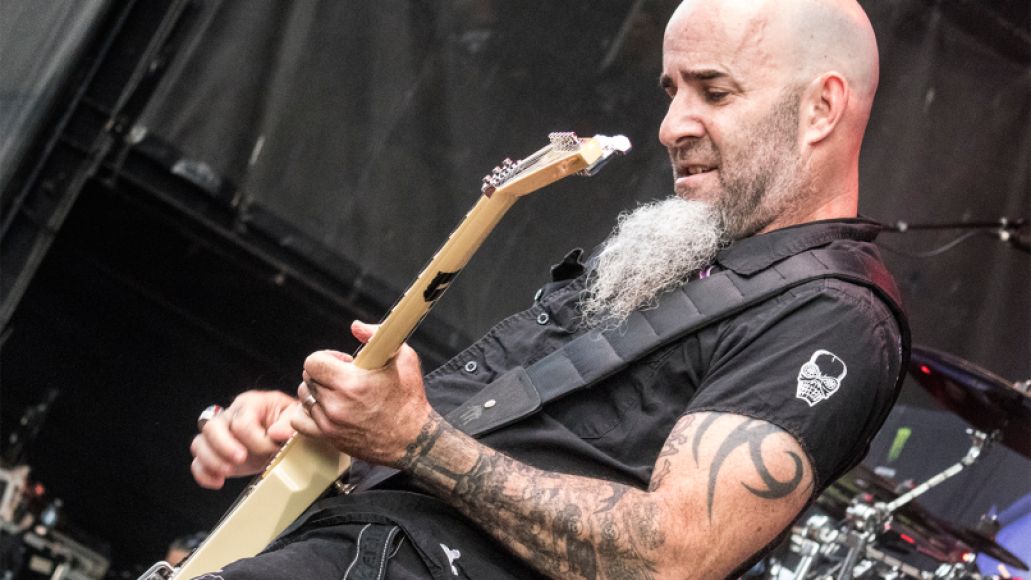 Day turned into night during Lamb of God’s scorching set, which kicked off with “Omerta” — one of three songs played from 2004’s Ashes of the Wake. Frontman Randy Blythe is a true showman, leaping across the stage and banging his head with a fury. In between songs, Blythe offered up dedications to the New York hardcore scene, the Armed Forces and, of course, the mighty Slayer, “the reason why we’re all here.” Blythe introduced “512” as a song “about a shitty place I went to for a little while,” referring to his one-month stay at a Czech prison in 2012 after being accused of manslaughter in the death of a 19-year-old concertgoer, a case that resulted in Blythe’s acquittal a year later.

While a veteran act themselves, Lamb of God showed that they’re among the bands ready to take the reins from Slayer and lead metal into the next decade. The set closed with “Redneck”, as Blythe stirred the crowd into a ferocious circle pit. 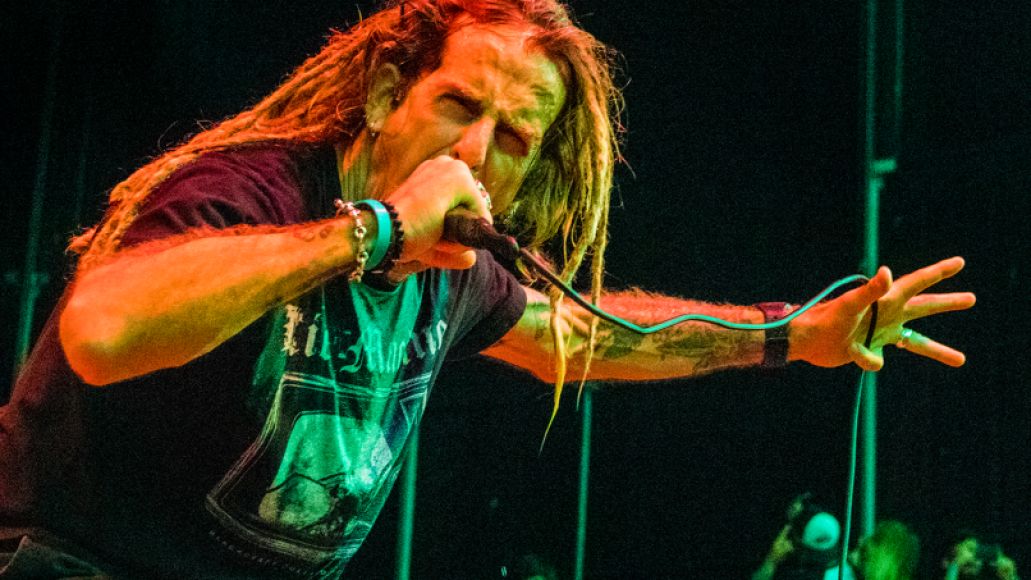 With darkness upon us, it was time for the mighty Slayer to say hello and goodbye to their faithful fans. Even before the metal legends started playing, it was evident they pulled out all the stops for this final tour. An impressive pyro-filled stage lit up behind a screen projecting Slayer imagery as the band members made their way to the stage.

As the screen dropped, Slayer got right to business, kicking things off with the title track to their most recent — and perhaps final — album, Repentless. With flames shooting behind them and impressive backdrops constantly changing throughout the night, Slayer were on top of their game, churning out classics like “War Ensemble”, “Dead Skin Mask” and “South of Heaven” along the way.

Frontman Tom Araya looked svelte and sounded as strong as he has in years, delivering monster screams throughout the night. Guitarist Kerry King, meanwhile, was like a machine onstage, pounding out Slayer’s classic riffs with razor-like precision, as fellow axe-man Gary Holt rocked his solos like a beast. Drummer Paul Bostaph kept the unrelenting pace going from song to song with a thunderous beat.

The crowd was on its feet for all of Slayer’s set, and the pit was a washing machine of fans in spin cycle, highlighted by what appeared to be an 8-year-old boy in pure headbanging ecstasy while sitting on his dad’s shoulders. It’s kids like him who will keep Slayer’s legacy alive and well for future generations long after the thrash legends play their final note onstage.

The set ended with a wallop of “Raining Blood”, “Chemical Warfare” and “Angel of Death”, capping off a six-hour evening of stellar metal music. If this truly is goodbye for Slayer, they’re certainly going out with one helluva bang. 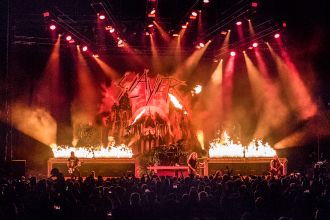 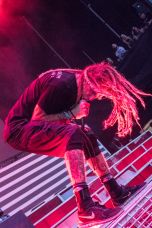 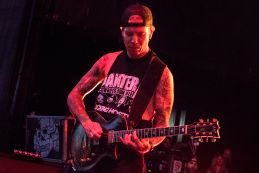 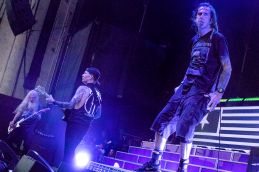 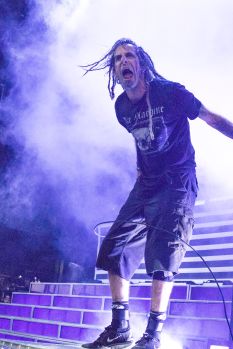 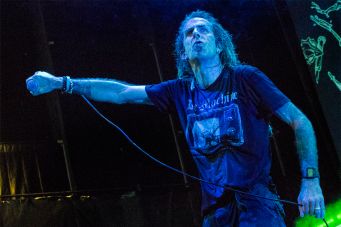 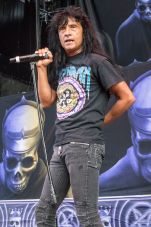 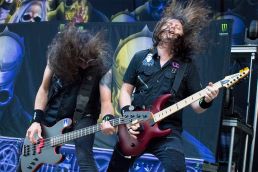 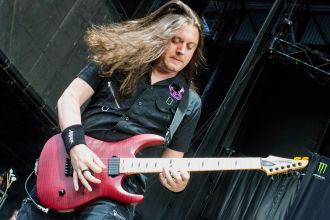 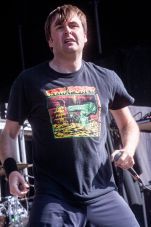 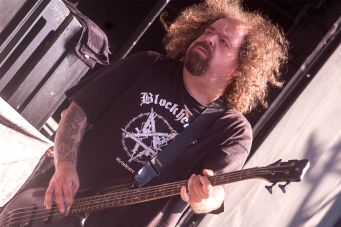 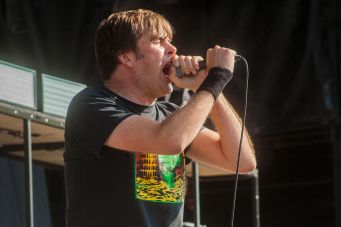 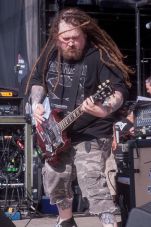 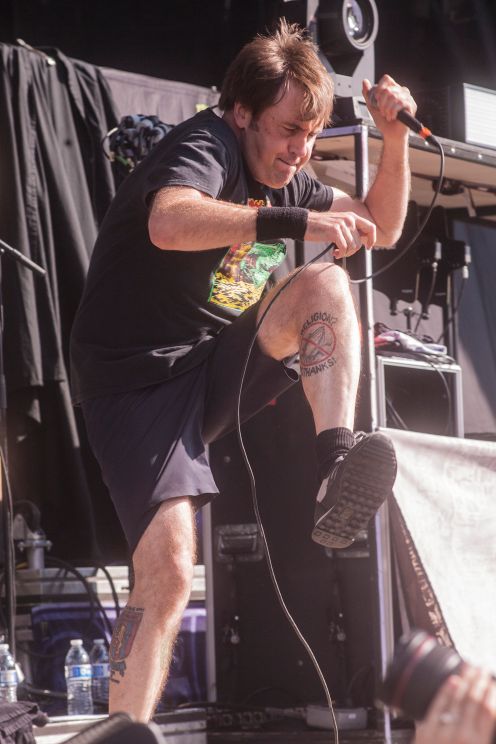