Pressed to either “Captiva Blue” or “Red Dragon”-colored vinyl, the double album release is being touted as “one of Waxwork’s highest quality and ambitious vinyl offerings to date,” featuring die-cut gatefold jackets, shattered mirror board inner sleeves, and new artwork by Midnight Maurader. Judging from the photos below, it’s jaw-droppingly beautiful.

In addition to the film’s official soundtrack, which you can often find in most used vinyl shops, this release includes a range of goodies. Specifically, you get bonus tracks by The Reds (“Jogger’s Stakeout”), Klaus Schulze (“Freeze”), and Kitaro (“Seiun / Hikari No Sono”), the latter two of which were sadly withheld from the original release.

In anticipation, you can stream “Seiun / Hikari No Sono” and preview the artwork below. Sales begin Friday via Waxwork’s official site. 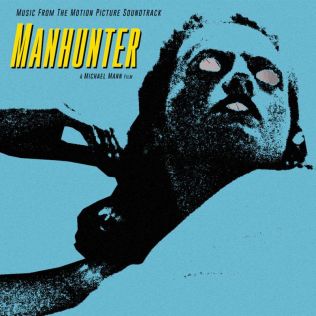 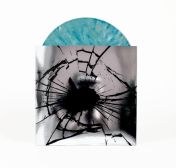 For awhile, Manhunter was marginalized by most audiences, mostly due to the commercial, critical, and Oscar-winning success of 1991’s The Silence of the Lambs. While Anthony Hopkins would iconize the role as Hannibal Lector, the first person to play the elusive cannibal was Brian Cox in Mann’s film. Today, some prefer Cox’s more grounded performance.

Coming off of NBC’s Miami Vice, Mann delivered an absolute ’80s masterpiece with Manhunter. Featuring some of that era’s sharpest cinematography, the film is brought to life by its anthemic and ethereal soundtrack. From the emotional highs of The Prime Movers (“Strong As I Am”) to the synth dreams of Michel Rubini (“Graham’s Theme)”, it’s a rare treat.

To paraphrase Tom Noonan in the film, “You owe Waxwork all. You owe them awe.”