As of the January 1st of this year, recreational use of marijuana has been legal in California. Even so, consumption in public is a tricky issue, and though pot is as much a festival staple as any musical act, some events like Coachella have gone so far as to institute a ban on the substance. However, another major Cali event, Outside Lands, has decided to go a very different direction, embracing cannabis culture with the newly announced Grass Lands.

While the Grass Lands “town square” won’t have any marijuana or cannabis products actually for sale, its inclusion on the festival grounds makes Outside Lands “the first major US music festival to have a curated cannabis experience,” according to a press release. Instead of selling THC products, the area will seek to educate and engage patrons regarding weed via The Greenhouse, where “budtenders” will teach you all about reefer. There will also be The Confectionery, featuring non-THC but still tasty treats; a Lemonade Stand; a Flower Shop, which will provide flower crowns; a ganja-theme Farmers Market; and “an interactive Smell Wall featuring botanical terpenes.”

A cannabis delivery service will also have a presence, though you won’t be able to order any drop-offs within Golden Gate Park itself. Still, a press release nots that “people who elect to take advantage of their service can enable at-home deliveries.”

“Much the way that Wine Lands celebrates Napa and Sonoma as the leaders in U.S. wine production, Grass Lands will shine a light on the area’s importance as pioneers in the cannabis world,” Rick Farman, co-founder of Superfly, co-producers of Outside Lands, said in a statement. “With recreational marijuana now legal in California, there is so much to discover. We are excited to be the first major festival in the country to offer attendees the chance to learn about the latest in cannabis development.” 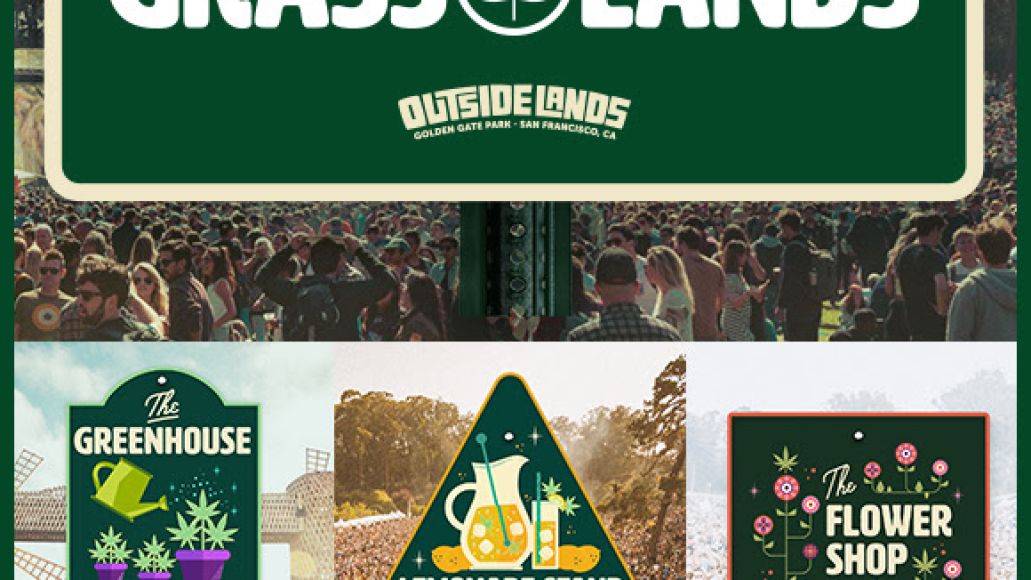