In 1759, right outside the walls of Quebec City, the British and French Army battled on a plateau now known as the Plains of Abraham. This led to the French surrendering Quebec to the British, a crucial moment in Canadian history. Fast-forward to 2018 and a historic battleground sounds like a perfect place for a music festival, right? The Canadians sure think so.

The Plains is a beautiful area of land with rolling hills surrounded by a significant Quebec City skyline. But it’s also home to a different type of battleground: Festival D’été de Québec or Quebec City Summer Fest, a 11-day music festival that welcomes an average of more than 325,000 people per summer.

Like the country of Canada, the festival is massive; its capacity is one-fifth of Quebec City’s population. If the sheer number in attendance wasn’t already overwhelming, the main stage is the largest open stage in North America, a spectacle in itself. But at the same time, the activities offered and the overall familial feel of the festival was unusual for an event of its size; it felt similar to a county fair you would find somewhere in a small, Midwestern town. There was a “selfie world,” food trucks, a wine restaurant, and probably several more tents that I didn’t even walk past. 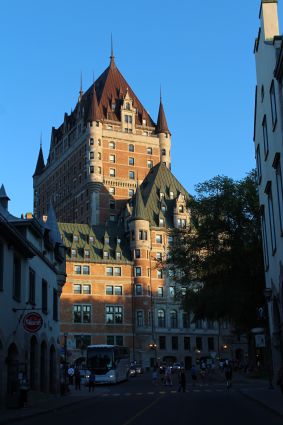 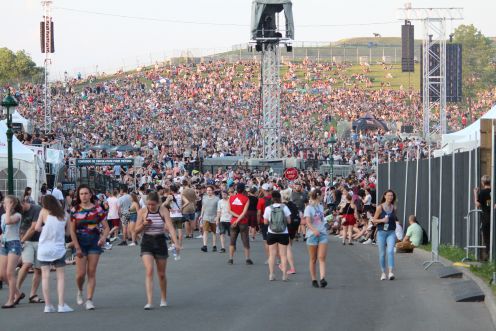 After spending three days with my Quebec musical affair, it was clear that this festival had something it wanted to prove, and dare I say in a modest way, despite its insane $30 million CA budget. Its lack of consistency was charming, mostly a nod to the unexpected and humorous lineup: The Weeknd, Neil Young, Future, Shawn Mendes, Foo Fighters, Patrice Michaud, The Chainsmokers, Beck, Lorde, Alexisonfire, and Dave Matthews Band. Comical to say the least. But you couldn’t deny that there was a genre and act for everyone, which might have been the message they were trying to get across after all — who knows. But in a festival season full of mirrored lineups, the unusual bill was a welcome change of pace.

Being a first timer to the neighboring country, the praise and excitement that the festival had for its own country was refreshing and fun to absorb and observe. Its site was on historical land, surrounded by architecture that dated back to the 17th century, so it was only appropriate for some of that history to make its way into the festival activities, and that didn’t go unnoticed by its patrons. Aside from obviously being a music festival, it also seemed as though it was a showcase of sorts to offer what Quebec’s side of Canada was capable of, how its culture intermingled, and to prove that its portion of the continent can throw down a good time.

During the day, the city of Quebec was quaint, with cobblestone roads, intricate buildings, and street acts that made me feel like I was at some medieval Disney World Epcot showcase. By the time the headliners went on, the rowdiness and excitement of the crowd was a dramatic turnaround from the day leading up to it. 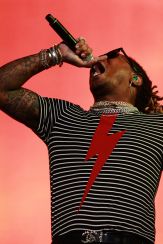 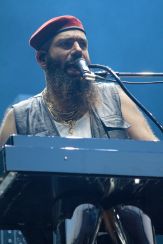 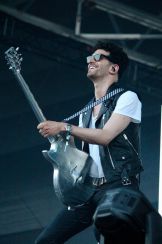 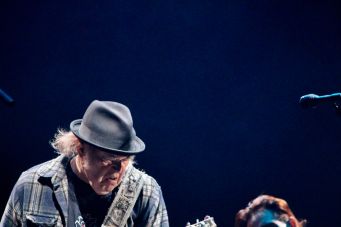 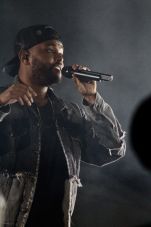 The Weeknd, photo by Frances Welch

There were medics running up and down the photo pit, security guards practicing their half-nelson’s on crowd surfers, and parents having a few too many cassis cocktails. Sure, there were rowdy elements that come with any music festival, but this event was obviously a family affair, where no one seemed bothered by either age group being there.

By the time the sun went down and the main headliner hit the stage, the area that was just a patch of grass a few short hours before, was, quite literally, a sea of people. You could even see it on the faces of the main acts, like The Weeknd, Neil Young and Future, all artists who have played to crowds of thousands and who were clearly stunned by the crowd that seemed to never end.

Festival D’été de Québec is a festival for the people, by the people, and definitely enjoyed by most. It’s run as a not-for-profit organization and incredibly affordable; it’s $100 CA for a 10-day pass and 250 shows. Not bad, eh? I’m not sure I’ll be back for more poutine or cassis, but I’ll definitely be back for its personality and genuine good times that force themselves upon you.