Origins is a recurring new music feature which offers an artist or band the chance to pore over some of the inspirations behind their latest track.

Raffaella was born and raised in New York City, but it was a brief West Coast stint that helped jump-start the promising songwriter’s career. The young talent moved to Los Angeles to pursue acting while attending the University of Southern California. It was there that she joined a sorority her freshman year, which ended up turning into what she describes “a social experiment.”

“In the sorority, I discovered this new species of females who were ridiculously manicured, pretty, mean, nice, smart, stupid, and driven for all of the wrong reasons,” Raffaella explains in a statement. “It was just a world of contradictions. They desired individuality, but it was all about conformity.” The experience left a bad taste in her mouth, and she ended up returning home to the Big Apple and enrolling in Barnard College at Columbia.

But the 3,000-mile distance couldn’t keep her from reliving those sorority days in her head, and eventually the whole thing inspired her debut single, “Sororicide”. The track, which touched on fake friendships and “an idealized projection of beauty,” instantly raced up the Spotify charts (Viral US Top 50, Viral Global Top 50), and since its release last fall, has racked up nearly two million streams.

The single has only led Raffaella to push her songwriting further. She signed on with Mom + Pop and teamed up with anonymous triumvirate producers BRÅVES to work on her debut EP, which is due out later this year. Confident she’s no one-hit wonder, today she premieres her second-ever single, “Bruce Willis”, a very smart, badass slice of alt-pop.

Here, Raffaella again drops social commentary on the elite. “Broke into Gucci, pretend that I’m bougie to fool ya,” she sings on the Larzz Principato-produced track, her airy vocals floating over a sparse guitar like a breeze on a hot summer day. “All that AC feeds American dreams to the cool kids.” The clever lines nod to her lifelong love of literature; the melodies affirm she’s a student (and diehard fan) of Regina Spektor and St. Vincent (the latter of whom also had a bone to pick with SoCal’s rich, famous, and Botox-filled).

Take a listen to “Bruce Willis” below. 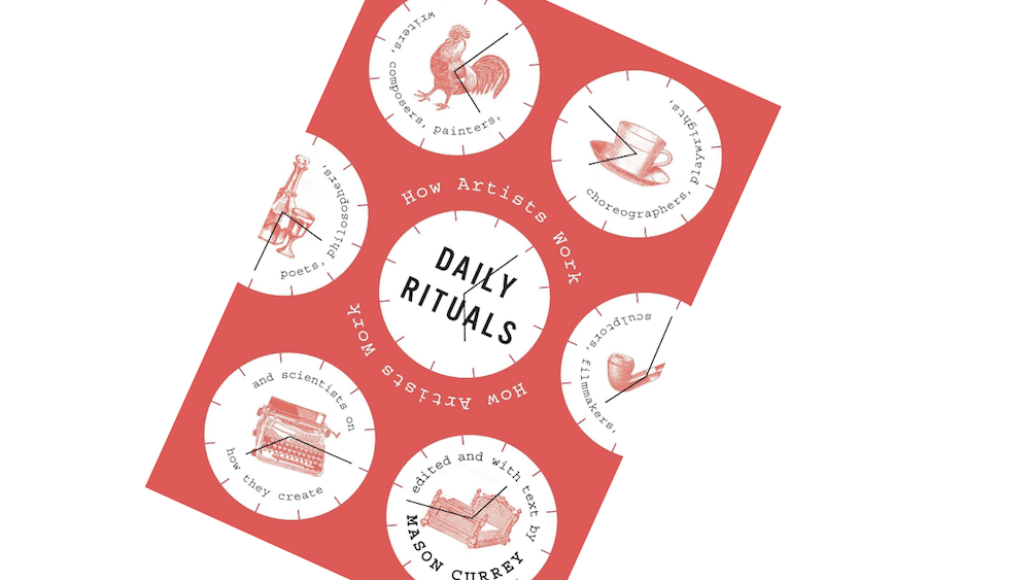 I bought this book as a birthday present for my boyfriend and ended up reading the whole thing before he could get his hands on it. Each section chronicles the daily rituals of different creative historical figures, ranging from Carol King to Franz Kafka. I noticed that almost every artist took a walk for at least an hour a day. So I decided to take a walk one day, which is what ultimately led to the song. 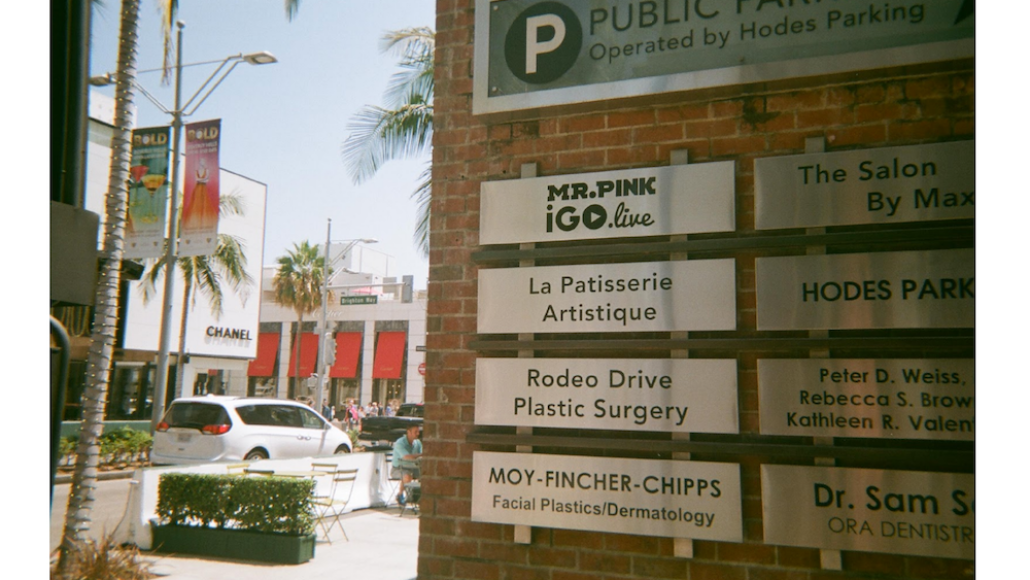 I have a masochistic attraction to a particular workout class in Beverly Hills, it makes me feel inadequate and powerful all at once, and so I go there quite often. One day I decided to take a walk (thanks to the aforementioned book) with my sweaty workout clothes and messy hair, which ultimately led me to a Gucci store on Rodeo Drive – I couldn’t think of one person I knew who actually walked into couture shops and bought things… I wanted to see how it felt to pretend to belong there. I walked in, expecting someone to hand me a mini Fiji water bottle or something, but instead I got only dirty looks and a sore throat thanks to the AC, which was blasting so much cold air you’d think it was illegal for rich people to sweat. As I walked away from the designer tees, towards the non-judgmental trees outside, I felt happy and inspired.

I happened to have had a disposable camera with me that day! [Above and below] are a couple of shots I took during my walk. 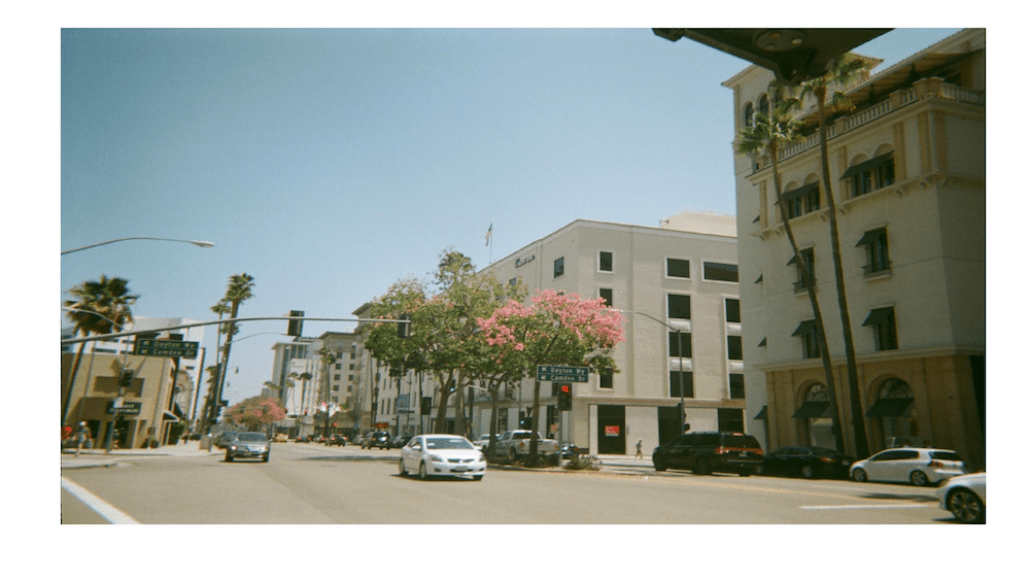 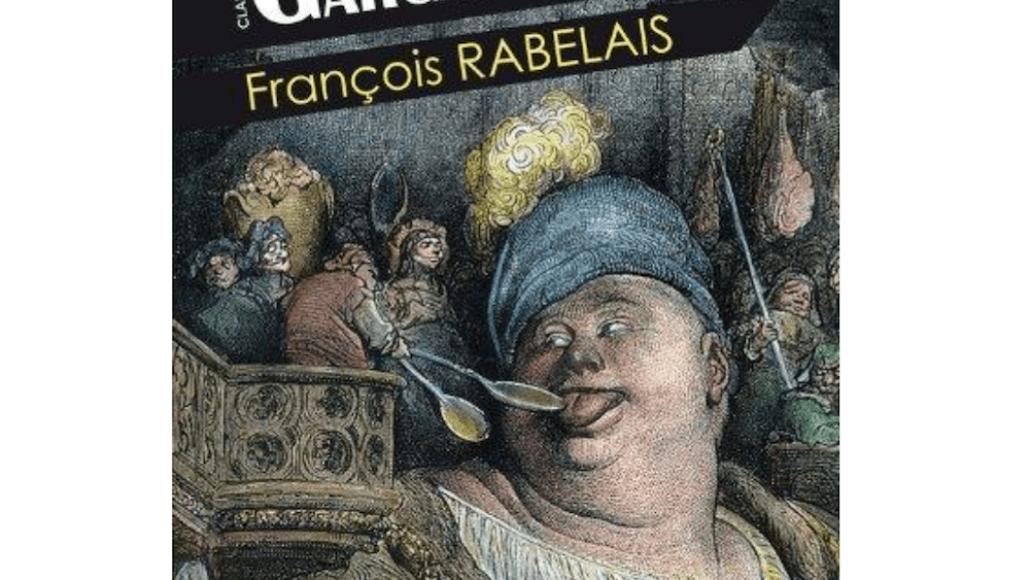 I read Rabelais’ Gargantua my senior year of college – it’s about a literal giant baby – its satirical language really appealed to me, both academically and creatively. In class we discussed Gargantua’s manipulation of Biblical verse; he jokes that if, as it says in David’s Psalm, God blesses us in our sleep, we should be able to just sleep all day. This idea stuck with me and led me to write the lyrics: “God’s nice when I dream/ so I’ll stay sleeping/ where it’s easy believing.” 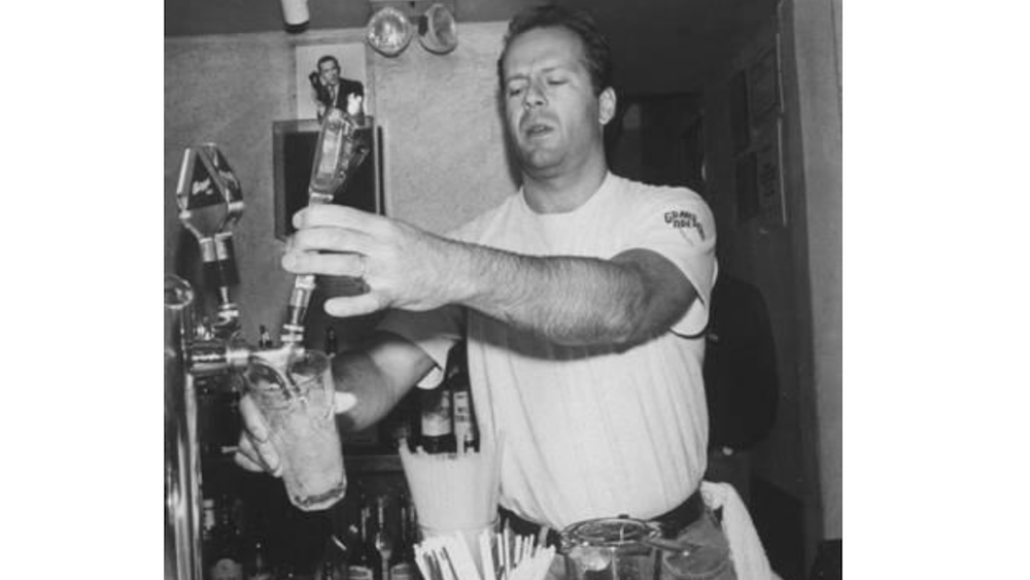 Fun fact, back when he was called Bruno, Bruce Willis was a bartender on the Upper West Side at this bar, Café Central, where my dad used to hang out. Then he moved to Hollywood to become an action hero – I wrote, “They’re gonna kill us, like fucking Bruce Willis” ’cause he kills hella dudes.

I was listening to this album while walking; it helped me feel grounded, particularly “Nobody Told Me,” which seemed to narrate the day perfectly.