Rick and Morty, the popular Adult Swim animated series that counts Kanye West and lots of annoying teenagers among its fans, boasts a soundtrack that’s as freaky and creative as the show itself, which is why it should excite you that Ryan Elder’s score is getting a proper release via Sub Pop. It will be available in multiple formats, with CD, vinyl, and streaming copies available on September 28th and a deluxe vinyl edition that will drop on November 23rd. Pre-orders are ongoing here.

Along with Elder’s original compositions, the soundtrack will feature songs by Blonde Redhead, Mazzy Star, Belly, and Chaos Chaos, including two brand new songs inspired by the show from singer-songwriter Chad VanGaalen and hip-hop outfit clipping.

The special edition LP will be pressed on an exclusive colored vinyl and delivered in a box with an etched plexiglass window with LED lights. It comes with a custom poster, patch, sticker, and bonus 7-inch single, which, apparently, features “an extended mix of the screaming sun from the 2nd season finale,” if that’s something to which you would enjoy listening. You can pre-order variants on the box set at Adult Swim’s booth at the San Diego Comic-Con, as well as at the network’s inaugural Adult Swim Festival in October.

Below, stream the show’s theme song, as well as the Jemaine Clement-featuring “Goodbye Moonmen”.

The Rick and Morty Soundtrack Artwork: 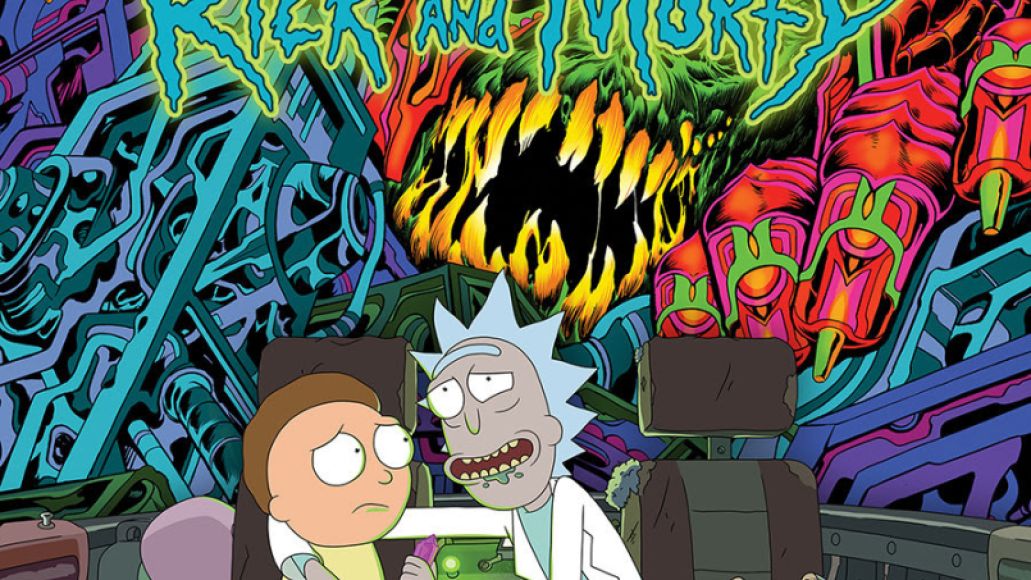 Don't break an arm jerking yourself off, but the soundtrack to Rick and Morty is being released