This feature originally ran July 2015. We’re returning to it just in time for Mission: Impossible – Fallout hitting theaters this weekend.

When you look at Tom Cruise clinging to life on the side of an A400 airbus on the posters for Mission: Impossible – Rogue Nation, it’s not a publicity stunt. It’s a statement on behalf of the then-53-year-old actor’s persistence, his will to live and keep on entertaining. Just look at the last 10 years of Cruise’s career: box-office fizzles, a suspicious personal life made public, awkward televised appearances, and a leaked Scientology video that would kill any other actor (it’s still baffling to listen to Cruise discuss “SPs” with the Mission: Impossible theme strumming in the background … but that’s a whole other article).

No, Cruise is a survivor.

For over 30 years, he’s remained in the Hollywood spotlight, accruing a body of work that many top actors would die for (and Cruise, himself, has certainly come close). He’s worked with modern greats like Stanley Kubrick, Martin Scorsese, Steven Spielberg, Paul Thomas Anderson, and the best versions of Brian De Palma, Cameron Crowe, and Oliver Stone. And now, the Mission: Impossible series has merited Cruise a reputation as a modern-day Buster Keaton for daredevil stunts with an insistence on performing them all by himself.

Say what you will about his dramatic range, or his philosophies, but Cruise has curated a mostly excellent career. In honor of his body of work, we’re Cruising past the personal (i.e. no Matt Lauer jokes, no awkward laughs) and taking a choice moment to appreciate strictly Thomas Cruise Mapother IV’s finer film feats. Ahead, you’ll find not only the man’s most memorable roles but his best performances to date, from Aames to Anderton and Mackey to Maguire. Whoa … this mission just got a hell of a lot more “impossibler.” Go for it! 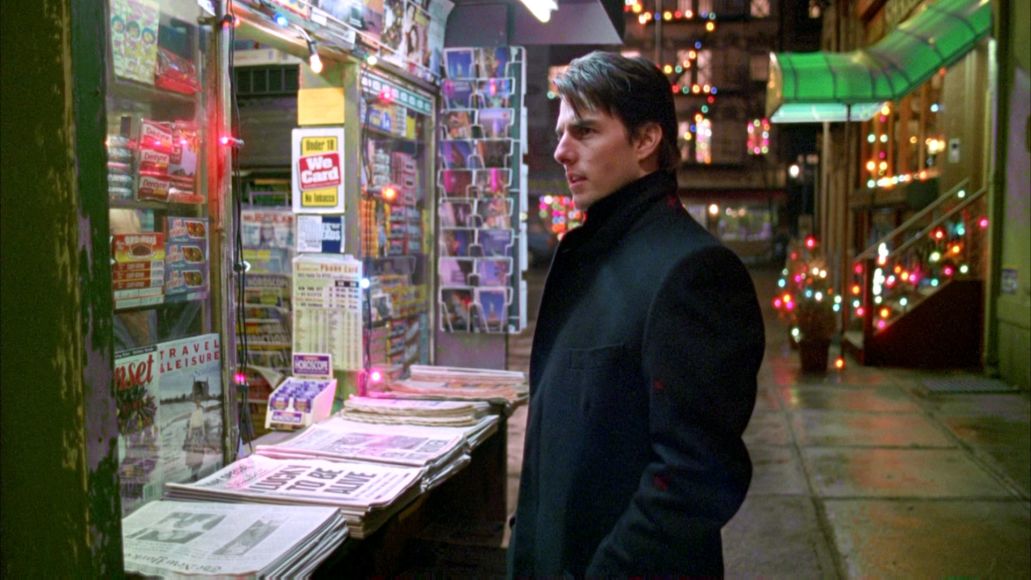 Classic Cruise Quote: “No dream is ever just a dream.”

Crème de la Cruise: There was perhaps no better actor to appear in a Stanley Kubrick production than Tom Cruise. Hear me out: It’s all about the stare. Much to his crew’s chagrin, Kubrick arduously labored at crafting the perfect shot; some were sharp and quick, but most of them were drawn out and intensely focused. One astute observer calculated that his average shot length over eight films clocks in at 11.3 seconds. For his final swan song, 1999’s Eyes Wide Shut, the average rounds out to about 16 seconds, and of those shots with Cruise, the count inches up to 17.2 seconds.

It’s not that Cruise is just pretty to look at — he most certainly is — but he really knows how to absorb the scenery, the emotions, and the energy. Whether he’s prowling the staged, candy-colored streets of New York City in a sexually frustrated daze, or floating though lavish, Dionysian orgies with glowing, lamplight eyes, or crumbling emotionally at the sight of his ghastly cherubic mask, Cruise says everything without ever actually muttering a damn word. So much so that it’s very likely Kubrick spent months working with him simply because he could articulate any thematic portrait he pleased to craft. 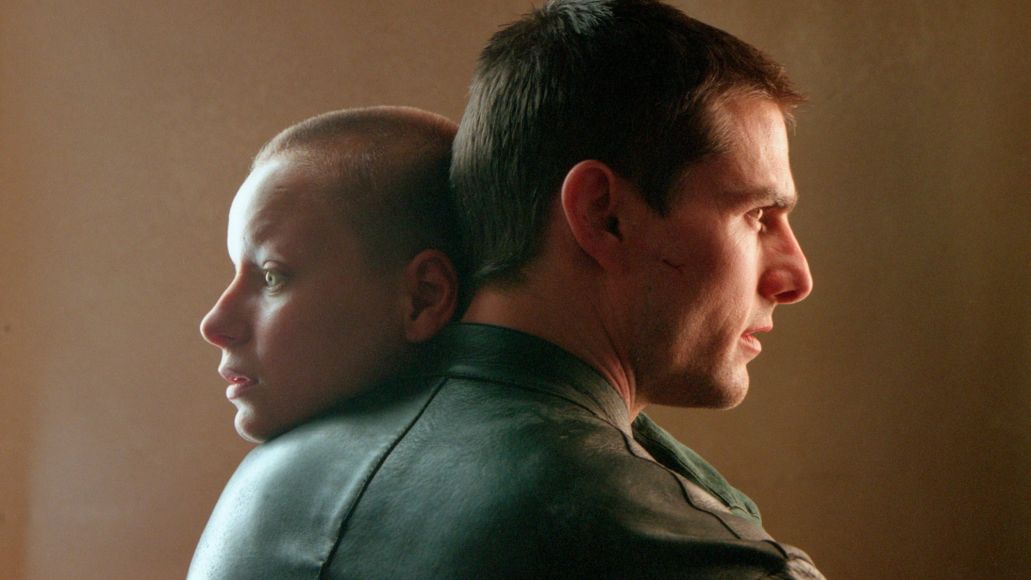 Crème de la Cruise: In his first rendezvous with Spielberg, Cruise leads a superb ensemble cast in a magnificent neo-noir, sci-fi mystery-thriller about free will. Minority Report, loosely based on the 1956 short story by Philip K. Dick, follows Cruise’s John Anderton, a police captain in the year 2054 who nabs criminals before they commit crimes with the help of three psychics called Precogs. But when the Precogs predict that Anderton will murder a man named Leo Crow in 36 hours — despite Anderton having no idea who Leo Crow is — he goes on the run from his own PreCrime unit to try to unearth a flaw in the system, a rare case of the Precogs disagreeing, which is known as a “Minority Report.”

Anderton’s motivating tragedy is the unsolved disappearance of his son, Sean, whom he believes was kidnapped from a public pool nearly a decade prior. Divorced from his wife and addicted to drugs in the aftermath, Anderton is a grief-hardened shell, ignited only in his hunt for truth and justice. Cruise plays the emotion of these father-son scenes brilliantly, whether he is talking to a hologram home video of five-year-old Sean or staring down his gun barrel at a serial child killer who might hold the answers he’s been looking for. Often vacillating between the extremes of rage, horror, and love in one transcendent beat, Cruise’s performance in Minority Report is, like the film itself, criminally underrated. 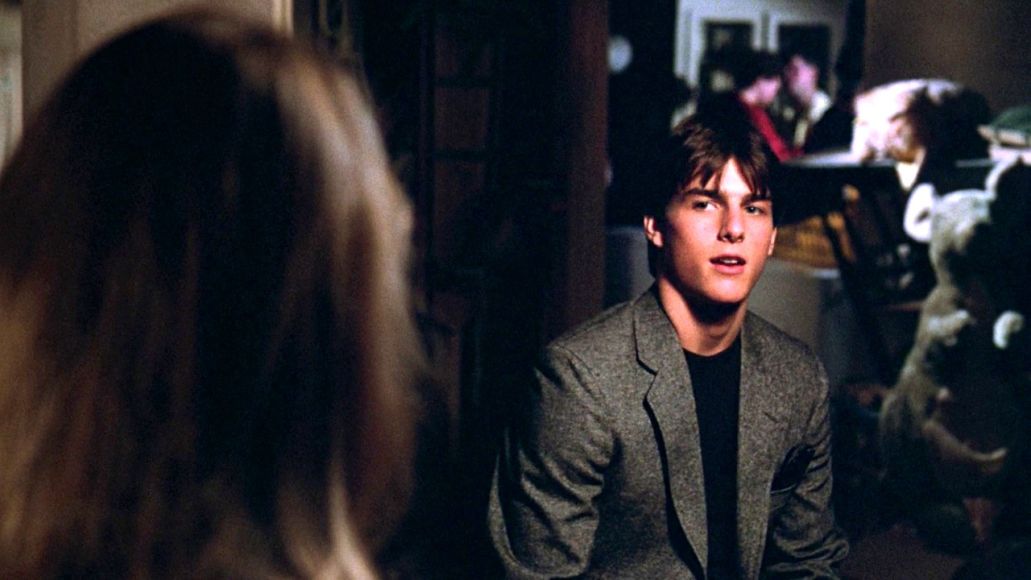 Classic Cruise Quote: “You know, Bill, there’s one thing I learned in all my years. Sometimes you just gotta say, ‘What the fuck, make your move.'”

Crème de la Cruise: With a couple of Bob Seger piano notes, and a disdain for pants, Tom Cruise slid into the living rooms and hearts of audiences with his boyish scoundrel Joel Goodsen. Risky Business was Cruise’s star-making role, and it featured Cruise in perhaps one of his most endearing onscreen moments, dancing around his house while his parents are out of town. It was a moment that was apparently scripted as just “dance to rock music” and improvised on set.

Risky Business showcases Cruise at his most, well, adorable. As Goodsen, he shows up in a simpler, sweeter role where he just got to act like a kind, dweeby, naïve kid. Well, an intrepid, hornball teen, rather, that makes a mint turning his parents’ Highland Park house into a brothel for a night … but it’s all in good fun! He scores on the CTA, squares off with Joey Pants, and gets to have car chases in a Porsche. And the worst thing to happen? Joel’s psycho mother gets all bent out of shape over a crack in an antique piece of glass. So, hey, chalk that up to good luck, Joel.

In the end, Joel gets away with truly risky business, and he actually benefits and grows from it. While Cruise left behind a cinematic teen legacy for all time. 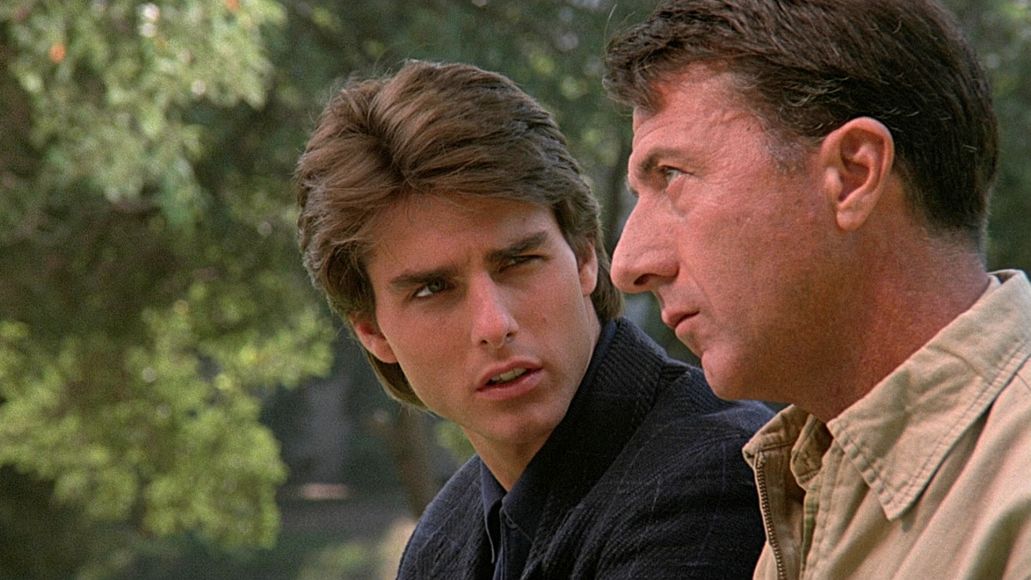 Crème de la Cruise: Without getting too hyperbolic, Cruise can do a lot of things well — he can cry, he can smile, he can run, he can hold his breath for six minutes. However, one of his oft-forgotten calling cards is his ability to make the act of frustration most entertaining. When he’s working shit out in his head, those eyes of his do all the heavy lifting, scanning infinity and beyond for answers that aren’t quite clear yet. And once those eyes close, he does the whole forehead rubdown thing, where he digs his hand into his head before slicing the air with one sizzler of a line.

He does this best in Barry Levinson’s Rain Man. Now, it’s hard to go toe to toe with Dustin Hoffman, let alone against a role that nabbed his veteran co-star the highly coveted Oscar, but Cruise stands tall alongside the autistic Ray as his estranged brother, Charlie Babbitt. What starts out as a series of irritatingly funny vignettes, all of which capitalizes on Cruise’s aforementioned strengths, turns into a tearful bond between two brothers torn apart and curiously glued back together on the road. The film’s finale, when Charlie watches Ray board the train as Hans Zimmer shines, resonates in ways that are all too human for celluloid. 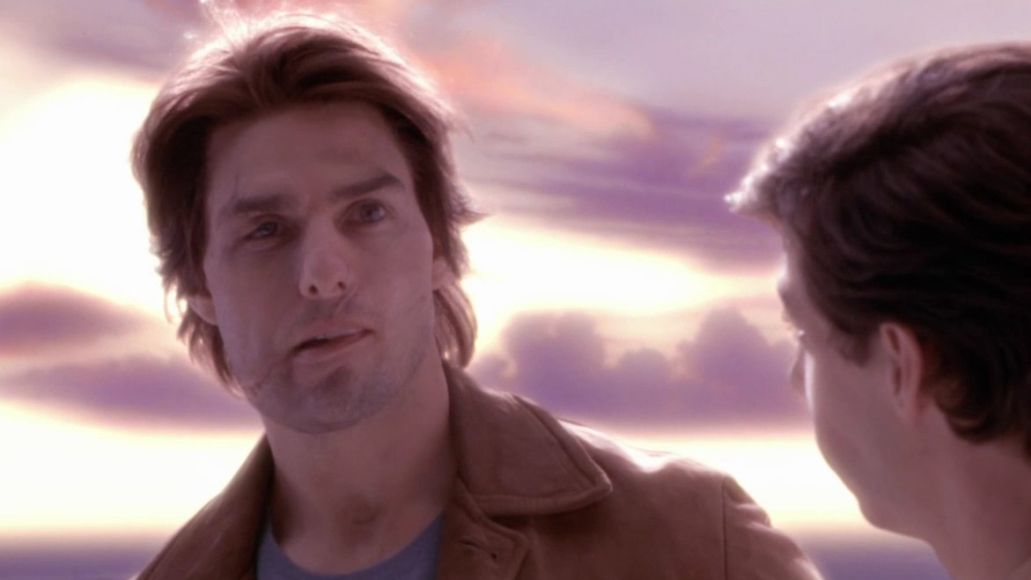 Classic Cruise Quote: “I’ll see you in another life … when we are both cats.”

Crème de la Cruise: Tom Cruise wants to be taken seriously. This is a fact we forget every time he manages to embarrass himself publicly, but it’s what led him to Kubrick, and it’s certainly what led him to this remake of Alejandro Amenábar’s Abre los ojos (Open Your Eyes). Cruise had become enamored with the Spanish film, and he did what every narcissist does when they love something: he found himself in it.

The thing is, only a narcissist could so completely nail the role of cocky publishing magnate David Aames. Vanilla Sky may be a vanity project, but that’s kind of the point; in any case, it’s fascinating to think of Cruise coming to terms with — and even embracing — his ego through the role. Actors sometimes get knocked for simply “playing themselves,” but Cruise did exactly what he had to here.