A report in the New York Times earlier this week uncovered a secret hush payment made to former child actor, Jimmy Bennett, who had accused his former co-star, Asia Argento, of sexually assaulting him in 2013, when he was 17 years old. In a subsequent statement, Argento called the New York Times story “absolutely false” and denied ever having a sexual relationship with Bennett. She accused Bennett of extortion and said that her late boyfriend, Anthony Bourdain, himself sent the hush payment to avoid “possible negative publicity.”

Now, however, TMZ has unearthed leaked text messages and images that purportedly contradict Argento’s statement. One of the images, seen above, shows Argento and Bennett in bed, apparently topless. Sources told TMZ the image is one of four photos taken by Bennett after the two had sex at the Marina del Rey Ritz-Carlton back in 2013. Bennett, now 22, was 17 at the time; the age of consent in California is 18.

The unidentified associate later asked Argento how she didn’t know her co-star’s age, but couched the question by saying the age of consent in many countries is actually 16. “When I was 17 I was with a 33 year old man for years,” Argento offered. “I had just turned 17.”

Argento also sent her friend a picture of what is apparently a note Bennett left on the night in question. On Ritz-Carlton stationary, he wrote, “Asia, I love you with all my heart. So glad we met again and I’m so glad your in my life. Jimmy.” Argento told her friend, “He wrote me this afterwards and kept sending me unsolicited nudes all these years up until 2 weeks before the attorneys letter.” She added, “It wasn’t raped [sic] but I was frozen. He was on top of me. After, he told me I had been his sexual fantasy since was 12.”

All the texts and images — which Consequence of Sound is unable to independently verify — can be seen below. 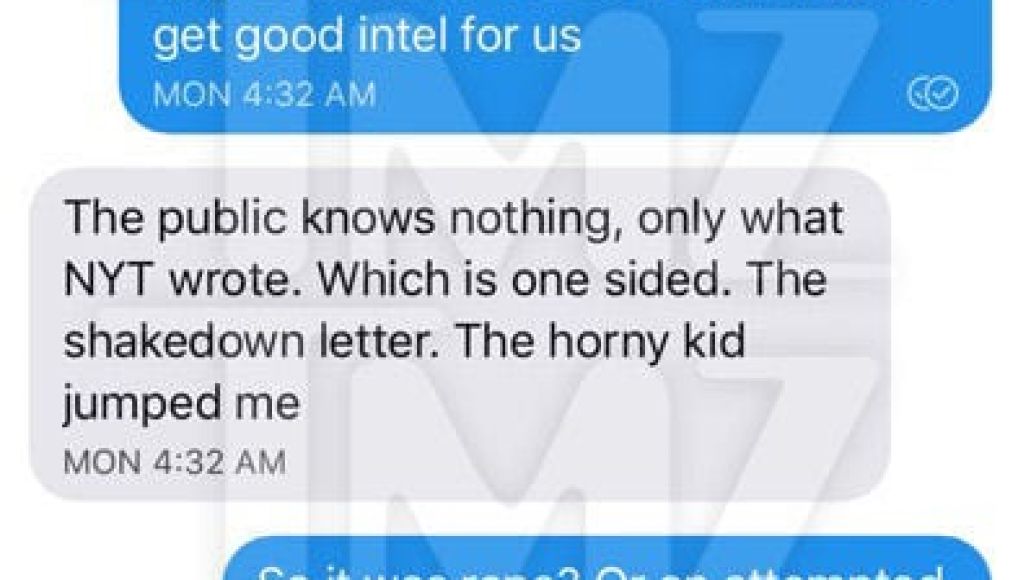 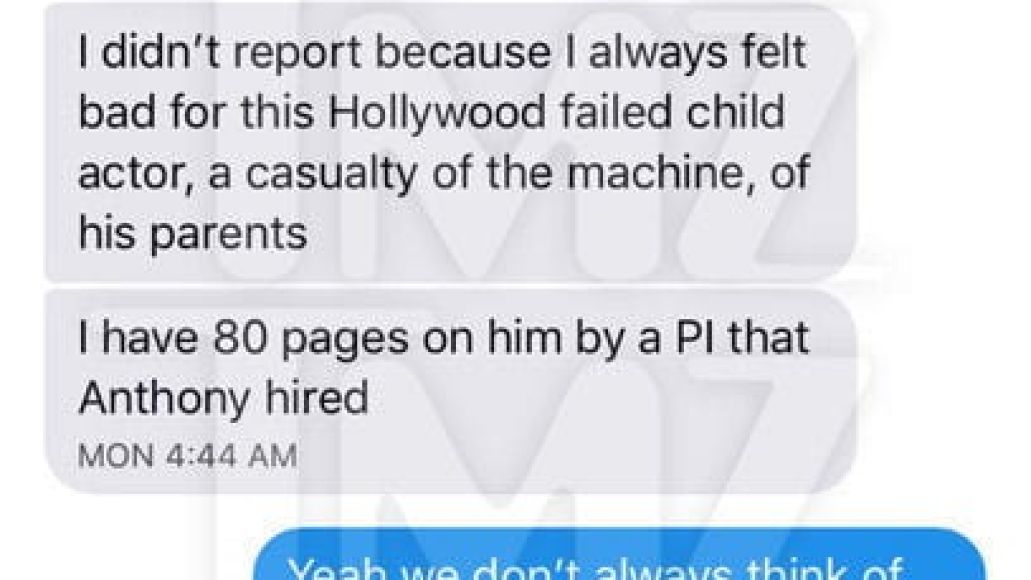 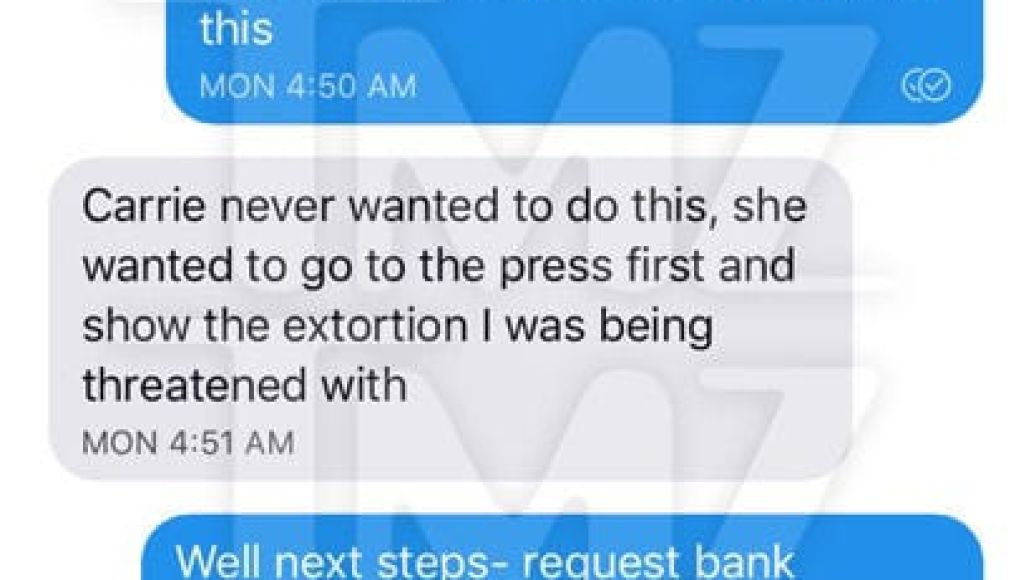 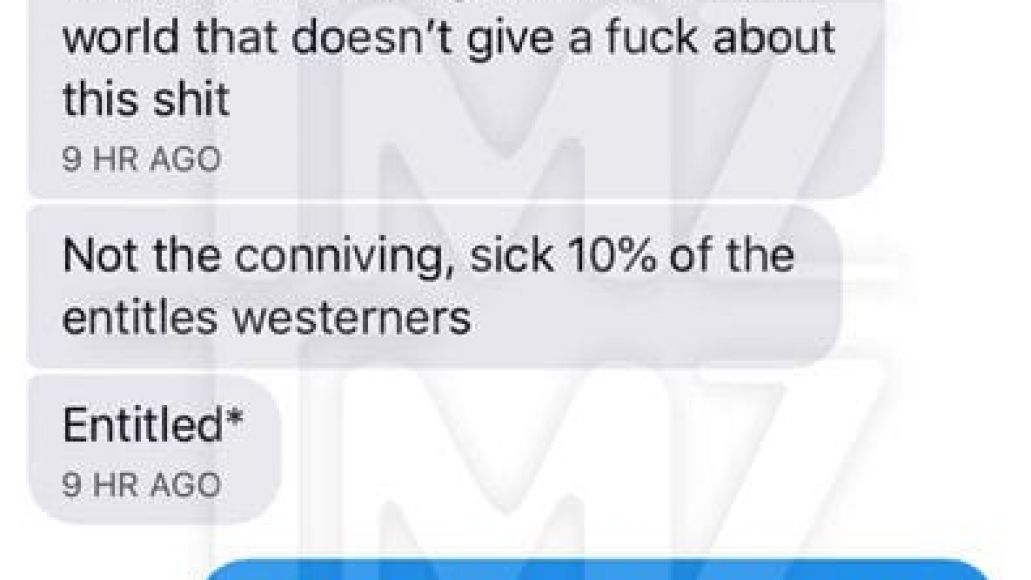 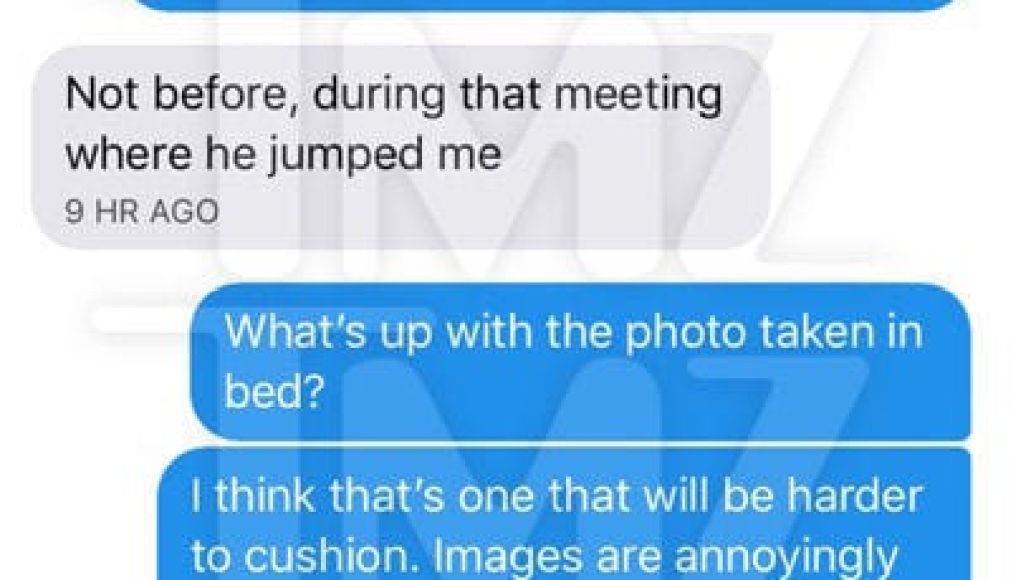 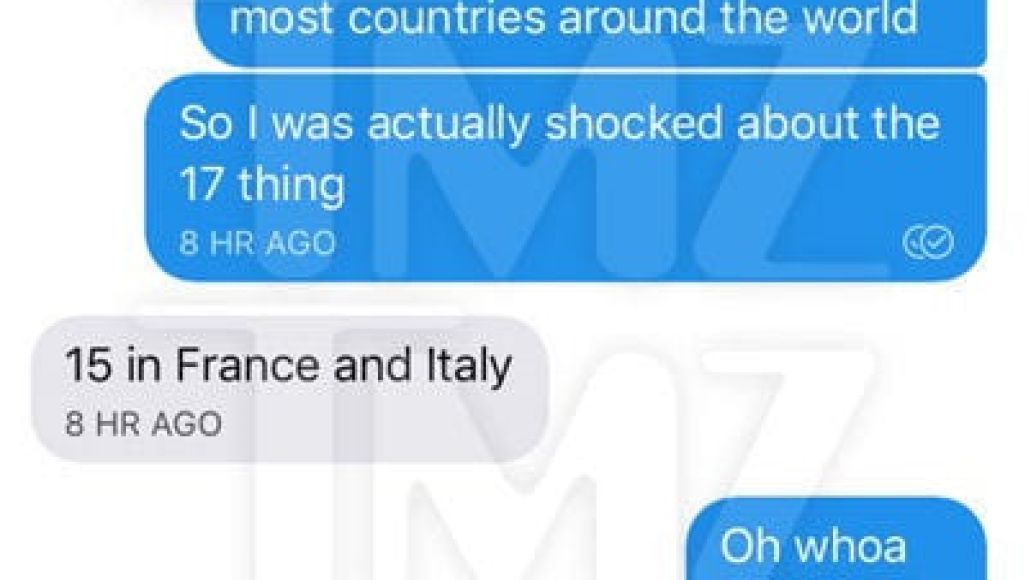 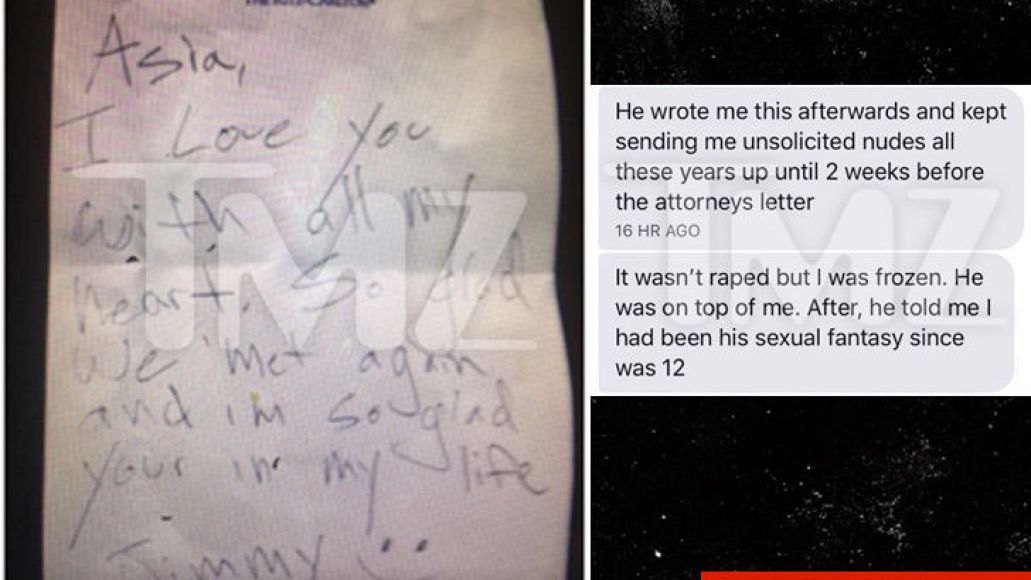 In light of the accusations and the media storm surrounding them, Argento has pulled out of the Netherlands’ Le Guess Who? Festival, for which she had been a co-curator. She had already chosen some of the acts set to perform November 8th-10th in Utrecht, The Netherlands, including The Breeders, Lydia Lunch, Psychic Ills, and Richard Fearless. Festival organizers issued the following statement:

“Due to the volatile nature of the accusations surrounding Ms. Argento, she has chosen to withdraw from her curatorship of this year’s edition, while these issues remain open. Le Guess Who? supports her decision, as we consider it our responsibility to represent, to the best of our ability, the interests and integrity of all artists involved with our organization, and we strive to do this with sensitivity and respect.

Le Guess Who? still supports all curated artists and their artistic output, and intends to keep all these artists involved within the general program for the 2018 edition.”

Argento has been one of the leaders of the #MeToo movement and was one of the first to come forward with accusations against Harvey Weinstein in October 2017. The following month, Bennett sent her a notice laying out his intentions to file suit. He originally sought $3.5 million in damages for “the intentional infliction of emotional distress, lost wages, assault and battery,” but the two settled out of court for $380,000. Bennett also had to give up copyright of an intimate photo he took with Argento in bed, though it’s unclear if this is the same image TMZ leaked today.

On Monday, the Los Angeles County Sheriff’s Department opened an investigation into the allegations against Argento.