Travis Scott has officially released his new album, Astroworld. It’s available to stream in full below via Apple Music or Spotify.

Beyond these heavy-weight producers, several other big names contributed to Astroworld. Frank Ocean appears on “Carousel: Drake is featured on “Sicko Mode”, and John Mayer and Thundercat both play on “Astrothunder”. The album track “Skeletons” was produced by Tame Impala’s Kevin Parker with contributions from The Weeknd and Pharrell Williams. The Weeknd is also on “Wake Up”. Also of note: “Stop Trying to Be God” featuring James Blake, Kid Cudi, and Stevie Wonder, who plays harmonica.

The two album covers for Astroworld were created by famed artist/photographer/videographer David LaChapelle (Whitney Houston, Blink-182). Scott and LaChapelle have received some backlash the last few days over an alteration to one of the covers, which saw the conspicuous removal of iconic trans model and artist Amanda Lepore. Chapelle defended his edits, however, saying, “Amanda was taken out because she just upstaged everyone,” adding that his decision had “nothing to do with hating.” 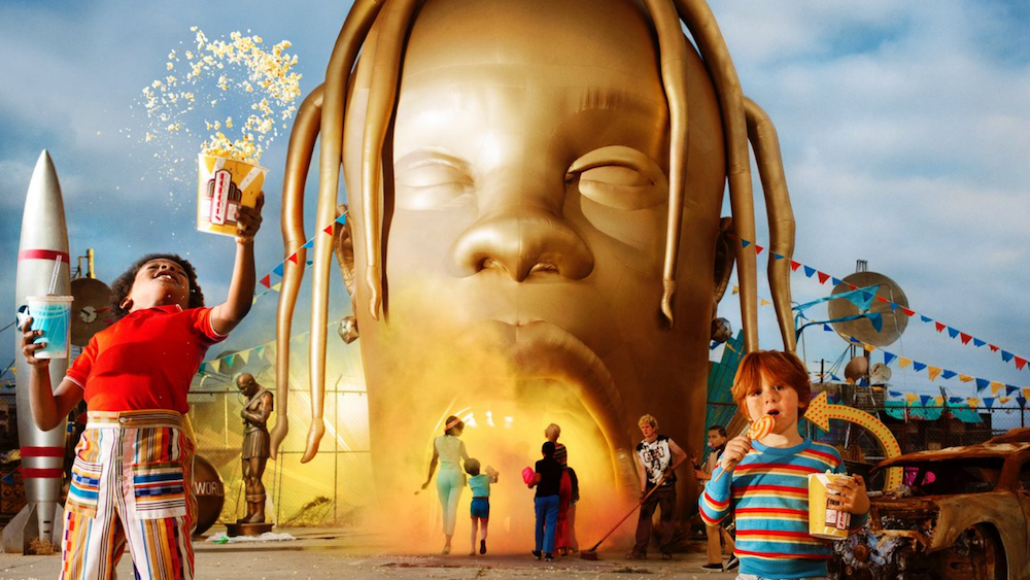 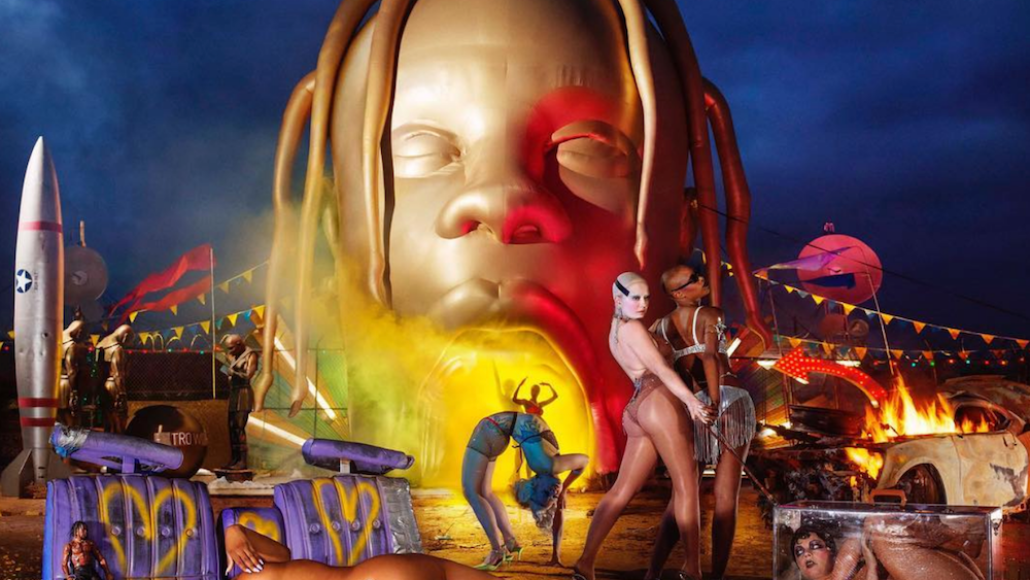