Atreyu have announced that they will release their seventh album, In Our Wake, on October 12th. Along with the album news, the Orange County metalcore band has unveiled two songs off the disc — the title track and “Anger Left Behind” (listen to both below).

In Our Wake marks the band’s second album since reuniting following a hiatus from 2011 through the middle of 2014. Singer Alex Varkatzas says last year’s death of two rock heroes had a major impact on the band’s writing sessions of the new album.

“We looked up to Chris Cornell and Chester Bennington, and their deaths were fresh during the writing process,” explains Varkatzas in a press release. “It made us think of what we’ll leave in our wake. We have a choice to change the lives of others for the better.”

Bassist Porter McKnight adds, “The album title In Our Wake comes from the idea that every day we humans have two roads we can go down. Do you choose to inspire, uplift, and enhance each others lives? Or do you prefer to belittle, shit talk, and tear down each other down? With each choice made you leave a ripple that reflects across your community, then onto your city, to your nation, and eventually all across the globe. Who do you leave in your wake?”

The title track comes with an accompanying video, and McKnight says of the clip, “With this music video, we wanted our longtime director friend Sean Stiegemeie to come up with something completely unlike anything we’ve done before. We wanted to leave the viewer with a feeling of ‘What the f–k did I just watch!?’ and then play it again to deduce what went down.”

Pre-orders for In Our Wake are available at this location.

In Our Wake Artwork: 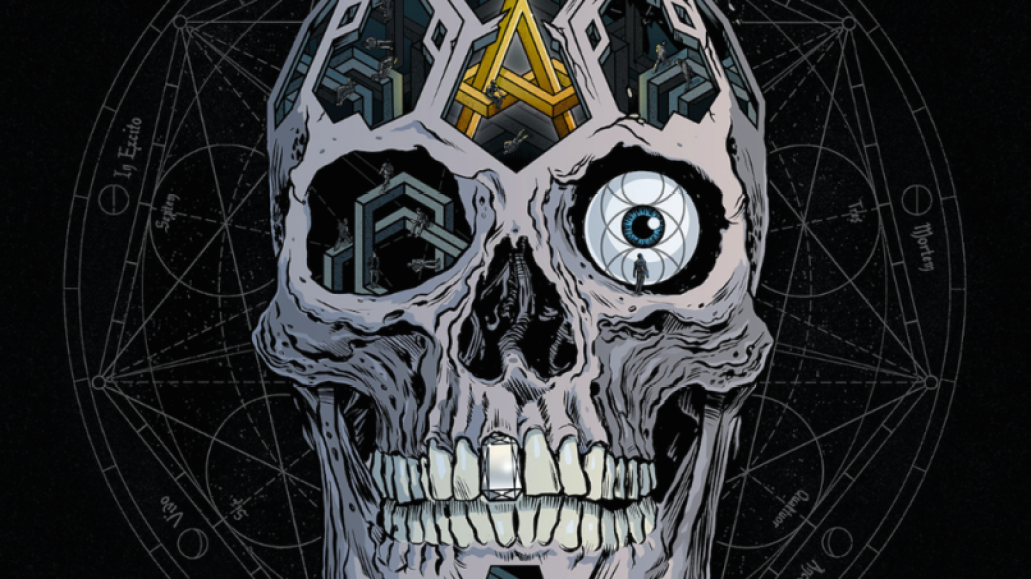