Julien Baker, Phoebe Bridgers, and Lucy Dacus have formed the ultimate singer-songwriter supergroup: boygenius. The trio of musicians will soon release their self-titled debut EP under the new moniker, which they’ll support with a North American tour this fall.

The idea for establishing an actual band together came to mind after the three mapped out their joint tour. “A long time ago, before I even met Phoebe, Julien mentioned that she had a pipe dream of starting a band with both of us,” Dacus explained in a press statement. “Then we booked this tour and decided the time was right.”

They didn’t just have time on their side — upon meeting, Baker, Bridgers, and Dacus got along together like kindred spirits. Baker elaborated:

“When we met, Lucy and Phoebe and I were in similar places in our lives and our musical endeavors, but also had similar attitudes toward music that engendered an immediate affinity. Lucy and Phoebe are incredibly gifted performers, and I am a fan of their art outside of being their friends, but they are also both very wise, discerning and kind people whom I look up to in character as much as in talent.”

The resulting boygenius EP was recorded in just one day in early June at Los Angeles’ famed Sound City studios. Each songwriter was tasked with bringing along one completed song and an idea for brainstorming. Altogether, the six-track effort reflects a bit of each artist and their respective past works (Baker’s excellent Turn Out the Bright Lights, Bridgers’ Stranger in the Alps, and Dacus’ Historian).

Due out November 9th, the EP is being previewed today with three gorgeous new songs in “Me & My Dog”, “Bite The Hand”, and “Stay Down”. Take a listen below. 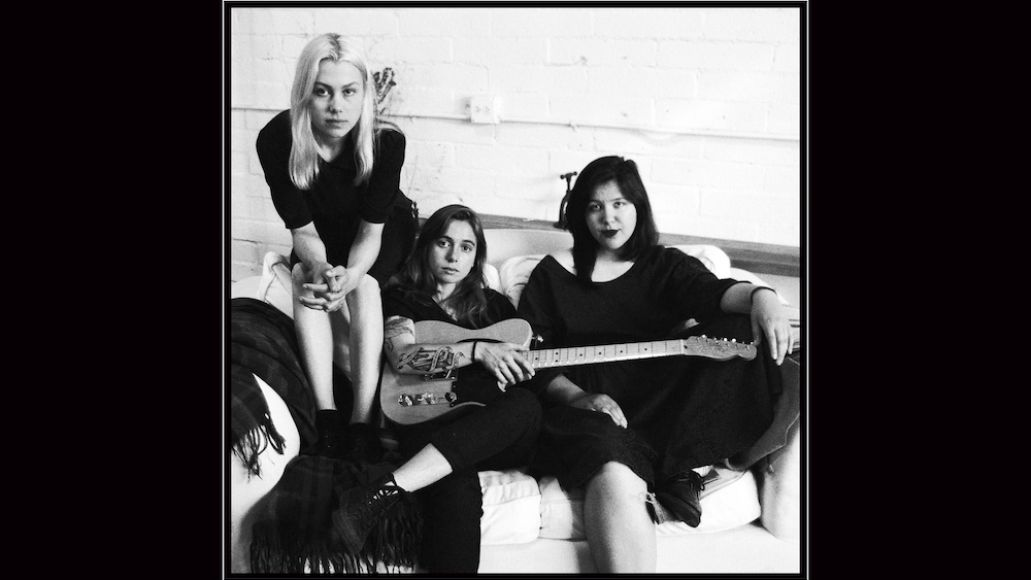 The three artists’ joint tour kicks off in early November. While it’s not officially a boygenius trek — meaning they’ll each play their own solo sets — a press release teases possible surprise collaborations.