If all Matt Groening had ever done was create The Simpsons, one of the greatest television shows of all time, it would still have earned him a place in the pantheon of TV’s legendary creators. If all he had ever done was give life to Futurama, the cult classic sci-fi comedy that simply refuses to die, he would still have a claim to fame and have left an indelible mark on the small screen. But now Groening is about to unleash his newest creation, Disenchantment, another adult animated comedy, whose success or failure will determine whether Groening can carve out a place for this new series, distinguish it from its predecessors, and complete the TV show hat trick.

The Simpsons debuted as a full-fledged television series in 1989 and became a nigh-instant hit. Futurama debuted a decade later, and while it had a much rockier road, it became a fan favorite in its own right. But it’s been almost 20 years since Groening last introduced a new cast of characters, and TV has changed immeasurably since the turn of the millennium that Philip J. Fry celebrated in Futurama’s series premiere. To make that third shot, Groening and his collaborators need to produce a show that can keep up with those changes, a daunting task to say the least. 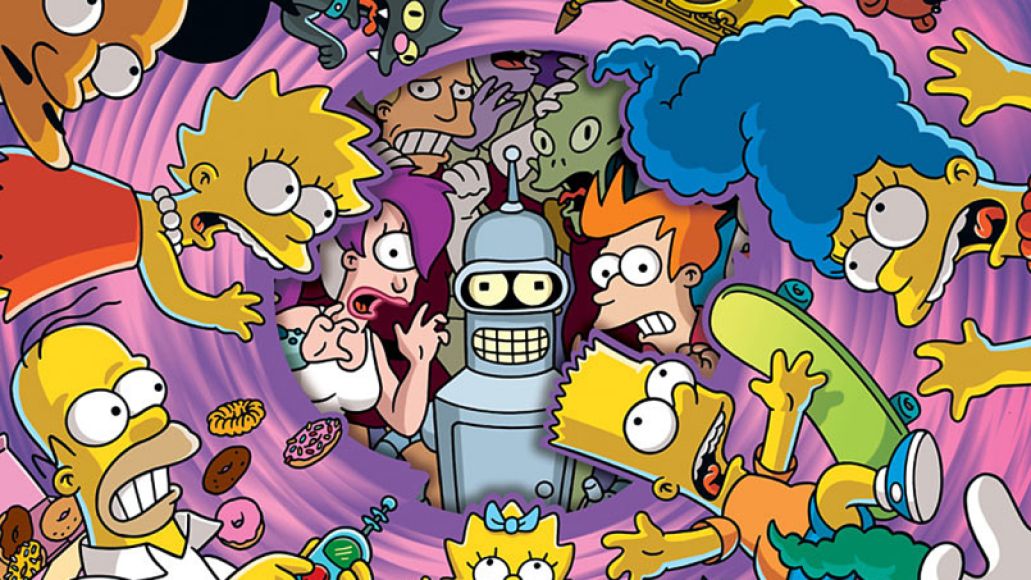 One way that Groening and company are keeping up with the times, however, is Disenchantment’s method and manner of distribution. Rather than airing on the Fox network, where Groening’s prior two series started, or even a cable channel like Adult Swim, Comedy Central, or FXX where they found new life, Disenchantment is dropping on Netflix in a single 10-episode dollop. And Groening’s also matching the modern standard — a shorter season order, with all episodes released at once — rather than his usual 22 episode jaunts aired on a weekly basis.

That shorter episode order and all-at-once distribution helps Groening’s other big effort toward crafting Disenchantment for modern sensibilities — serialization. While The Simpsons has had smatterings of lasting character development and the occasional sequel episode, it’s almost purely episodic. And although Futurama featured a bigtime myth arc and allowed a few isolated plots to unspool over the course of a few episodes or even a few seasons, it too mainly told individual stories.

Disenchantment, on the other hand, is following the lead of fellow Netflix animated series BoJack Horseman in putting together episodes that can be consumed as individual installments, but also present a larger story when taken as a whole, with serialized elements that continue from the beginning of the season to the end. It’s a first for a Groening-helmed television series. In light of how serialization gave another long-running animated series, South Park, a creative shot in the arm after almost 20 years on the air, there’s hope that this shift can do for Groening what it did for Trey Parker and Matt Stone.

Disenchantment isn’t all risks and departures, though. Part of how Groening is trying to ensure a home run with his third at-bat is by going with what, or more specifically who, worked for him before. That means stocking the show’s writing staff with Bill Oakley and Josh Weinstein, a duo whose tenure as showrunners for The Simpsons produced some of the series’ best-loved and most experimental episodes, as well as Groening’s Futurama co-creator David X. Cohen, who’s no stranger to imbuing heart and humor into a genre setting. It also means bringing back voice talent from Groening’s previous hits, like John DiMaggio (Bender the robot), Billy West (Fry, Prof. Farnsworth, Zoidberg), and Tress MacNeille (Agnes Skinner, Linda the newscaster). In order to put Disenchantment on the map, Groening was ready to bring in the folks who’d helped him chart the right course on his prior shows.

Still, even with that mass of talent, it’s a tricky thing to score a hit with a third television series. Audiences who sees Groening’s name on a new show arrive full of expectations from three decades of stories from Springfield and seven stop-and-start seasons of adventures with the Planet Express crew, which creates a need to fit a familiar style or risking putting off the fans who are anticipating more of what they already know. But if all a new series offers is reheated or remixed versions of what came before, viewers will get bored quickly. It’s a tough tightrope to walk for Groening or any creator with a known brand trying to get something new off the ground.

Thankfully, Disenchantment seems poised to try to strike a balance on that front. While the show features Groening’s trademark overbite-sporting, googly-eyed character designs, and Futurama’s cel-shaded computer graphics, the visuals in “Dreamland” (the show’s setting) reflect a hand-drawn storybook look that fits the show’s medieval fantasy premise. The cynicism and loopiness of Groening’s humor is firmly present, but it’s also channeled through teenagers and young adults and their challenges to figure out who they are at a fraught time in their lives, something all-but absent from The Simpsons and Futurama. 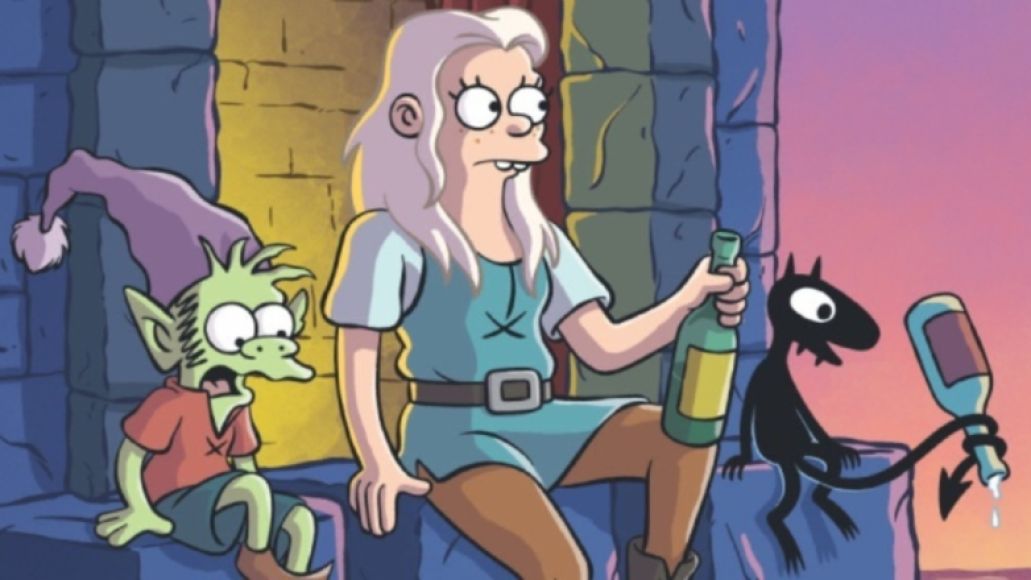 Disenchantment also features Groening’s first female lead — an alcoholic, lapsed princess named Bean (Abbi Jacobson). (That is, incidentally, one consistency across all three of Groening’s series — whatever the time and place, his lead characters all like the sauce.) That shift is not just the swap of a white shirt and blue pants for Middle Ages finery, though. The new series focuses on the obstacles and expectations placed in front of Bean by the society she was raised in and the difficulties and consequences that come when she tries to shake them off.

Timeliness and social commentary are nothing new for Groening and company, nor is using the sillier setups of a fictional world to comment on the absurdities in the real one. But building this new show around a different type of protagonist, and the sort of real world problems she’d face (albeit filtered through a layer of swords and sorcery), helps keep the show fresh and relevant, even if it comes from a crew with loads and loads of experience.

That sort of novelty is a boon to someone like Groening, trying to push his art in new directions after so many years in television. When Groening first pitched The Simpsons, he was a young and hungry cartoonist, pedaling his wry worldview to a then-fledgling network. Now he’s a comfortable 64-year-old multimillionaire, unveiling a new show in a very different media landscape and in a very different position from where he started. The leading indicators are promising, but time will tell whether the third time can be a charm for Groening and Disenchantment and if there’s still enough magic leftover from his first two outings to power another series of misfits and comic misadventures.

Can Matt Groening Strike Gold for a Third Time with Disenchantment?