Cursive have announced their first new album in six years, Vitriola. The post-hardcore indie rockers will release the 10-track LP via their own 15 Passenger label on October 5th.

The follow-up to 2012’s I Am Gemini, Vitriola finds the Omaha band returning to a sound closer to 2003’s The Ugly Organ. That’s thanks in no small part to the return of the cello to Cursive’s lineup courtesy of the band’s newest member, Megan Siebe.

“I was really wanting to go back to that raw emotional feeling that I used to get, how I wrote the first couple Cursive records when I was a younger man,” bandleader Tim Kasher told NPR Music. “I would suggest that that was a little bit easier this time, with so much avarice and bile that we were all experiencing. [It] felt natural for me to just go with that.”

That desire to get back to the emotional core of his older recordings stems from “all the ‘vitriol’ seeping into our daily lives,” as Kasher explained in a press release. All the modern rage apparently gave him an actual ulcer, so he decided to try and purge the negative energy via the music. “Rather than contributing to the anger, hopefully this record can be witnessed as a reflection of our collective anxieties, and perhaps offer a little catharsis,” he said.

Cursive’s catharsis begins on Vitriola’s lead single, “Life Savings”. An unrelenting takedown of capitalistic obsessions, the track highlights all that Siebe brings to the sound as her cello swarms around Matt Maginn’s bass. It also shows us how even at his angriest, Kasher has his eyes on survival: “When this horror’s over/ And the greenback’s all but trashed/ Currency will be our head and hands/ So, you don’t want to lose your head.”

“We worked with friend Matt Hewitt to make this video, he’s been making amazing action/horror shorts since he was young,” Kasher said in a press statement. “We gave him full license to come up with the idea and to be as violent and/or as gory as he wanted to be… I love this video.”

Hewitt explained further, saying, “I brought up a few things with Tim as far as inspiration, namely the Scott Smith novel and the equally good Sam Raimi adaptation, A Simple Plan. It seemed to fit with snippets of the lyrics here and there, and while the ‘find money in the woods’ trope is a little tired for a feature, we agreed it made a very jam-packed and interesting video. And gangsters with guns are traipsing around the woods, The Sopranos episode ‘Pine Barrens’ is never far from my mind either, so there was a dash of that too.”

Vitriola is available for pre-order now. Take a look at the cover art and tracklist below. 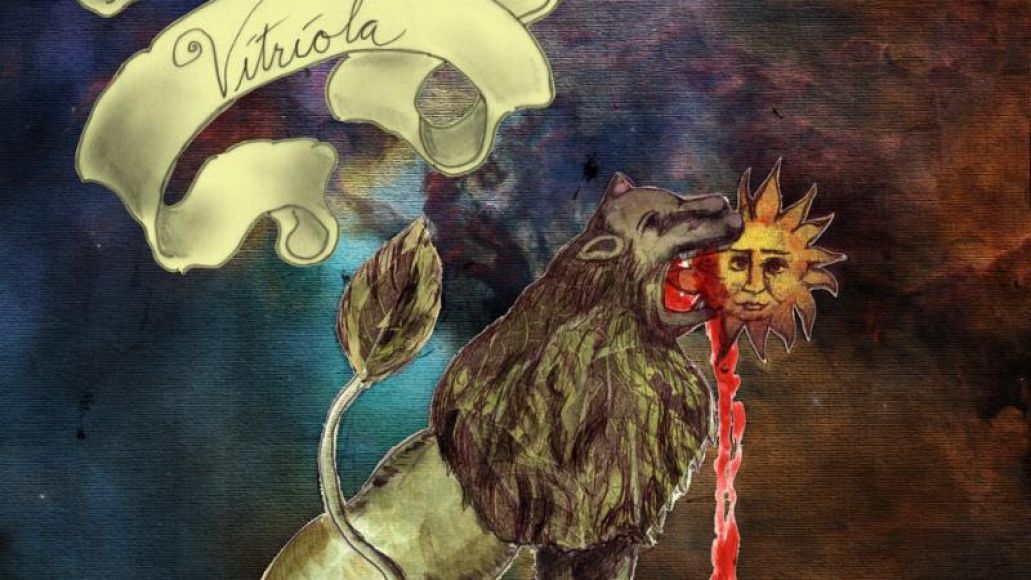 Cursive will support the album on a full fall tour of the US. Find their itinerary below.