“They stamped it, didn’t they? Those damn Gideons.” Sorry Mr. Phelps, we’re talking about Mondo. Once again, they’re back with another landmark pressing: For the first time ever, Danny Elfman’s oft-forgotten score for Brian De Palma’s Mission: Impossible will be available on vinyl.

Pressed on 180 gram colored vinyl, and featuring liner notes by Brian Satterwhite, this two-LP set will be available in either Red Light / Green Light vinyl or strictly Translucent Red. The former will be limited to only 1,000 copies, so die-hard fans will want to keep their eye on the package.

In anticipation, we spoke to Mondo’s record label manager Mo Shafeek who gave us some context on the release, namely why the company accepted this Mission and if there are any soundtracks that are just too Impossible to nab. Read below and pre-order the album here.

01. Mondo has an impeccable track record with picking up ’90s blockbusters. What is it about that era that speaks to you? Why this one?

There’s an era of a very specific nostalgia that mostly, probably comes from my share of the soundtrack curation at Mondo. My label partner Spencer Hickman and I come from very different backgrounds, and generations of cinema. His tastes lean more 70’s and 80’s European cult and horror and exploitation, while mine is more guilty pleasure 90’s blockbuster cinema. That’s why he’s re-issuing the soundtracks Hellraiser and the films of the Hammer horror era, while I’m working on Josie and the Pussycats and Elfman’s Mission: Impossible … not to pigeon-hole my tastes.

But whenever we’re each working on our “dream lists,” I always throw in a few titles that are more for the 12 year old me who rushed to Sam Goody to buy a soundtrack album right after he saw a movie. That said, Danny Elfman’s score to Mission: Impossible is not only the best score of the franchise (Lorne Balfe’s Fallout score is a close second), but it’s one of his best scores. 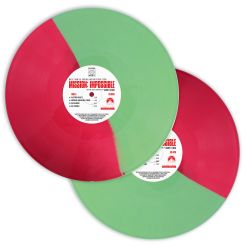 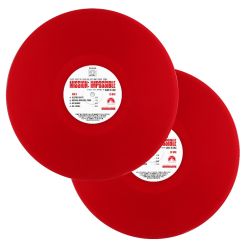 02. Did you connect with Danny Elfman on this release?

Sadly, no. In a dream scenario we would have composer involvement on every single re-issue we do, but a lot of times, especially like in this case when it is a reissue of the original album as it was released, it just isn’t possible for original parties to be involved due to bandwidth.

03. How much research traditionally goes into the packaging? Love the red light/green light motif for this one.

Thank you! A ton, actually. As stated above, Spencer and I don’t really work on projects unless they mean a ton to us. Being a huge fan of this franchise, something like this was very easy to put together. But traditionally we assign each film to an artist who is a fan of that particular film, show, or game, and let them run wild. And we strive to make each release as purposeful and special so that a fan would appreciate the little touches. In this case, the gum that goes… “boom.” 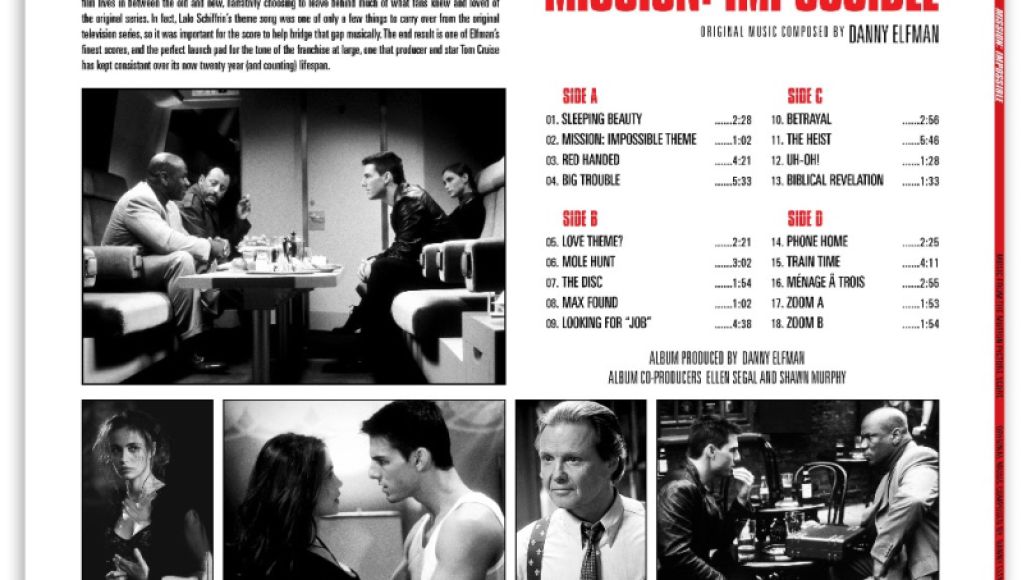 04. Do you feel it’s part of Mondo’s mission plan to make cult soundtracks out of oft-forgotten soundtracks?

I think what we are after is legitimizing the soundtrack album. By no fault of anyone, in particular, the soundtrack album became highly niche. The reaction I got to the reissue of Josie and the Pussycats really changed the game for me. Ever since that release, I get requests all the time from customers for soundtracks to films that I never would’ve dreamed would have a fanbase for its score. Everyone has a film they love that is not seen as a commercial or a critical darling … so the likelihood of it getting a deluxe re-issue, or a Criterion Collection Blu-Ray is very small. I’d like to think what we are doing is giving a lot of those films the showcase they deserve.

05. Coming into Mondo, what were the soundtracks you wanted to reissue/press most? What are some you still want to secure?

The list changes every day. At the moment, I think my top three at the moment would have to be Yann Tiersen’s score to Amelie, the original Jem and the Holograms TV series, and … the rest of the Mission: Impossible franchise.