Laura Jane Grace & the Devouring Mothers is the new project from Against Me! frontwoman Laura Jane Grace and featuring Against Me! drummer Atom Willard and bassist Marc Jacob Hudson. The trio has now announced details of its debut full-length album, Bought to Rot, which will be released on November 9th through Bloodshot Records.

Bought to Rot features 14 tracks about “Grace’s fractured relationship with her adopted hometown of Chicago, true friendship, complicated romance, and reconciling everything in the end…,” according to a press release. Now the same age as Tom Petty was when he released his solo debut, the punk singer-songwriter was inspired by 1989’s Full Moon Fever to pen what’s described as her “most musically diverse collection of songs” ever.

As a preview, Grace has unveiled “Apocalypse Now (& Later)” as the album’s first single. A touching folk-punk track strummer out on acoustic guitars with an electric bridge, the song is very straightforwardly about being so in love with someone that the end of the world wouldn’t even phase you. “There’s nothing that can hold me back/  Don’t have happy ever after, just have here and now,” Grace sings. “On the Samhain of our souls watch the world burn in fire/ The bliss of your kiss in the apocalypse.”

Bought to Rot is now available to pre-order via Bloodshot. See the album’s artwork and tracklist below. 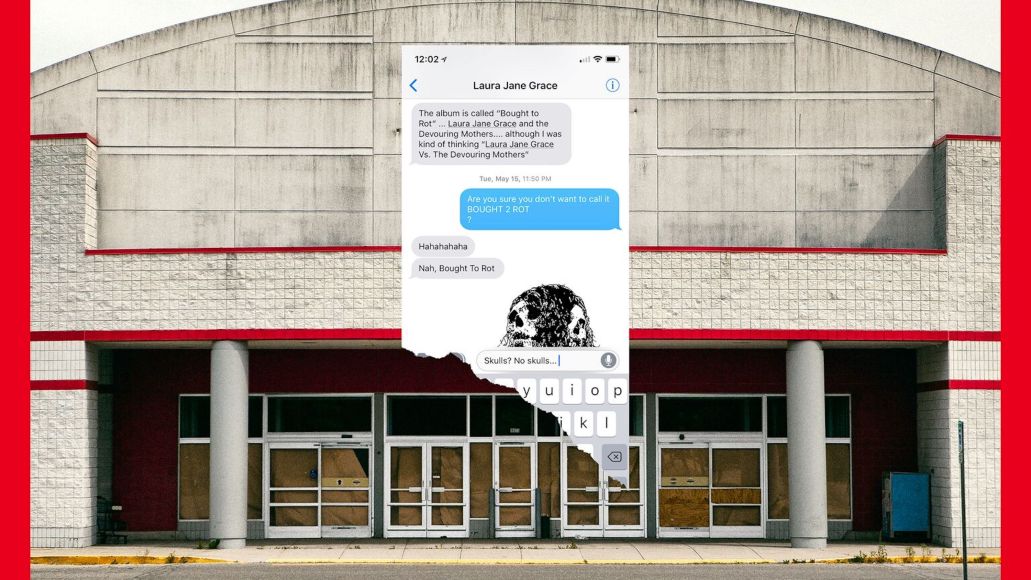 Laura Jane Grace & The Devouring Mothers will support Bought to Rot with a small bit of touring in November. See their as-yet-announced itinerary below.