First watches, now whiskey! Move over Kiss, Metallica are becoming big players in the branding game. Their latest endeavor is their own brand of whiskey — and it’s not in a jar, it’s in a bottle.

The band writes in an official announcement, “‘Blackened’ isn’t just the name of a song on …And Justice For All and now on the bottle; it literally helps to shape the flavor! That’s right, the blend of bourbons, ryes, and whiskeys from all across North America, carefully selected by Dave himself, is housed in black brandy barrels and inundated with low hertz sound waves so intense that it actually enhances the molecular interaction and ultimately the finish of the whiskey.”

They add, “We are fortunate to have a long-time collaboration with Meyer Sound, who have engineered a proprietary subwoofer that amplifies the low frequency sound waves and all the planets aligned. It just so happens that the low-frequency range needed for Dave’s vision was the range you hear in our music and the process of sonic-enhancement we call ‘Black Noise’ was born. A patent-pending process, the playlists that we create helps to shape the flavor of the whiskey.”

Blackened American Whiskey will be available this fall in liquor stores and restaurants, but fans and liquor connoisseurs will be able to sample the beverage at events located near Metallica’s shows on their upcoming U.S. tour. The first events take place in Madison, Wisconsin, and surrounding areas, with Metallica set to kick off the trek there on September 2nd.

Full details on Blackened American Whiskey, as well as the initial tasting events, can be found here. 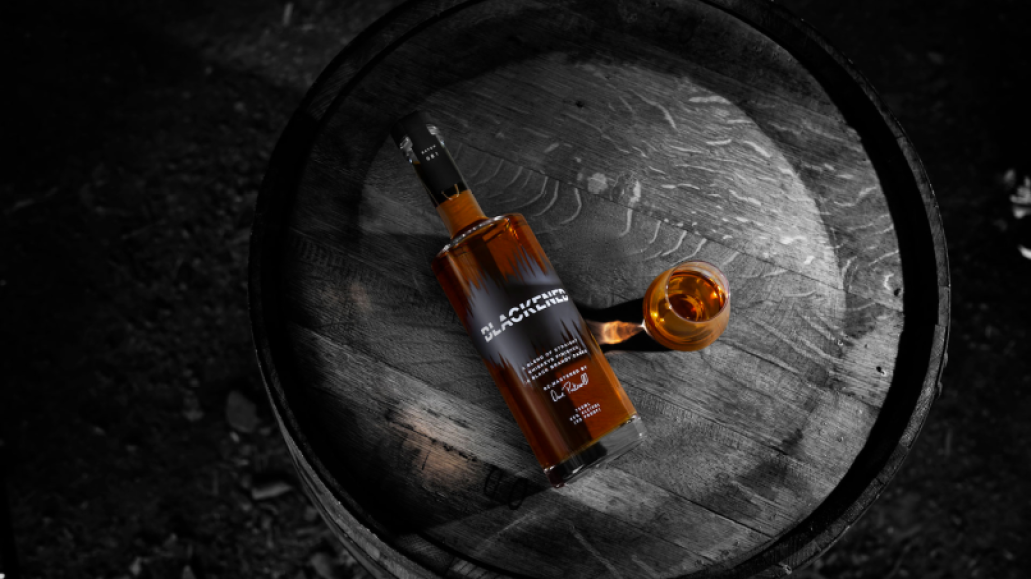