Last month, during an appearance on our own This Must Be the Gig podcast, Mount Eerie’s Phil Elverum revealed that he was preparing a live album entitled, (after), which would chronicle the songwriter’s November 10th, 2017 performance at Le Guess Who? Festival in Utrecht, where he played songs from that year’s tragic and beautiful A Crow Looked At Me, as well as cuts from the then-unreleased Now Only, which arrived this past March. The performance unfolded at the Jacobikerk, a 13th century gothic church.

Elverum toured quite a bit with these songs, using the intimate performances as a means of coping with the recent loss of his wife. In a lengthy press statement (shared in full below), the singer said the Le Guess Who? gig was the best of these shows. “The concerts ended up being something beyond strange, macabre, gawk-shows. I don’t know what they were exactly,” he wrote. “Just strangers gathered in beautiful rooms to pay close attention to one person’s difficult details, and to open up together, quietly. They have been the most powerful shows of my life, no question.”

Consequence of Sound  contributor and TMBTG host, Lior Phillips, was in attendance, writing at the time that the show found “the man behind Mount Eerie [putting] some sense of form to the absolute chaos and terror of loss, a feeling of logic that could fall apart at any moment just like his life had.”

Accompanying the announcement is a live rendition of A Crow Looked At Me’s heartbreaking “Soria Moria”. Hear the commanding, spiritual performance below.

(after) arrives on September 21st via P.W. Elverum & Sun. Pre-order the album here, and read Elverum’s statement in full below:

“While making the songs that would be released as A Crow Looked At Me, I wasn’t thinking at all about sharing them with other people, family or strangers. Nobody. I was only thinking of squeezing the constant flow of words that was crashing around in my head into a familiar form, a song, since that was my habitual method of processing that had accidentally developed since adolescence. I made my inner monologue into songs for no other reason than to release it from my skull. At some point during the writing I recognized a feeling in the vicinity of ‘pride’ about the work. It was a strange realization. These songs, and the facts of my life that the songs were made from, seemed like nothing to be proud of. They seemed like something purely brutal and new and apart from my usual conception of creative work, and the notion of having excitement stemming from these new songs was accompanied by so many apprehensions and uncertainties. What does it mean to write things like this down? What would it mean to record it? What would it mean to share it with strangers? Where is the line of propriety? What is anyone supposed to do?

“At every step I was uncertain if it was OK to be doing what I was doing. My hunch was almost always that it was wrong. Don’t write it, don’t record it, don’t sing it in front of people, don’t repeat it. But also I was surprised to discover that my internal response to this hesitation was almost always to double down and go deeper in; to write more nakedly, to go on another tour, etc. In the year that came after releasing A Crow Looked At Me I toured a lot. The United States, Canada, Europe, Australia, New Zealand, Japan. It wasn’t easy. The shows were emotionally difficult and the atmosphere was so delicate and strange, like reenacting a violent act on stage in front of a paying audience every night. On top of that, I had to tour with my daughter (and a nanny) so my mind was stretched between 2 big difficulties. But fortunately, with the help of so many understanding and helpful agents, bookers, organizers, I was lucky to get to perform these songs in very well suited and beautiful rooms, nice theaters and churches, to kind and supportive listeners. The concerts ended up being something beyond strange, macabre, gawk-shows. I don’t know what they were exactly. Just strangers gathered in beautiful rooms to pay close attention to one person’s difficult details, and to open up together, quietly. They have been the most powerful shows of my life, no question.

“Even so, every time it was clear that the audiences shared the same apprehensions that I had. After the first song, every time, there was a palpable hanging question in the air: ‘should we clap?’. It’s a good question. What is this? Is it entertainment? What is applause for? What kind of ritual is this? Many close friends have still not listened to the records or come to a concert. What, beyond pain, is embodied here? I don’t know exactly what my job is, traveling around and delivering these feelings. The concerts in 2017 and 2018 have been unusual, unexplainable, and great.

“The best one was at Le Guess Who? festival in Utrecht, Netherlands on November 10th, 2017. Nobody was supposed to be recording these shows but fortunately someone didn’t get that message and this beautiful recording of that show has surfaced.

So now I’m plunged back into the apprehensions, now pushed into new territory. What would it mean to release a live album of these songs that maybe shouldn’t have been written in the first place, let alone recorded or performed? Is it OK? Does it bring anything new to the songs to hear them in this way? My hope is: yes. You can hear the breath in the room. You can feel the simultaneous intimacy and immensity. Foregrounded by the hyper-bare instrumentation (minimal acoustic guitar), the words burn brighter even than on the albums, more legible. This is a recording of these ultra-intimate songs living in the real world among people, and of peoples’ wide eyed accepting silence, and clapping.” 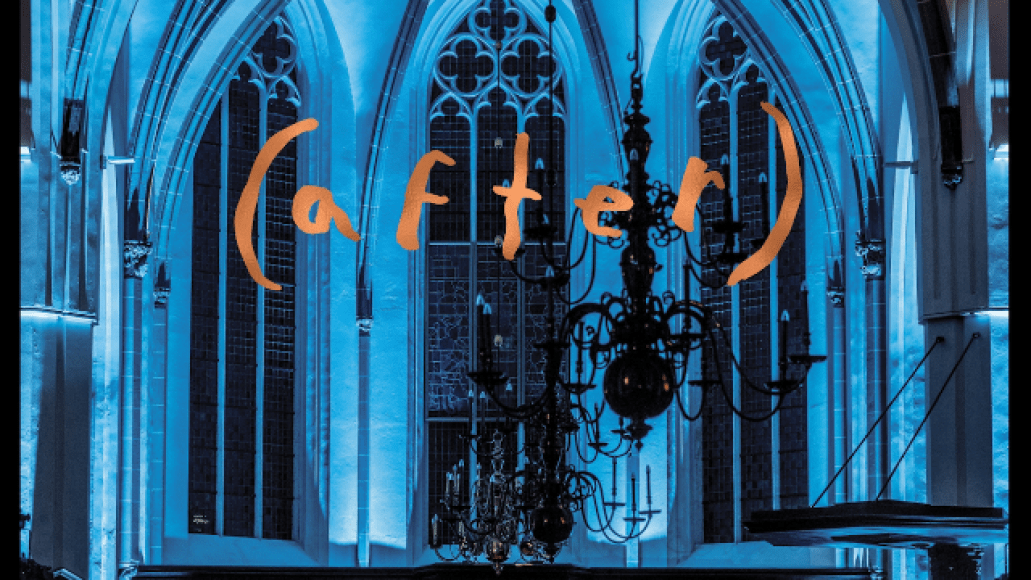