Known for his ingenious, Grammy-winning parody songs, Yankovic eventually took the stage to thank his fans. “Dreams do come true,” he said of the star, which he’d specially requested to be placed near two of his favorite music icons, Hee Haw host Roy Clark and Barry White. (He also kindly asked it to be “within 200 feet of a Hooters.”)

“My name is gonna be walked on, spit on, and let’s face it… urinated on for generations to come,” the 58-year-old continued on with his speech. “That’s a legacy, my friends.”

Before unveiling the star, Yankovic had one last request to make. “Please, please don’t pickaxe my star,” he said, referencing Donald Trump’s own ill-fated star. “I know it’s all the rage these days, but that’s not cool. That’s rude.”

“Please don’t do that,” he added. “…Unless at some point in the future I do something unfathomably monstrous and evil, in which case, go ahead… it makes sense.”

As NBC 7 points out, Yankovic is the 2,643rd recipient of a Walk of Fame star since its completion in 1961. His last album, 2014’s Mandatory Fun, won a Grammy for Best Comedy Album. One of its singles, “Word Crimes”, debuted in the Billboard Top 40, “making him one of four artists to have had Top 40 singles in each of the last four decades along with Michael Jackson, Madonna and U2.” Yankovic recently joined Weezer live for an accordion-filled cover of the Toto classic “Africa”.

Check out the full ceremony below, followed by a few choice screenshots from the stream. 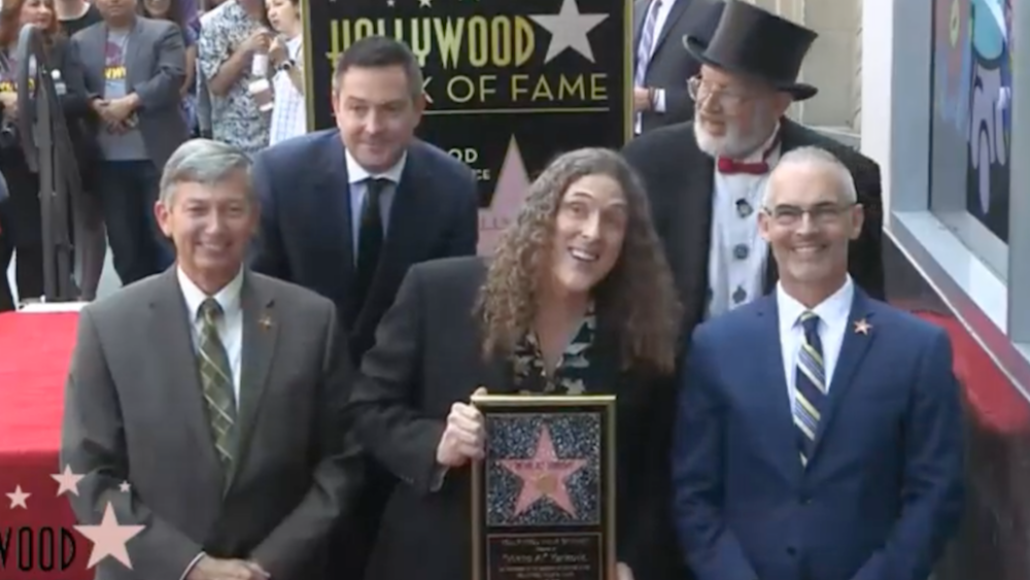 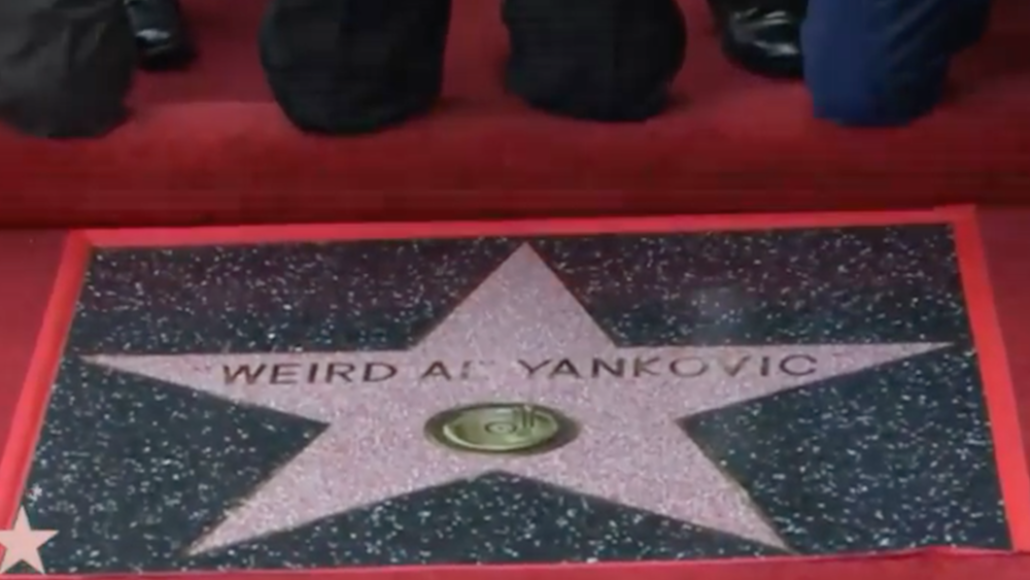