Critically acclaimed doom metal band Windhand have unveiled details of their upcoming album, Eternal Return, along with a video for the disc’s first single, “Grey Garden”.

The Richmond, Virginia, act’s fourth album will arrive October 5th via Relapse Records. A press release describes Eternal Return as “a complete life-to-death journey. As unplanned things go, it’s an observation of as well as a reflection on life’s ups and downs, joys and sorrows, beginnings and ends.”

Musically, the disc will offer a mix of heavy and “reflective” songs, with “the juxtaposition of heavy, psychedelic and pensive … less like Black Sabbath or Sleep and more like Soundgarden or Veruca Salt.”

The song “Grey Garden” (watch video below) showcases Dorthia Cottrell’s wistful voice over some powerful riffing by guitarist Garrett Morris, and includes an ethereal slow-tempo section in the middle that is as melodic as the rest of the song is heavy.

The album is produced by Jack Endino, who famously produced Nirvana’s debut album, Bleach. In fact, Kurt Cobain is cited in the press release as an influence on Eternal Return. 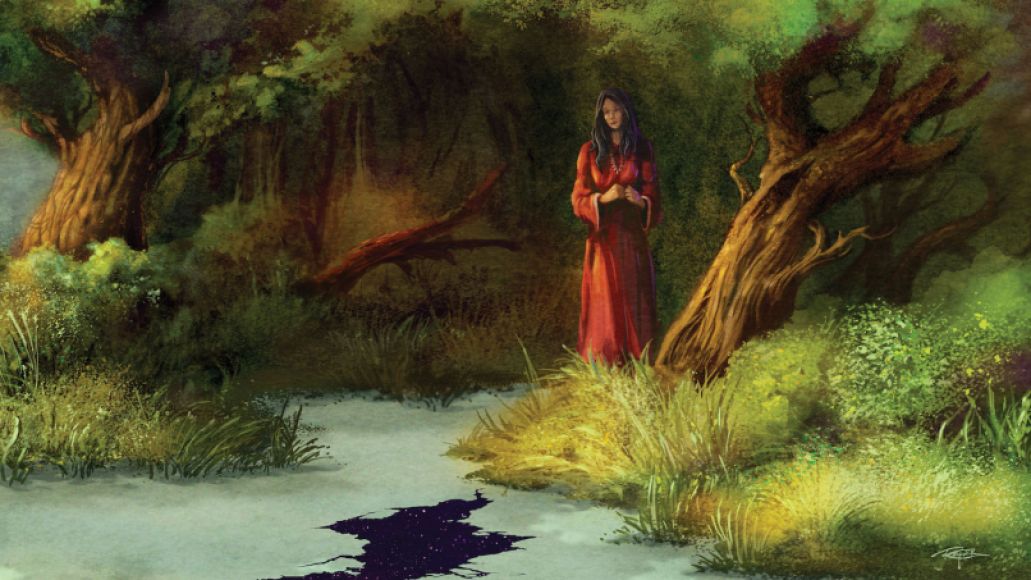 Windhand will support Eternal Return with a fall North American tour with Satan’s Satyrs. The trek launches October 8th in Atlanta and runs through November 15th gig in the band’s hometown of Richmond, Virginia. A full list of dates can be found below, while the album can be pre-ordered here.