Calpurnia, the indie rock outfit led by Stranger Things’ own Finn Wolfhard, have recorded a two-song set for Spotify’s ongoing Singles series. The session features a track from their debut EP, Scout, but the real highlight is their cover of a Weezer classic.

The Vancouver natives chose to take on Weezer’s “Say It Ain’t So”, noting in a statement that it was “a great way to pay homage to a band that’s changed music many times over.” They also said they were inspired by Weezer’s “triumphant” cover of Toto’s “Africa”. On the actual cover itself, Calpurnia stick pretty close to the 1994 original, but the female vocals of Ayla Tesler-Mabe and Wolfhard’s occasional screechy howl lend new textures to this reworking. (Maybe eventually they’ll get Weird Al on it?)

At Spotify’s New York City studios, Calpurnia also performed an alternate take on “Wasting Time”, the second track on their Scout EP. Wolfhard previously spoke to Consequence of Sound about the song, saying: “I think the sound, out of all of the albums, how it sounds, pleasing to the ears, that’s my favorite one that sounds good. It’s not my favorite song off the EP, but it’s my favorite one that nestles in the ear.”

Stream the full Spotify session below.

In the past, Calpurnia have covered The Velvet Underground and Twin Peaks.

In continued support of Scout, the band has expanded its world tour to include a new series of 2019 US tour dates. 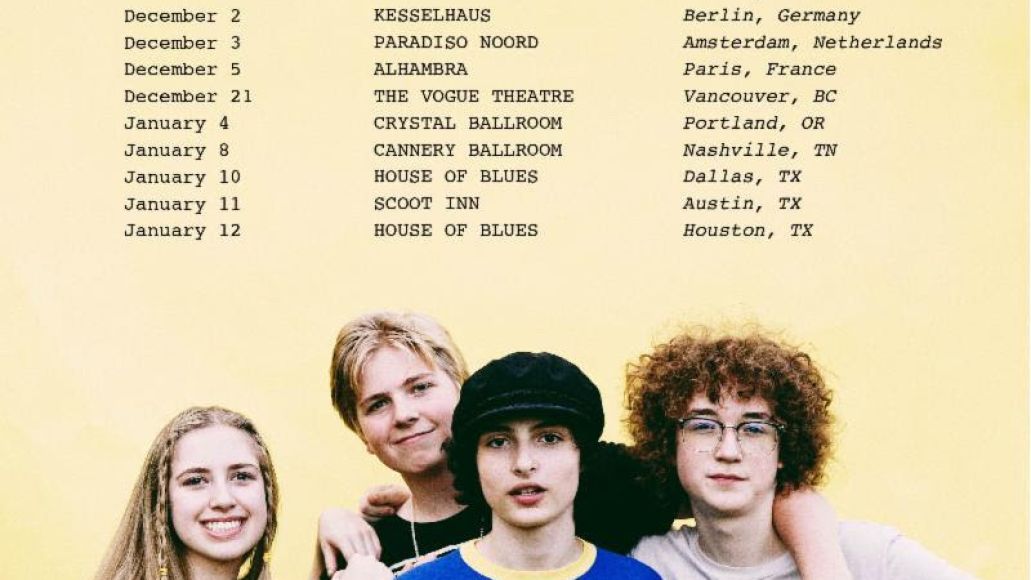 Calpurnia pay homage to Weezer with "Say It Ain't So" cover: Stream