On this warm summer night in Holmdel, NJ, two of the bigger rock bands on tour this summer stopped by the PNC Bank Arts Center to light the place up on September 1st. And that’s what Godsmack and Shinedown did during this co-headlining tour stop. Both bands were armed to the teeth full of pyro for all the fans to enjoy as they pounded out their many rock hits.

On this night, Shinedown were up first, booming pyro right out of the gate. The band is out in support of their latest album, Attention, Attention, and lead singer Brent Smith commanded just that. They ripped a blistering set consisting of both old and new material as they opened up with “Sound of Madness”. Smith, guitarist Zach Myers and bassist Eric Bass feverishly ran and jumped around the stage for the entire set. Older material included “State of My Head” and “Second Chance”. Later in the set, the band’s cover of Lynyrd Skynyrd’s “Simple Man” evolved into a huge crowd sing-a-long, which led to one of the band’s new singles, “Devil”.

Closing the night were Godsmack, who are out in support of their latest album, When Legends Rise. Frontman Sully Erna grabbed command right away, opening up with the new album’s title song. This tour was a perfect pairing of these two heavy hitters, as Godsmack played both old and new material, as well. Highlight’s include Erna and Shannon Larkin’s drum battler, which included a medley of Queen’s “We Will Rock”, the Beastie Boys’ “So Whatcha Want”, Metallica’s “Enter Sandman” and Led Zeppelin’s “Moby Dick”. At this point, they whipped out their No. 1 hit “Bulletproof”. Another highlight included the band covering Elton John’s “Saturday Night Is All right For Fighting” with help from Shinedown’s Zach Myers. Well it was a Saturday night after all. In closing, the band played “I Stand Alone”.

The co-headlining summer trek has wrapped up, but these two bands will be at it again for a fall jaunt beginning September 21st in Greenville, South Carolina. See a full list of dates here, and grab tickets here.

See photos of Godsmack and Shinedown in the gallery below (click to enlarge and scroll), as well as setlist for both bands. 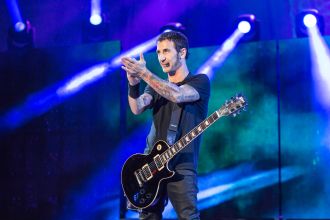 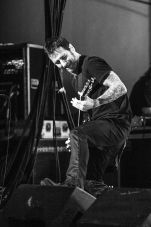 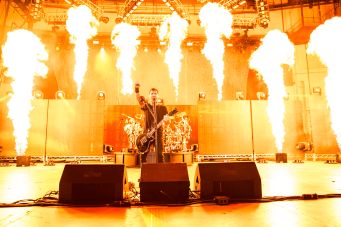 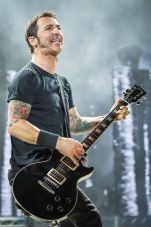 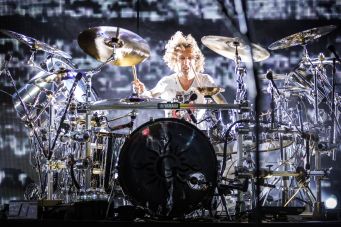 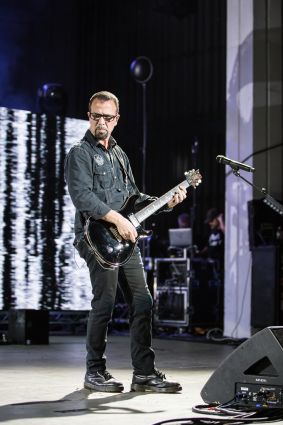 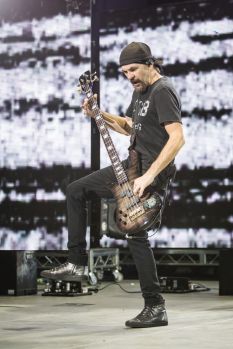 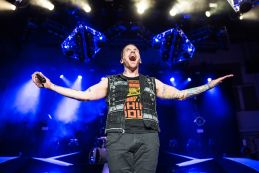 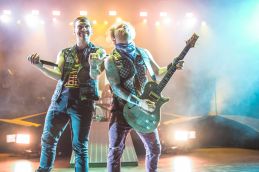 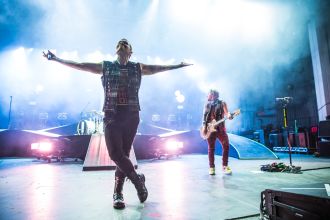 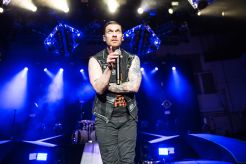 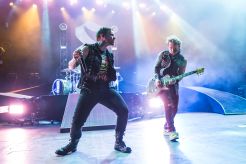 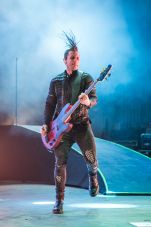 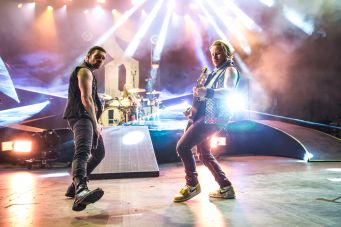 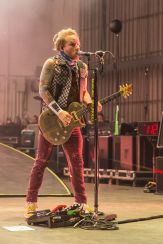 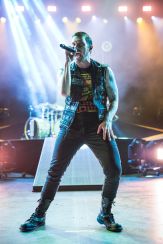 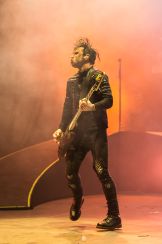 Halestorm Unharmed After Tour Bus Is Destroyed by Fire

In Photos: Godsmack and Shinedown bring the hard-rocking hits to New Jersey