This article originally ran in 2018 as part of our celebration of In Utero’s 25th anniversary.

Man, did Nirvana hate stardom. And not in the prefabricated, posturing way bands typically pretend to. There was a purity to the Seattle trio’s indifference to (or, in frontman Kurt Cobain’s case, an outright disdain for) its own success that was nearly as compelling as its already-great music. Now, almost 25 years after the band’s tragic dissolution, Nirvana’s appeal still in part stems from the ways the band provoked those who tried to glorify them. There’s the now-infamous Rolling Stone cover in which Cobain wore a shirt declaring that “Corporate Magazines Still Suck”, or the time he toyed with network censors by playing the first few bars of “Rape Me” live at the Video Music Awards. But Nirvana saved its most subversive, insolent trick for the very end.

No one was ready for Nirvana to become the biggest band in the world in 1992. That goes double for Cobain, who wore his band’s worldwide fame like an itchy sweater he was dying to strip off. Nevermind did the unthinkable by tailoring ugly, underground rock for pop consumers, and it remains one of the most fascinating pop music evolutions of the past 30 years. But In Utero, the band’s third and final studio release, is amazing in the complete opposite way. If Nevermind built Nirvana into the biggest band in the world brick by brick, then In Utero was the wrecking ball they desperately tried to use to smash it all to smithereens. Forget any concerns about measuring up to the stratospheric expectations of its predecessor. This was a harsh, uncompromising rebuke of Nevermind’s polished, pop-friendly take on grunge and punk, a record that made the then-chic “alternative” moniker seem as tepid as tap water. 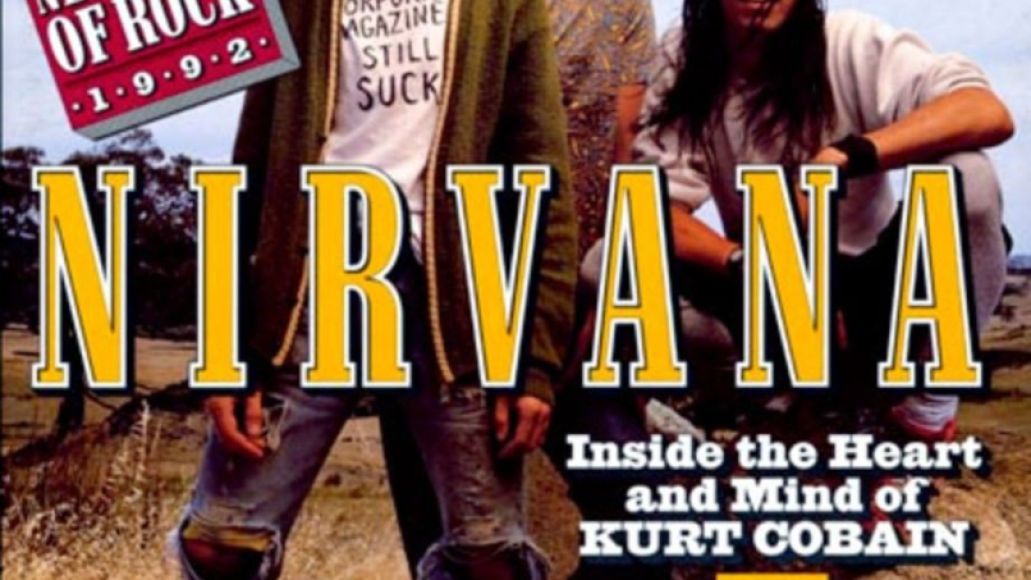 The abrasive record Nirvana was aiming for required the right producer. The trio demoed songs extensively and considered working again with Jack Endino, who produced the band’s 1989 Sub Pop debut, Bleach. In the end, however, Nirvana enlisted the services of revered engineer and indie rock figurehead Steve Albini, who by then had developed the raw, powerful studio sound that has long become his signature. The band came into the record fans of Albini’s work, with Cobain citing the Pixies’ Surfer Rosa and The Breeders’ Pod as specific influences for the kind of sound he wanted for In Utero. Albini, on the other hand, chose to work with the band out of respect for the band’s mission to push back against their own stardom. His agreement to take on the band came with an edict: There would be no label reps, handlers, or other sorted interlopers allowed during the two-week sessions. The band agreed, going so far as to pay for the sessions out of pocket to distance themselves from label interference. Recording began at Pachyderm Studio in Cannon Falls, Minnesota, in February 1993.

The 10 Heaviest Moments on Nirvana’s In Utero

Nevermind might boast Nirvana’s best songs, but nothing in the band’s catalog sounds as brutally cathartic as In Utero. The bulk of the album’s tracks were recorded live with a full band, and the results teem with propulsive energy. Dave Grohl’s drums arguably steal the show, and Albini reportedly used as many as 30 mics to catch rock and roll’s most hard-hitting drummer at full throttle. Atop Grohl’s percussive assault, primal guitar sounds and raucous distortion further took Nirvana’s sound in a decidedly less commercial direction. The band often played up to this change in approach, nowhere more so than on “Radio Friendly Unit Shifter”, a track that despite its cheeky title never stood a chance of landing on an FM dial. “tourette’s” slams with the reckless punk abandon of a bunch of misfits bashing out in their parents’ garage, while the flashes of experimental guitar on “Milk It” sound like a nod to art-damaged underground heroes like U.S. Maple and Jesus Lizard. Even the catchiest tunes on In Utero sound too dark for mass embrace. Singles “Heart Shaped Box” and “All Apologies” are great additions to the Nirvana cannon, but they’re not the anthemic rally cry that “Smells Like Teen Spirit” was. But this was all precisely by design. Having reached the pinnacle of the pop music landscape, Nirvana were now trying to come crashing back down to Earth.

Despite some pushback from the band’s label and management about the record’s relatively non-commercial sound (as well as additional remixes that were done after their work with Albini had finished), In Utero was released on September 21, 1993. Cobain was deliberate about his attempt to shed a good portion of the band’s fan base with In Utero, but he ultimately failed. The record landed at No. 1 on the Billboard Top 100 while critics continued to heap praise on the band. The verdict was in: There was nothing that Cobain and Nirvana could do to get out from under the success that had come to them. They had become the anointed ones, poster children for the alternative rock generation. Cobain tried to creatively bring his world back into some kind of balance to no avail, and as the pressures of fame and success continued to mount, the singer’s drug addiction and depression ultimately drove him to do the unthinkable. Cobain would be found dead in his Seattle home of a self-inflicted gunshot wound on April 5, 1994, barely six months after In Utero’s release.

Before Cobain’s death, it might have been easy to write off In Utero as some sort of chaotic ruse or the work of a band trying maybe a little to hard to sell the world on its anti-establishment bona fides. But knowing what we know now, it’s hard to dismiss the sincerity behind the record’s aggression. In Utero is the work of a truly gifted but troubled songwriter walking perilously close to the edge of his personal cliff, and the record is loaded with overt references to his struggles. Cobain touches on selling out his principles ( “Teenage angst has paid off well/ Now I’m bored and old,” he sings on album opener “Serve the Servants”), depression (“I miss the comfort of being sad,” he bemoans on “Frances Farmer Will Have Her Revenge on Seattle”), and his general confusion about his lot in life (“Dumb”). Hindsight is 20/20, but it’s hard 25 years later not to listen back on In Utero as equal parts artistic achievement and cry for help.

Nevermind might be the record that Nirvana is forever remembered by, but In Utero is arguably the truest representation of what Nirvana truly was, a massive band with the principles and integrity of one half its size. Cobain’s fear of selling out drove much of his band’s final studio record, but those fears were unfounded. Nirvana’s last stand isn’t just a great record by grunge’s flagship band. It’s a difficult but ironclad document of artistic bravery.

Pick up a copy of Nirvana’s In Utero here.

In Utero Lives on as Nirvana's Insubordinate Masterpiece