Origins is a recurring new music feature providing an artist the opportunity to expose some of the deeper inspirations behind their latest single.

John Nolan, known best as a member of Taking Back Sunday and his Straylight Run side-project, has announced a new solo album called Abendigo. His third solo full-length follows 2015’s Sad Strange Beautiful Dream, the new LP is due out November 2nd via Collective Confusion Records.

Abendigo marks a bit of a stylistic shift for Nolan, both musically and lyrically. Working with producer Mike Sapone (TBS, Brand New) and engineer Brett Romnes (Sorority Noise), Nolan folded electronic and ambient elements into his familiar indie-emo sounds. The resulting songs are bigger than anything he’s done before, filled with a new fury and grit. It’s a fitting soundscape to build off of as Nolan moves from lyrical introspection toward an examination of the larger “societal” human condition.

The slow storm of lead single “Do You Remember?” captures it all. There’s a slinking beauty fans of Straylight Run will recall fondly from efforts like 2005’s Prepare to Be Wrong EP, but it’s all given more weight under sliding guitar squeals and ringing synths. Tension builds in Nolan’s clenched-teeth delivery until it bursts in frustration on a chorus that screams, “They called out from the twisted wreck,/ ‘We brought this on ourselves!’/ Do you remember? Do you remember?”

Pre-orders for Abendigo are going on via Nolan’s official website. For more on what inspired the hard-hitting lead single, Nolan has broken down the Origins of “Do You Remember?”. 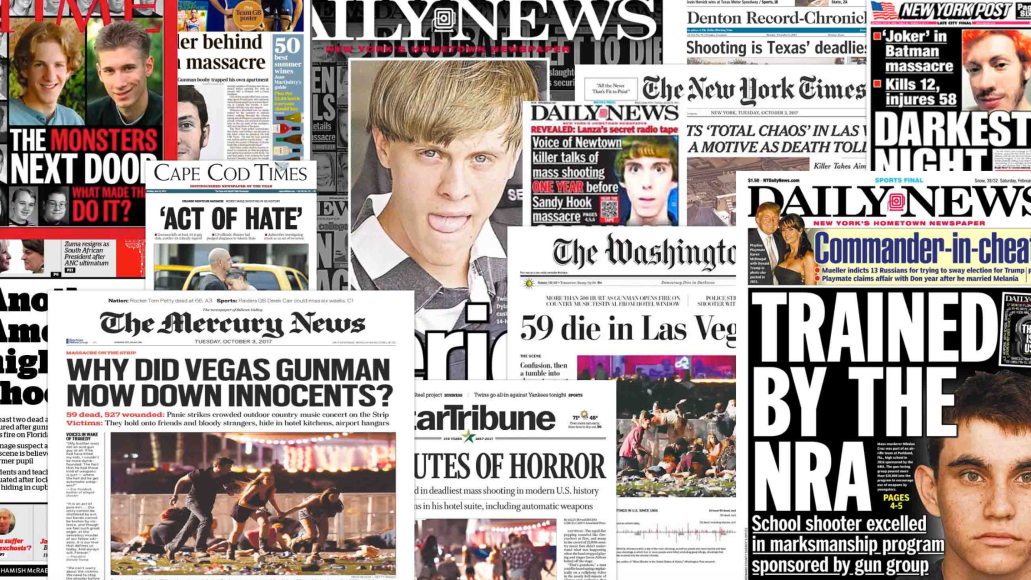 In an abstract way, “Do You Remember?” addresses our complete inability to process tragedies like mass shootings and find any kind of meaningful solutions. Rather than address this in a direct and obvious way, I wanted to tap into the feeling of existential dread that a lot of us have living in a place where horrific tragedies take place on a regular basis and are essentially shrugged off. The music came first and in a lot of ways inspired the lyrics. Before the vocals were written, I listened back to the music and it felt so ominous and disturbing. I think right from the start I was channeling something inside myself that needed to come out.  It’s not a hopeful song but the process of taking anger, confusion and frustration and expressing it in music is hopeful to me. When people hear it I’d like it to be a way for them to help process some of that same anger and frustration in a positive way.

I first became aware of this song watching Trainspotting 2. There’s a scene where some of the characters are sitting around watching the music video while the song plays in the background. I was immediately perplexed and intrigued by it. On the way home from the theater I looked it up and listened to it over and over. Aside from the bizarre lyrics and video I was drawn to the musical arrangement. I love the way they take their time at the beginning, slowly layering drum beats and strange, rhythmic noises before the vocals come in. I also love the monotone vocal delivery on the verses and how they build tension until exploding into the chorus. When I was writing “Do You Remember?”, I definitely had this song in the back of my mind. I don’t think the end result is that similar, but the elements I described and enjoyed in “Dad’s Best Friend” are there in “Do You Remember?”.

“‘No Way To Prevent This,’ Says Only Nation Where This Happens Regularly”: 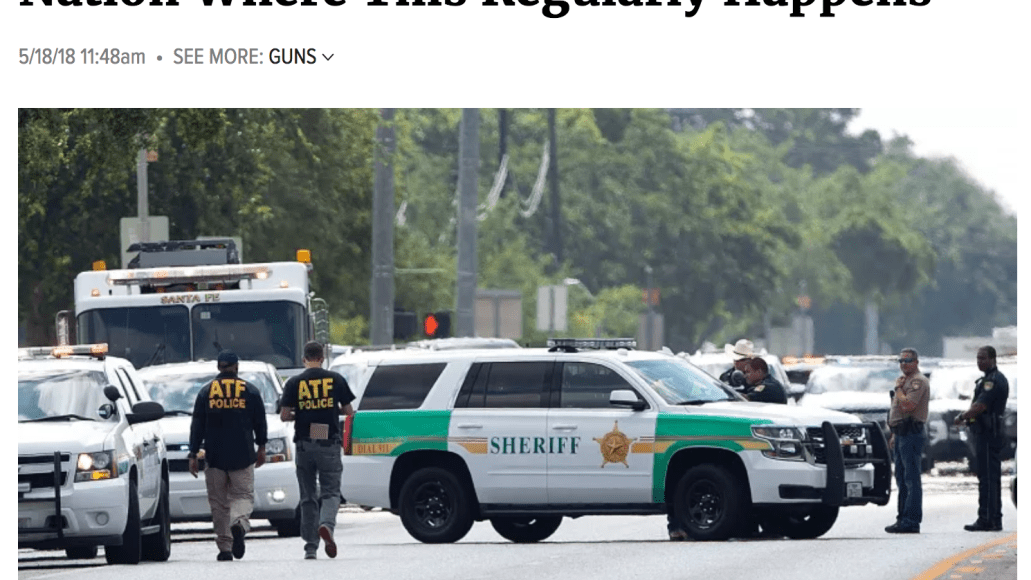 The Onion first posted this headline after a mass shooting that happened a few years ago. Since then they’ve re posted it again and again, just changing the details in the story to match the latest shooting. Even though it’s satirical, I think it underscores the insanity of our countries response to mass shootings better than any serious statement can.

The War of Art by Steven Pressfield: 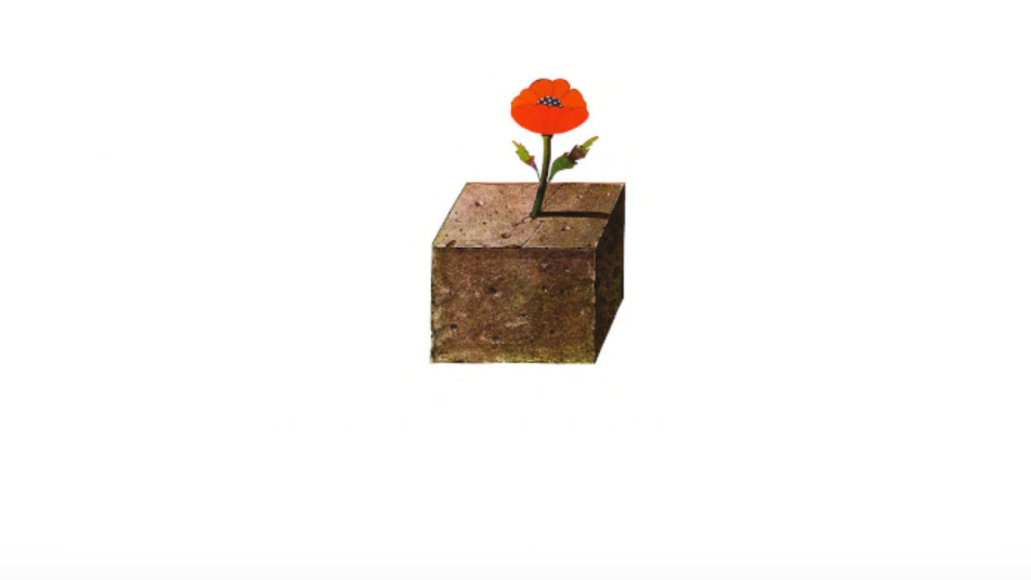 For most of my life as a song writer I’ve waited for inspiration to strike me before I sat down to work on something. This has worked for me but also meant that I’d go long stretches of time without writing anything and then have an explosion of inspiration where I’d write two or three songs in a week. I got tired of this process and decided I wanted to make song writing a more consistent and ongoing part of my life. I started reading The War of Art to help me do that. The first few chapters deal with all the excuses we make to prevent ourselves from pursuing a creative endeavor. It basically advises you to stop making excuses and just sit down every day and do the work. Regardless of if you’re feeling inspired or if you’re busy with other things, just make it a priority to spend the time doing what you want to creatively. Funnily enough, I didn’t finish the book. I took the advice in those first few chapters to heart and started sitting down every day to write songs. I was really surprised how well it worked. I wouldn’t necessarily write a song every time but I’d have an idea that would be the start of a song. When I’d sit down to write again I’d have something from my last session to work with and usually also come up with another new idea. “Do You Remember?” and most of the songs on my new album are the result of this approach.

I was introduced to film maker Alejandro Jodorowsky by my producer Mike Sapone. He showed me a documentary called Jodorowsky’s Dune. It’s the story of the insanely ambitious and mind blowing concept he had for adapting the book Dune into a movie. He went deep into creating the story board, detailed concept art and script before the project failed because of lack of funding. I recommend checking the movie out even if you’ve never heard of Jodorowsky or Dune. His creative vision and his approach to art are fascinating and inspiring. After seeing the documentary I watched two of his movies from the ’70s, El Topo and Holy Mountain. Both of them are unlike anything I’ve ever seen. Beautifully made and completely nightmarish. They tap into something that’s extremely disturbing but at the same time, thought provoking and meaningful. He’s been making movies, writing and creating various kinds of art for over fifty years, so I’m really just starting to delve into what he’s done. Seeing someone like him with a lifelong dedication to their unique artistic vision is very inspiring to me and will continue to be for a long time.

Nolan will tour behind Abendigo this November. His schedule is below.