Origins is a recurring new music feature that tasks an artist with taking us through the inspirations behind their latest song.

Next month, Madeline Kenney will return with her sophomore record, Perfect Shapes. Produced by Jenn Wasner of Wye Oak, the effort has been previewed with a pair of singles — “Cut Me Off” and “Overhead” — tracks that have make Kenney’s intention to emphasize vibrant melodies clear. That thread continues in gorgeous fashion on the latest taste of the album, “Bad Idea”.

The track winds tightly around taut synth lines, breathing and shrinking over a deceptively buoyant bass. Leaning more towards a dream pop feel than the previous singles, “Bad Idea” finds Kenney wading through her own subconscious to reach conclusions for which she wasn’t even aware she was searching.

“Sometimes you know when something is going to end… without knowing you know it,” she tells Consequence of Sound. “I feel like that’s where ‘Bad Idea’ came from; only after recording it did I realize what I was trying to say to myself. I wrote it when I was starting to tour more and pursuing things that matter to me, while trying and failing to juggle things that remained back at home. It’s the feeling of being at once the driver and passenger in your life as it moves forward.”

Take a listen via the lyric video below.

Perfect Shapes is out October 5th via Carpark Records. For more on how the lovely “Bad Idea” came together, Kenney had delved into the track’s Origins.

I got a Boss Super-Shifter PS-5 from a fellow intern at Women’s Audio Mission, and I just went crazy and started experimenting with it all over the place. I use it all over Perfect Shapes with different instruments and my voice. I have a little dinky mic I got for $4 at a garage sale with a ¼” jack, so I ran the mic thru the super-shifter and into my loop pedal to make those deep, octave-shifted vocals. Once that layer was down, the rest of the song kinda grew from there.

On a few songs on Perfect Shapes, I got really interested in combining programmed drums and live drums. My drummer, Camille, is an expert at weaving live percussion into the bones of the weird demos I send her. “The Letter” by Arthur Russell, is a great example of that technique really gracefully executed.

Kate Bush — “Running Up That Hill”:

I discovered before making my record that I have basically identical musical taste to Jenn Wasner, who produced Perfect Shapes. I think both of us were thinking a lot about Kate Bush and her fearlessness when it comes to crazy synth tones and both percussive and vocal experimentation. “Running Up That Hill” has it all — that genius synth hook, driving echoey percussion, and weird backing vocals mixed way up front. 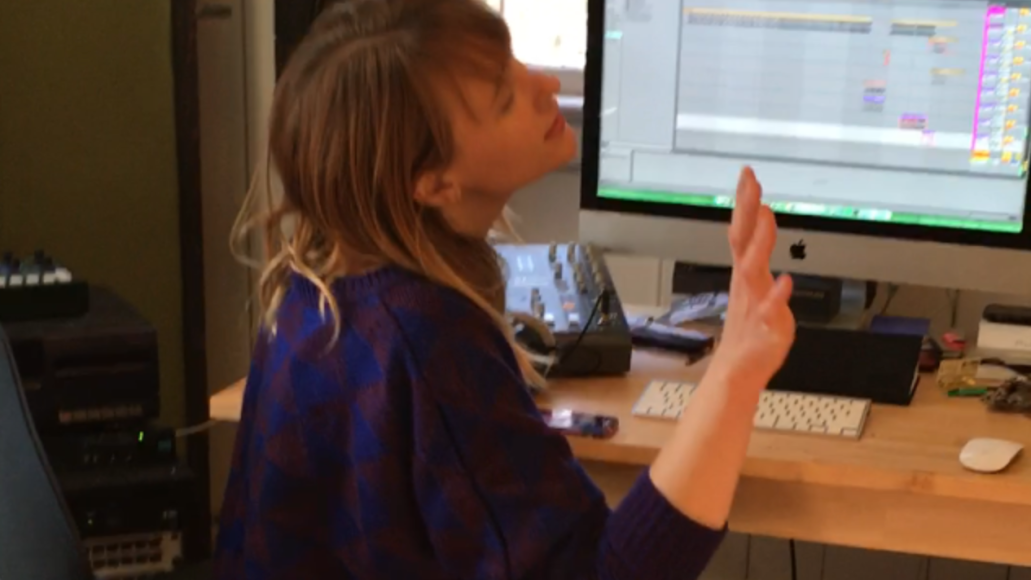 I had written all the synth parts in my demo using midi, and we decided to keep the same chording and run the midi through the Prophet-6 in the studio. It was honestly one of the most rewarding and satisfying sonic experiences of my life. Does that make me sound like a nerd? Okay good!! [Above is] Jenn leaning into it.