Origins is a recurring new music feature that finds a musician taking us through the inspirations behind their latest work.

“The lake was big as an ocean/ An ocean of my fears/ The mountains rise clouds in my eyes/ And I brought myself out here,” sings Mirah on her new single “Lake/Ocean”. The track, which comes from her latest album, Understanding, captures the New York singer-songwriter confronting her fear of water and darkness, as she so eloquently phrases it in those opening lines. It’s fitting, then, that the song’s newly revealed video sees her traversing one of the most beautiful and intimidating bodies of water in the country, the Alaska Inside Passage.

Shot on-location by Todd Chandler, with drone cinematography from Tod Seelie, the clip finds Mirah aboard the G. Mosey, a 1905 tugboat converted in the ’70s to a live-aboard. “Think black porcelain bathroom fixtures and faux wood paneling,” she explains of the ship. Now living out its life as a “sort of punk house/artist residency,” the vessel served as home for Mirah and her crew during a four day journey this past July. As she explains to Consequence of Sound,

“We took turns driving, our friends caught salmon and king crabs. We saw bears and bald eagles and porpoises. Somehow I kept missing the whales. We hiked out to the Mendenhall Glacier and explored the ice caves. I didn’t even know I was being filmed when I was walking on the glacier! I was pretty scared of falling. But the song is about being scared of the dark and scared of water, so this was apropos. The only bathing I did in those four days was in the most beautiful natural hot springs I have ever seen in my life and in several ice cold lakes surrounded by mountains and wilderness. Good thing we weren’t going for glamour. I wrote the song while I was an artist in residence at Hewnoaks artist colony in Lovell, Maine, where I stayed in a little cabin by myself and swam fleetingly in the giant, beautiful and weirdly scary lake. The rain sounds are from that original recording. Todd had brought his camera along on our trip with a hope to make a video but the process was more about documentation than anything else. Same goes for my songs and recordings, I consider them documents of moments in time.”

Understanding is out now via Absolute Magnitude and K Records. For more insight on “Lake/Ocean” and its accompanying visuals, Mirah has broken down the Origins of her work.

When I was a kid I would have recurring bad dreams about tidal waves. At some point, my dream brain replaced this grand iconic image of tidal waves with overflowing toilets. Not at all as photogenic. I’ve always been timid around water, too scared to let go of the side of the pool during childhood swimming lessons, etc. I’ve since learned that I actually love water, I swim regularly in all kinds of bodies of water, my favorite being an ocean. I even briefly took up surfing, which I did as a personal test, not because I ever got very good at it. But the theme of water fear stays with me still, and I can get spooked easily.

Scared of the dark: 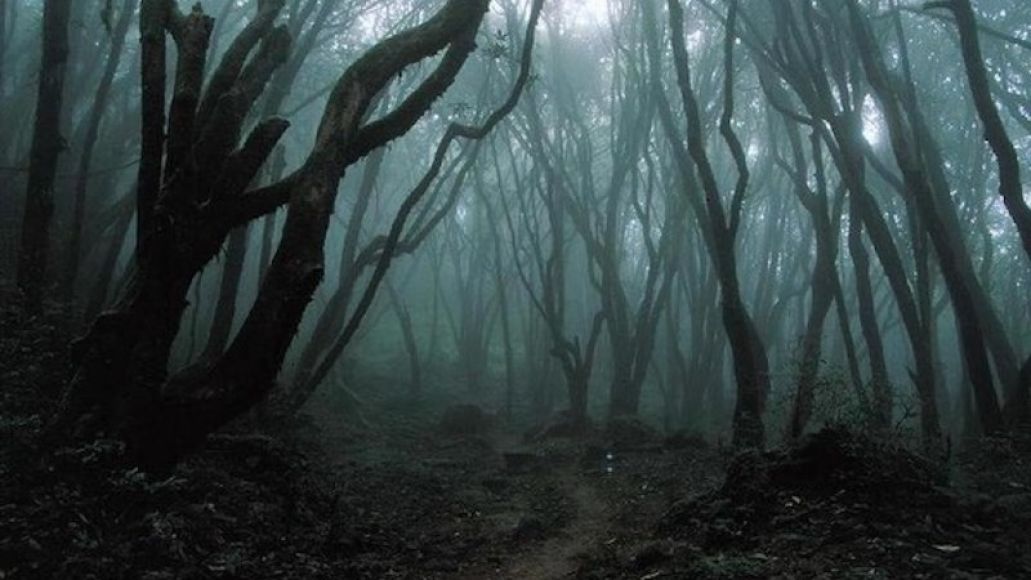 I remember when the movie The Blair Witch Project came out and thinking to myself, “Hells no I’m not going to see a movie whose express purpose seems to be to make people feel scared about being in the woods.” I love being in the woods, I love being outside at night, I love spending time alone, and half of every day is night so I’d better like being alone at night. But still, there are certain situations which bring on a fear. Is the darkness what is scary? Hard to say. I was staying alone in a cabin on a huge lake in Maine when I wrote this song. And for whatever reason, the fear was there. Maybe because everybody was obsessed with taking about how Stephen King lives on that same lake? Probably.

Rain on the roof sound:

It was raining at the cabin when I recorded the demo of this song and even though I re-recorded some of the basic tracks for the album version, I missed the rain so we brought it back in. It’s such a feeling.

My cabin and view at Hewnoaks: 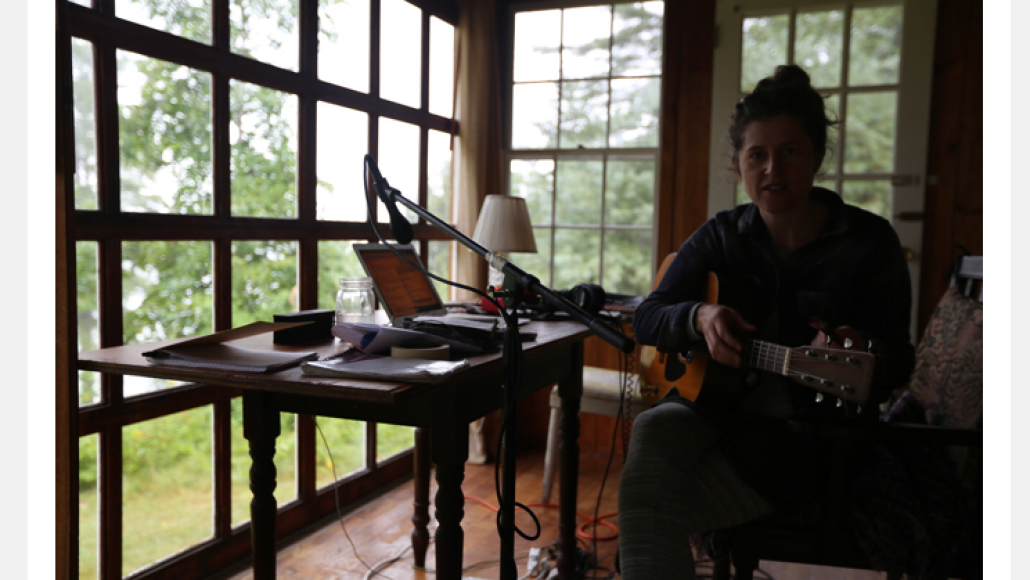 This is where I was staying, as an artist in residence at Hewnoaks. I thought the bedroom was creepy so I moved my bed up to the attic. It was painted a strange creamy lime green. The attic window had the best view in the house, looking out above the trees to the mountains across the lake.

Mirah shares the Origins of her new video, "Lake/Ocean": Watch