Following a tease earlier in the week, it’s now been officially announced that the Misfits will indeed be playing a Chicago-area show. The concert will take place April 27th, 2019, at the Allstate Arena in Rosemont, Illinois, with Fear, Venom Inc., and Power Trip providing support.

The show will mark the band’s sixth concert since classic members Glenn Danzig and Jerry Only reunited in 2016 for a pair of Riot Fest gigs. An announcement of the Chicago show touts the concert as “once again featuring Glenn Danzig and Jerry Only sharing the stage,” but makes no mention of the other members. The previous shows have also featured Doyle Wolfgang Von Frankenstein, Dave Lombardo and Acey Slade rounding out the lineup.

Tickets will go on sale to the general public September 21st at 10AM CT, with presales starting as early as September 18th.

In addition to the two Riot Fest gigs in Denver and Chicago in 2016, the Original Misfits, as they’re being called, have also played shows in Los Angeles, Las Vegas and New Jersey. 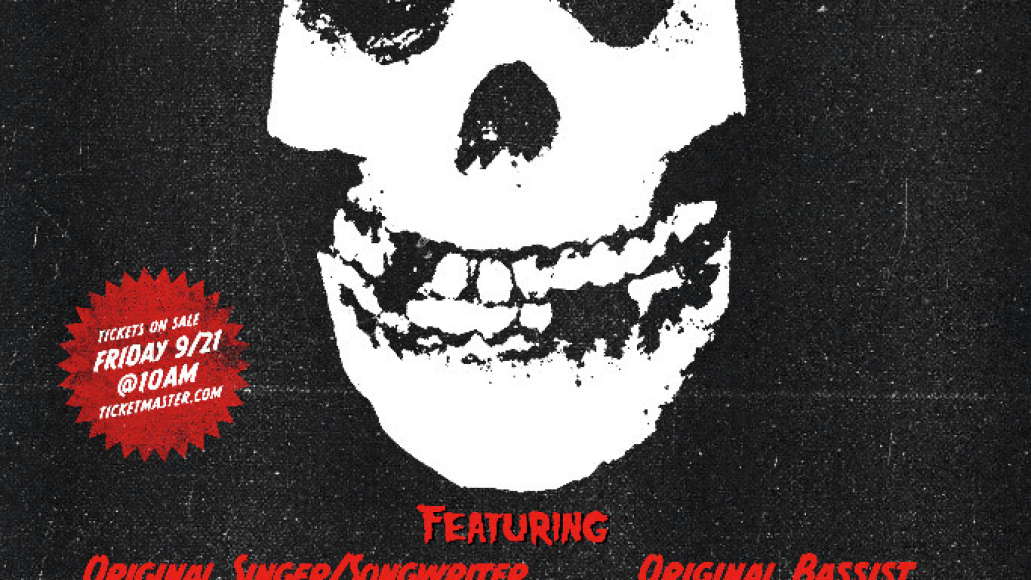