Nicolas Cage currently stars in the new action horror Mandy, which hit theaters just last Friday. Directed by Panos Cosmatos, the film has pulled in rave reviews, including from Consequence of Sound’s own Dominick Suzanne-Mayer, who called Cage’s performance “his best work in years.” Despite the warm reception, however, Cage fears the film’s success could be hindered by his meme fame.

As the 54-year-old actor told IndieWire, he believes the popular “Cage Rage” memes, which are inspired by Cage’s various maniacal characters, are a “disservice” to his latest film. “It’s been branded ‘Cage Rage,’ and it’s frustrating,” Cage remarked. “I’m sure it’s frustrating for Panos [Cosmatos], who has made what I consider a very lyrical, internal, and poetic work of art, to have this ‘Cage Rage’ thing slammed all over his movie.” He added, “It’s one thing for me, because I’d like to think I could continue to work with Panos, but the internet has kind of done the movie a disservice.”

In the same interview, Cage did admit to purposely deciding to portray “crazy”, over-the-top characters throughout his career. But the Oscar-winner has his reasons: “I did make certain choices to realize my abstract and more ontological fantasies with film performance, by playing people who were crazy, or by playing people who were on drugs, or supernaturally possessed — so that I have the license, if you will, to explore the German Expressionistic style of acting, or the Western kabuki. Whatever you want to call it.”

Cage then went on to also defend his style of acting, likening himself to great legendary actors like James Cagney and Richard Burton. “Look at James Cagney in White Heat, when he says ‘Top of the world, ma!’ Was that realistic? Hell no. Was it exciting and truthful? Hell yeah,” he said. “Or Richard Burton in Night of the Iguana, or Bruce Lee in Enter the Dragon. The list goes on and on about these old troubadours who embraced a kind of charismatic and larger-than-size stylization. A grandeur, if you will.”

While Cage seems to really dislike memes lately, he sang a much different tune in 2015. According to Complex, Cage bought a phone case off eBay which was comprised of “a bunch of pictures of fan art of him crying and his most extreme expressions.”

Below, enjoy (unless you’re Cage) a few Cage Rage memes. 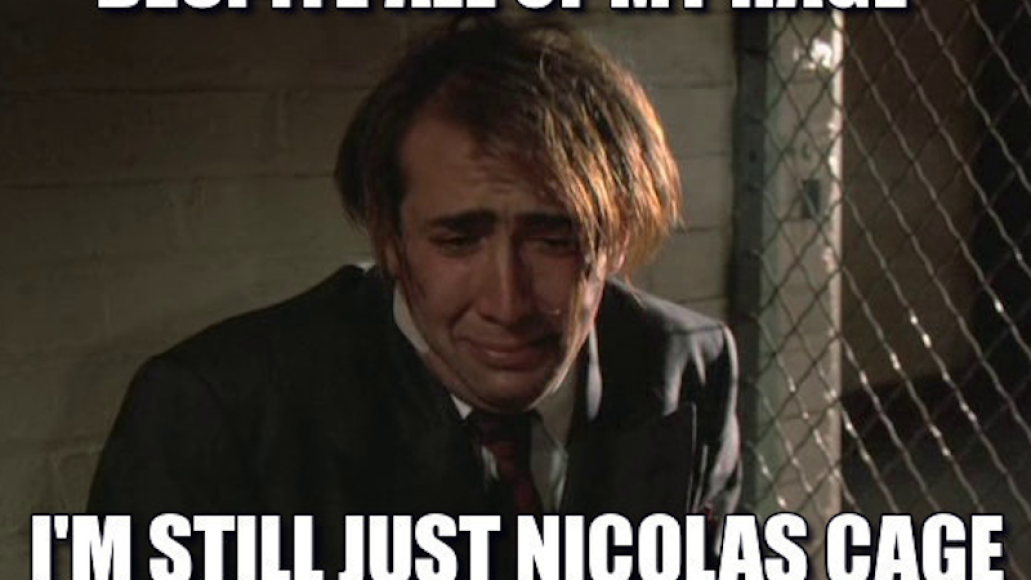 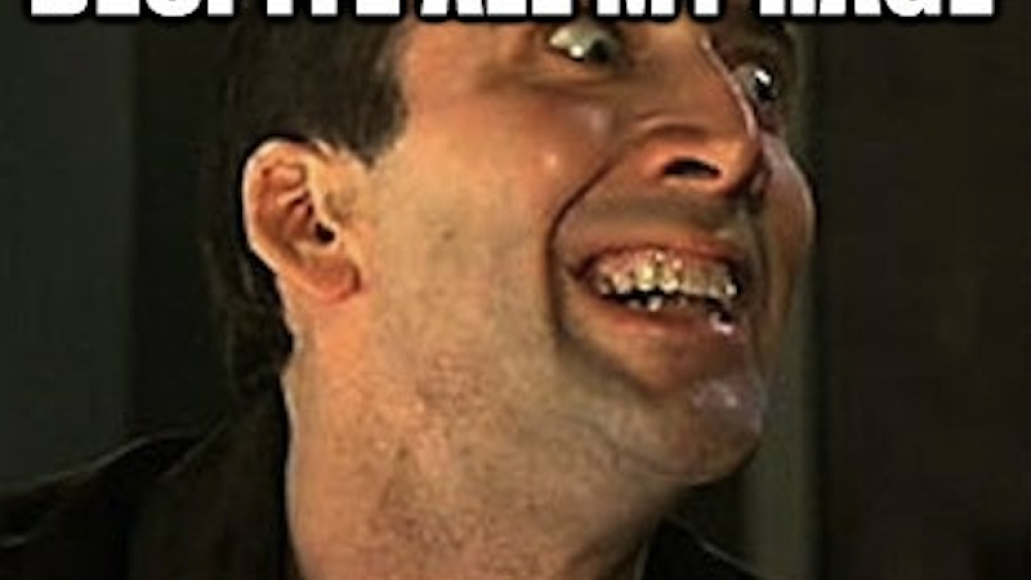 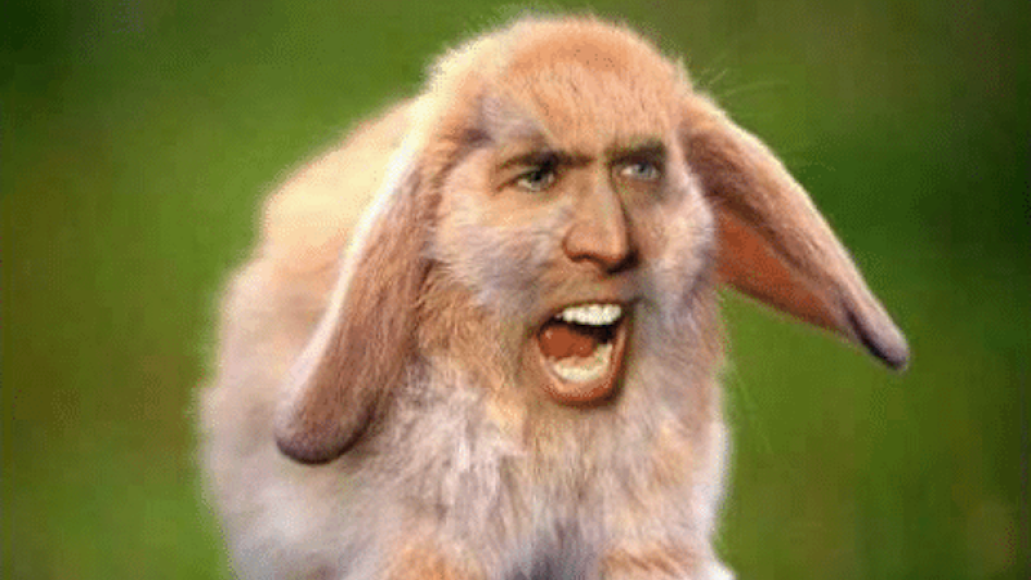 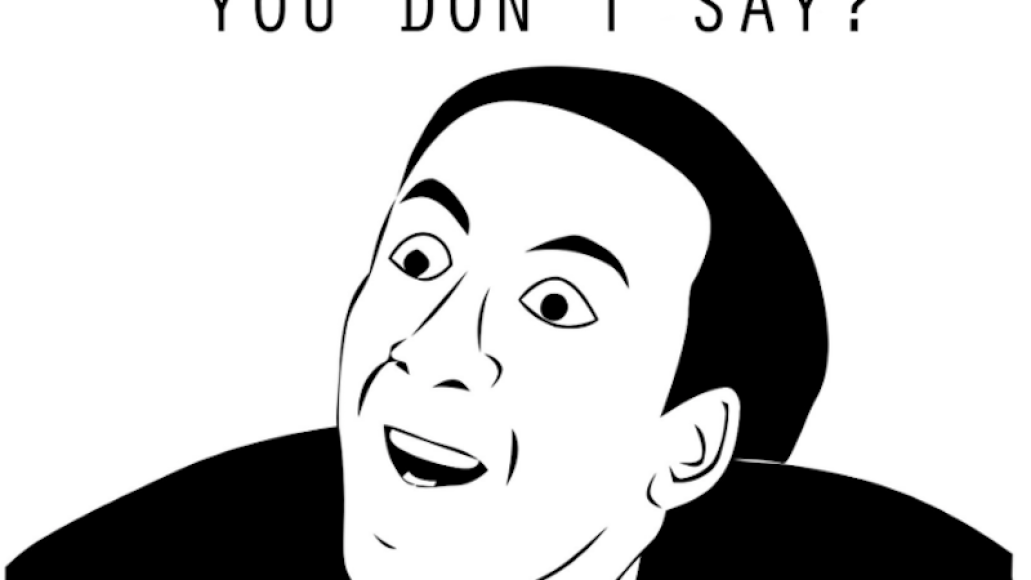 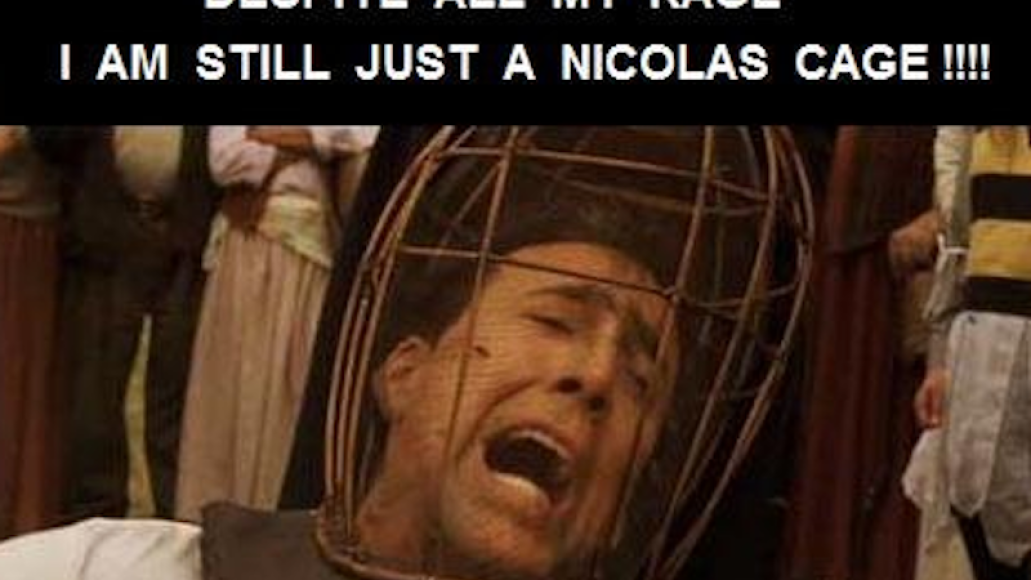