“You wanted the best, you got the best. The hottest band in the world…”

At the dawn of 1978, KISS was the most popular band in America. Literally, according to a famous Gallup Poll from the summer of ‘77. The band’s intoxicating combination of kabuki rock and roll bombast with the marketing genius of band manager Bill Aucoin had paid off in full.

In October 1976, Aucoin was the one smart enough to showcase the band on ABC’s The Paul Lynde Halloween Special, which also featured an appearance from The Wizard of Oz star Margaret Hamilton reprising her role as the Wicked Witch of the West. The band performed three songs — “Detroit Rock City”, “King of the Night Time World”, and “Beth” — all from breakout full-length Destroyer.

KISS’ popularity exploded. Just two weeks later, the band released Rock and Roll Over, which peaked at No. 11 on the Top 200. The album featured “Hard Luck Woman”, an uptempo acoustic ballad that sounds a lot like mid-’70s Rod Stewart (KISS’ Paul Stanley allegedly wrote the song with Stewart in mind) and cracked the Top 20 of the Hot 100, climbing as high as No. 15.

In 1977, they slammed into overdrive, capitalizing on their newfound popularity among the mainstream with the shiny pop-rock gem Love Gun in June, followed by the Christmas-in-October package that was the original Alive II just four months later. They even starred in the notorious Marvel Comics Super Special No. 1, with the band adding their own blood into the ink. No, really.

By the time 1978 rolled around, KISS had it all and wanted more. Having already broken the mold on how to sell a rock band, Aucoin and the group decided to get even more ambitious. The plan was instead of another album-tour cycle, they’ do something completely different.

That plan included each member of the band releasing a solo album on the same day, a feat that had never been pulled off at the time. It would also plop KISS right into their own made-for-TV Halloween feature film, KISS Meets the Phantom of the Park.

Little did any of them know that ambition would prove to be the beginning of the end for the biggest rock band in America.

KISS’ record label, the notorious Casablanca, was beyond confident that the solo albums would be huge, plunking down $2.5 million on marketing and promotion. So, when September 18, 1978, rolled around, the entire music industry watched the KISS solo experiment play out in real time. It was not pretty. 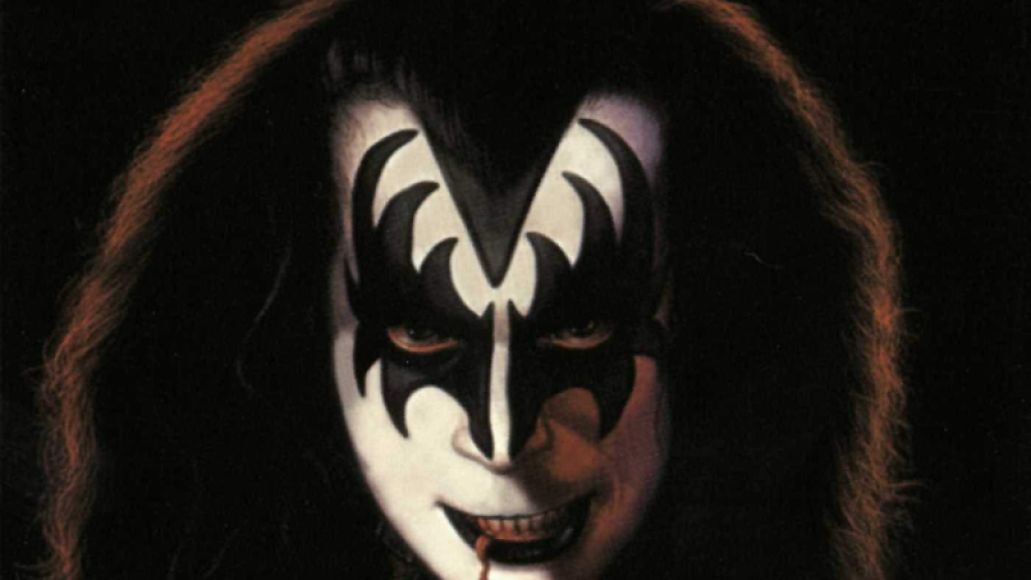 KISS’ notorious leader has always been the definition of “doing the most.” For his 1978 solo album, he pulled out his Rolodex and called in a cavalcade of his famous friends to come by the studio and appear on the tracks.

Not that you get even a whiff of any of those artists on the album — it’s all blended into a thick, monochromatic of songs that range from Dirk Diggler-style “power rock” to probably the most bizarre moment across all four solo LPs: Simmons warbling through a traditional orchestral version of “When You Wish Upon a Star”, the song made famous in Disney’s 1940 film adaptation of Pinocchio.

Gene Simmons peaked at No. 22 on the Billboard 200, making it the most successful of the four solo releases.

Best Track: The obvious choice would be the single “Radioactive,” which features a solid guitar riff and catchy chorus that wouldn’t sound out of place on a KISS album. Instead, cue up “See You Tonight”, a jaunty acoustic number reminiscent of America (think “Sister Golden Hair”) and Rod Stewart circa “Maggie May”. 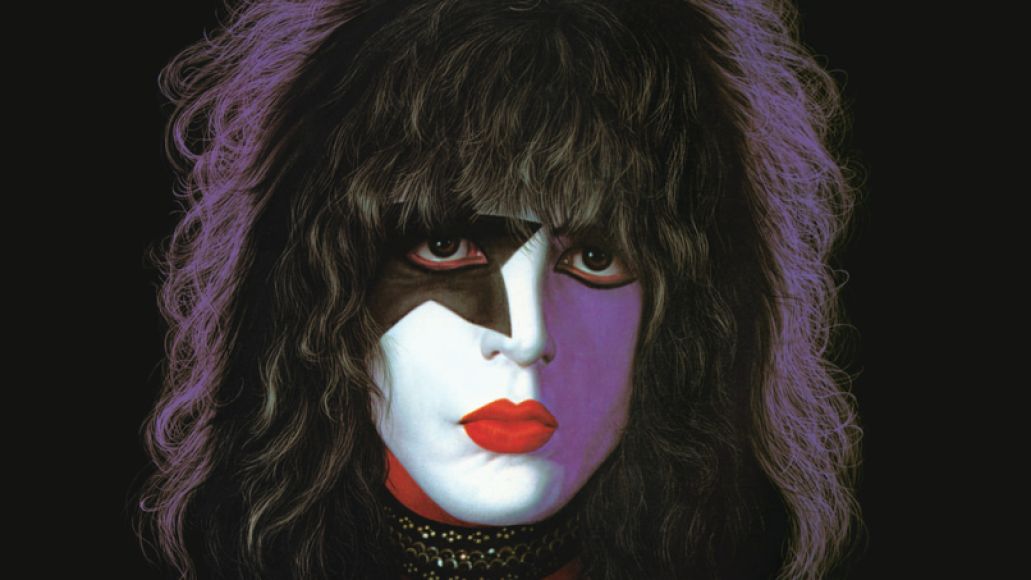 KISS’ starry-eyed lead singer knows his way around a strong melody, and his time fronting KISS only sharpened his sense of dynamics, all of which is in ample supply on Stanley’s solo effort. Pretty much everything here could’ve made it onto any of KISS’ many studio efforts in the mid-to-late ‘70s. None of the tracks particularly jump out at you, but nothing is especially offensive or even curious. Well, scratch that: single “Hold Me, Touch Me (Think of Me When We’re Apart)” makes a hard left turn into the world of ‘70s soft-rock, sounding like something you’d hear on a 1979 K-Tel compilation sandwiched between England Dan & John Ford Coley and Pablo Cruise.

Paul Stanley ultimately topped out at No. 40 on the Billboard 200.

Best Track: Considering the ubiquity of Paul Stanley, any number of tracks is worthy of mention. Winning by an edge is album opener “Tonight You Belong to Me”. Featuring an intro reminiscent of KISS’ “I Want You” with a grinding guitar riff, it’s very much in the spirit of the studio tracks on Side 4 of Alive II. 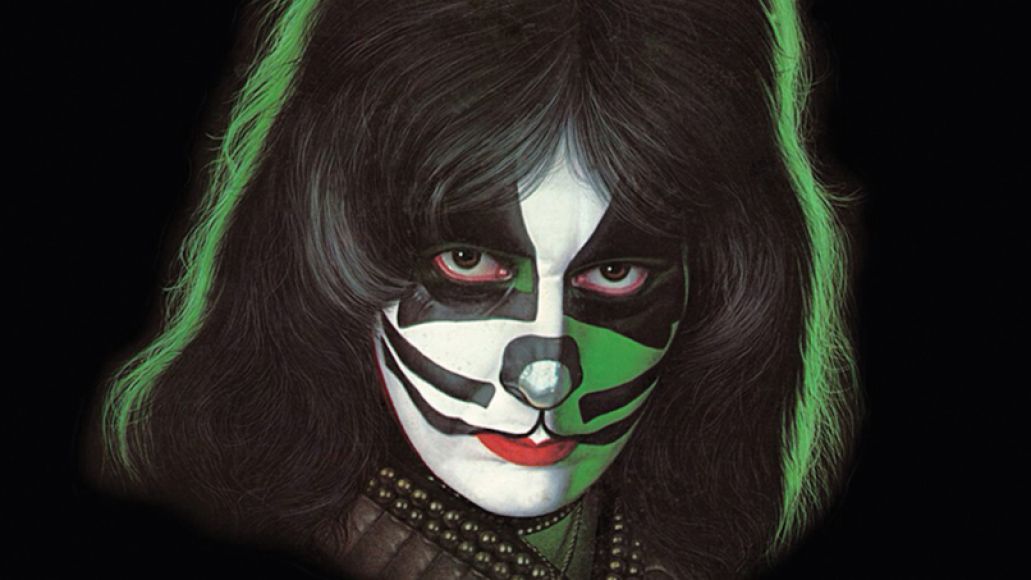 No member of KISS completely whiffed on the 1978 solo albums the way that drummer Peter Criss managed to pull off. No disrespect to Criss or his old-school R&B/early rock and roll roots, but as a member of KISS in 1978 releasing a solo album at the pinnacle of the band’s career, calling it a misstep would be an understatement.

And honestly, some of these songs are actually kind of, well, jams. But that’s a K-Tel-compilation-AM-radio type of jam and not a “from the band that melted your face off with “God of Thunder” kind of jam.

For his single, Criss went with early ‘60s classic, “Tossin’ and Turnin’”, which KISS would go on to add to the band’s set on the 1979 tour (as if you needed any other indication just how far afield KISS would stray by the end of the ‘70s).

Still, it’s hard to reconcile the maudlin, lounge-act schmaltz of tunes like “Don’t You Let Me Down” and “Easy Thing”, the latter of which makes “Beth” sound like “War Pigs”.

Peter Criss was the lowest charting of the four, petering out at No. 43 on the Billboard album chart.

Best Track: We’re sticking with album opener “You Matter to Me,” which charges out of the gate on those cheesy keyboard sounds prevalent on so many of the world’s “yacht rock” favorites. The toe-tapping chorus keeps the party going, and wait — do I actually like a song on the Peter Criss album? Oh well <cranks it louder>. 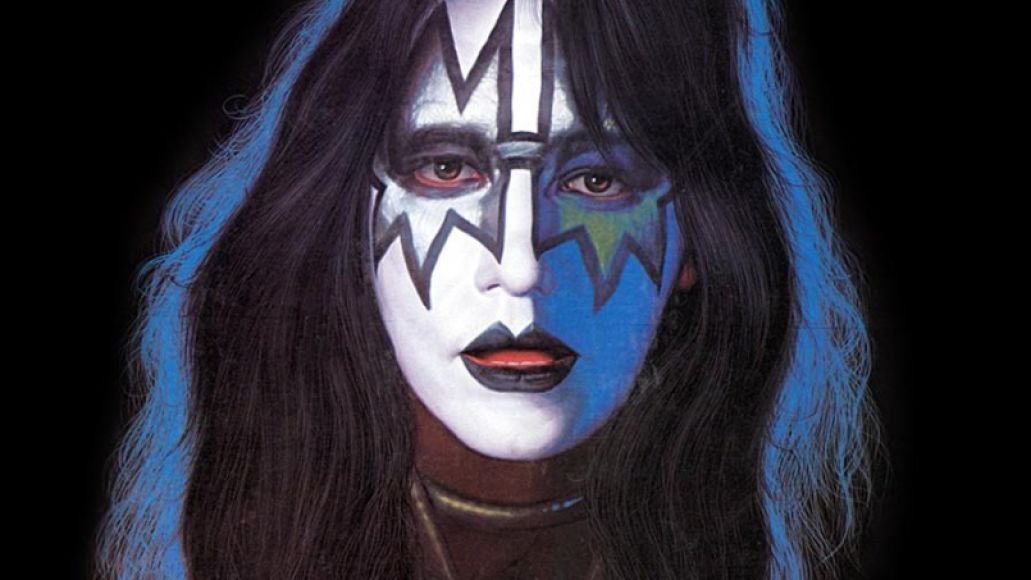 Leave it to the Spaceman to save the day.

Frehley, the notorious party boy of the band with a taste for booze and cocaine, came out of the nowhere with far and away the finest of the four KISS solo efforts.

Fans sprung on Frehley-fronted KISS tracks like “Shock Me” and “Rocket Ride” were rewarded with even more of that spaced-out electric rock energy on his solo album. Opening with the hard-charging “Rip it Out”, Frehley cruises along on standout tracks like “Speedin’ Back to My Baby”, “Ozone”, and the should-have-been-single “What’s on Your Mind”. It also boasts the biggest hit song from the solo album series, “New York Groove”.

Originally recorded by the band Hello in 1975, “New York Groove” was an actual hit, generating impressive radio spins and climbing as high as No. 13 on the Hot 100. The song has become such an anthem in the New York area over the years that Frehley was invited to perform it at the 2018 NHL Winter Classic between the New York Rangers and Buffalo Sabres.

Best Track: Since we’ve already called out the underrated “What’s on Your Mind”, the clear winner is the album-closing instrumental, “Fractured Mirror”. Just listen to it.

Ultimately, the albums sold like crap. Only Ace Frehley’s “New York Groove” had any real lasting impact. And barely a month after that fiasco, KISS Meets the Phantom of the Park debuted on NBC on October 28, 1978. The results were another dumpster fire that only compounded the embarrassment of the solo albums.

Things looked up in 1979, with the Dynasty album achieving platinum status, and the band’s infamous disco hit, “I Was Made for Lovin’ You”, peaked at No. 11 on the Hot 100.

Still, the writing was on the wall. Core fans were turned off by the disco stylings of “I Was Made for Lovin’ You”. The subsequent tour would find the band playing to smaller and smaller crowds made up of younger and younger fans, as escorted by their parents and older siblings.

By Halloween night 1979, it was all over but for the shouting. KISS appeared on The Tomorrow Show with Tom Snyder, and it was a disaster. Ace Frehley was wasted, Peter Criss talked about guns, and you could see Paul Stanley and Gene Simmons already plotting their replacements.

In the three years since appearing on Paul Lynde’s special to the band melting down in real time on The Tomorrow Show, KISS put on a master class in throwing it all away and in record time. It wasn’t for a lack of trying. It’s hard to imagine what would’ve become of KISS had they sidestepped all of the failures of 1978 and just released another two or three albums and played more shows. Or even taken a year or two off to recalibrate and make a more calculated move forward.

Instead, we have reality.