Tenacious D will return in November with a new album called Post-Apocalypto. What’s more, to accompany the album’s release, the comedy-music duo of Jack Black and Kyle Gass will premiere a new six-episode animated series via their YouTube channel.

The 21-song album, due out November 2nd, is produced by John Spiker and features Foo Fighters frontman Dave Grohl on drums. It will be available digitally, on CD, and on translucent green vinyl. Pre-orders are ongoing here.

The animated series will premiere on September 28th, with new episodes rolling out each Friday up until the album’s release. Each frame of every episode was hand-drawn by Black himself, with every character voiced by Black and Gass. All six episodes also feature new Tenacious D songs from the band’s forthcoming album. Additionally, as each episode goes up, a song from the episode will be made available via digital music platforms.

Per a press release, “Post-Apocalypto finds Tenacious D thrust into a world of complete and utter destruction following the drop of an atomic bomb. Surviving the attack in classic cinematic fashion (a good old imperishable 1950’s refrigerator), the duo quickly learns that new forms of evil have spawned from the blast. One thing becomes apparent — for humanity to prevail, Tenacious D must save the world.”

“With unimaginable twists and turns, an insane visit to the White House, a time machine, a space adventure, and the help of some tried and true daddy issues, Post-Apocalypto is as hilarious as it is political, and as brilliant and multi-faceted as its incredible creators. The songs are damn good, too.”

Watch a teaser for the animated series below. The album’s artwork and tracklist follow.

Black previously mentioned that a sequel to the band’s 2006 musical comedy, The Pick of Destiny, was also in the works. 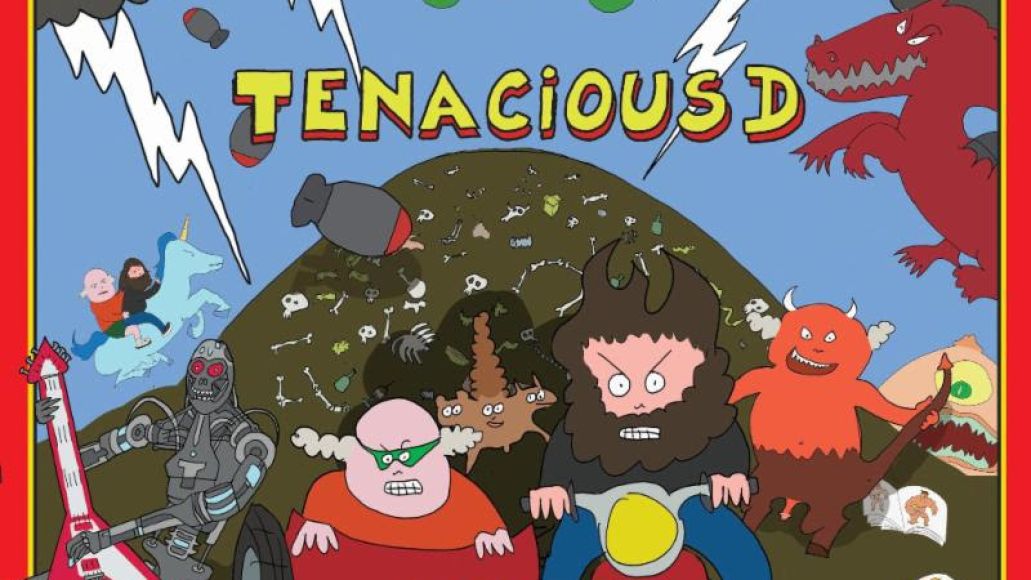 Tenacious D will support Post-Apocalypto with a series of tour dates in the coming months, including an appearance at Foo Fighters’ Cal Jam 18. You can grab tickets here.