What’s that saying? Don’t throw the baby out with the bathwater? Or maybe this ‘70s metaphor is more appropriate. Either way, it’s the dilemma I’ve been wrestling with since finishing the first four episodes of The Deuce Season 2.

The Deuce, which tracks co-stars James Franco and Maggie Gyllenhaal as they find their way in the budding sex industry of the 1970s, continues to be smart, provocative, and worthwhile television. Maybe more powerfully than any show on air, it shows the futility so many women face when their ambitions get stalled by Harvey Weinstein-esque gatekeepers.

Season 2 certainly has feminist underpinnings. As the camera closes in on Abby’s (Margarita Levieva) nightstand at the end of Episode 1, we learn that Vinnie’s (Franco) girl is tiptoeing into second-wave feminism with a worn copy of Sisterhood Is Powerful. Surely, if the cops can’t clean up The Deuce, the infamous street the show is based on, the women can. #TimesUp, right?

If you’re not caught up, Franco secured his own place in the #MeToo moment back in January, when a handful of women on Twitter accused him of sexual harassment, ranging from encouraging female acting students to take on nude scenes in class, even when it made them clearly uncomfortable, to forcing a woman to engage in oral sex. A petition went up requesting HBO drop Franco from Season 2 of The Deuce.

They did not. It must be said that there is one major difference between a Franco, and a, say, Kevin Spacey, who was unceremoniously booted off House of Cards last November. Co-creator and executive producer David Simon told The Hollywood Reporter, “Personally, I can only speak knowledgeably to The Deuce. I’ve checked with all my fellow producers and other personnel. We have no complainant or complaint or any awareness of any incident of concern involving Mr. Franco.” The show, to its credit, also hired an “intimacy coordinator” this season to ensure the women (and men) involved in the show’s sex scenes feel comfortable on set. I honestly do believe the staff’s heart is in the right place here.

But I think there’s something to what comedian Sarah Silverman said re: her longtime friend Louis C.K. when he tried (and failed) to make a comeback earlier this month:

“My heart goes out to him, [but] then I have to stop and say, ‘You know what? I think I’m too close to this to be objective.’ Sometimes when you know someone, you don’t always know more, you know less.”

I know giving the benefit of the doubt isn’t exactly in fashion, but, hey, maybe the powers that be behind The Deuce are too close to the situation. I’m sure Franco is a perfectly affable guy in person. But the shame of keeping him on is while this series’ second season is dynamite, from performance to tone to fricken costume design, that message feels more than a bit watered down by the fact that James Franco is exactly who the show’s second season professes to be critiquing: a gatekeeper using his power to sexually harass women. 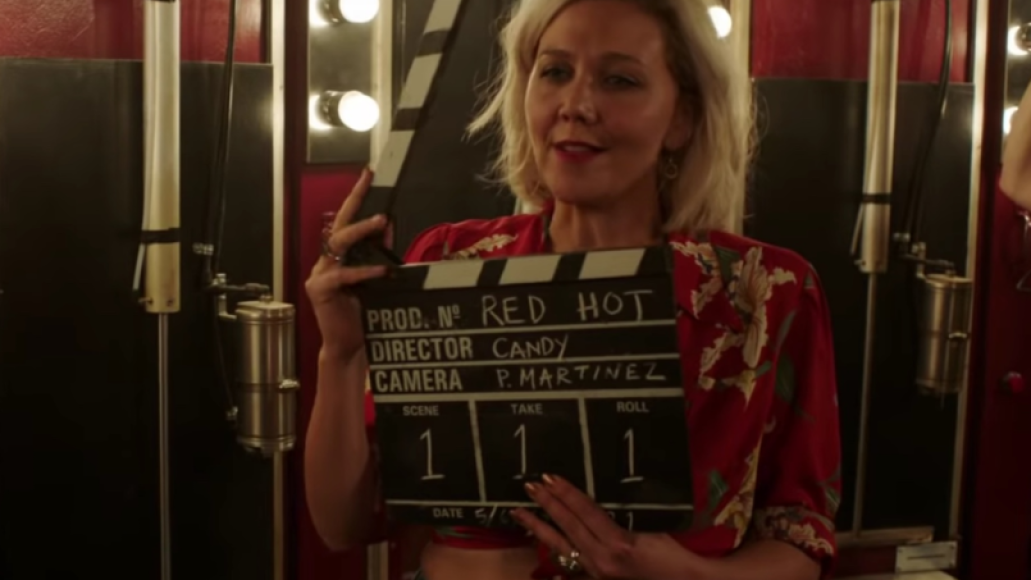 Maggie Gyllenhaal in The Deuce (HBO)

The women who called out Franco after the Golden Globes were acting students and mentees, who presumably saw working under the acclaimed actor as not just a means of learning projection and blocking, but as an “in” to that ever-elusive inner circle of actors who can make it without washing dishes on the side. His role as gatekeeper is on a smaller scale but clearly reminscent of the role Harvey Weinstein played to young actresses who were unsure of whether or not to come to his room. You could refuse to film a scene for Franco after he “removed the plastic guards covering several other actresses’ vaginas” during an orgy scene, as actress Sarah Tither-Kaplan told the LA Times, but what if he’s literally the only person remotely involved in the industry you have a working relationship with? Do you choose self-respect or your dream?

The irony is Season 2 is all about the power dynamics that often involve women in the workplace breaking free of the chains on their wrists only to stand up and realize their ankles are still bound. And, goddammit, the series portrays this struggle so well.

A simpler program would just take a few shortcuts and have the women give proud declarations of their independence as they walk out of producers’ offices and off of directors’ couches. But as Eileen explains to her now-prepubescent son who has to decide between dating a girl his BFF likes or salvaging his youthful friendship: Sometimes you have to decide what’s more important. This is reality, folks. If Harvey Weinstein could destroy Ashley Judd and Mira Sorvino’s careers, of course the choices Eileen has to make to climb from PA to director in her own right — 20 years later — are impossible ones. 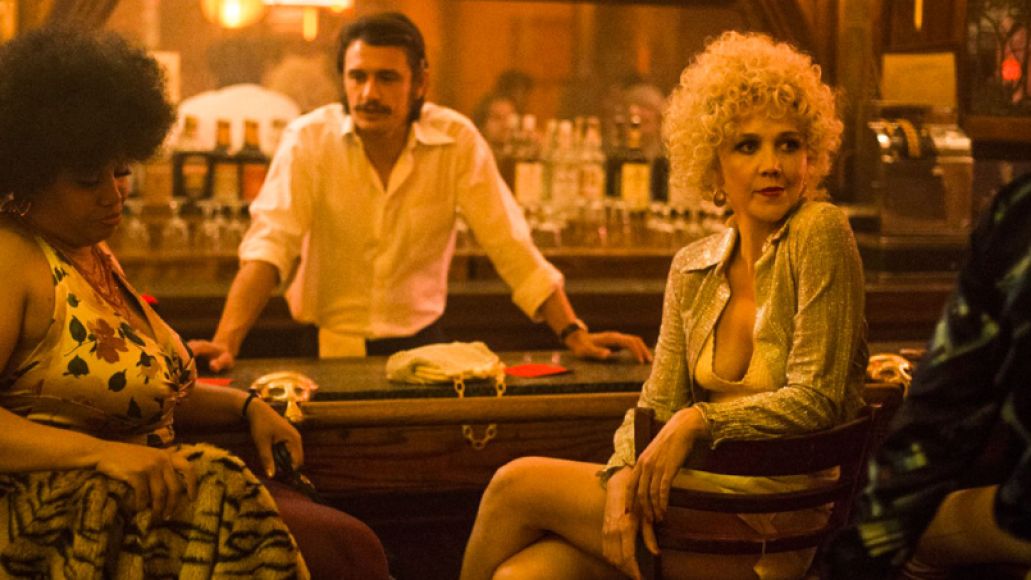 The truth is Franco’s presence doesn’t necessarily destroy this scene or even the season’s watchability outright. Maybe this is because Franco’s (main) character, Vinnie Martino, stays on the margins of the actual “sex stuff.” He runs a bar. He runs a club. He technically bankrolls his brother-in-law’s sleazy parlor, but he wants nothing to do with it. The only sex we see him getting into is with his longtime consensual partner, Abby. If he was a pimp, his presence would be intolerable.

The argument could be made, however, that the series could have dropped Franco without losing much of the plot’s integrity. Honestly, watching Vinnie sign off on a new venture here and write a check there is about as interesting as watching someone else play Sim City. The pathos of the show clearly falls with the female cast: Gyllenhaal as Eileen; Margarita Leveiva as Abby; Emily Meade as Lori, whose budding acting career is quickly getting hamstrung by her continued allegiance to her pimp; Dominique Fishback as Darlene, who is our conduit into the particular setbacks faced by women of color in the industry; and Jamie Neumann as Ashley/Dorothy, who returns as a success story — a woman who quit the trade and now is fighting to provide others with the aid they need to do the same.

When you throw in the fact that season 1 ends with Candy/Eileen more or less directing her own scene of a movie, it feels like we had the potential for a Claire Underwood moment. I guess it’s a universal theme this season: Who needs Frank(ie), anyway?

The closest Franco, a perfectly capable actor, gets to showing emotion as Vinnie is when he has to ask mob boss Rudy Pipilo (Michael Rispoli) if Paul (Chris Coy) can open a gay bar, entirely unbound from any mob ties. Frankly, Franco’s scenes are the B plot; we could have done without them. Abby could have ran the bar this year. But if we again give the writers the benefit of the doubt, my guess is that Vinnie’s arc with the mob will find this aw-shucks-good-natured-hard-working-guy mixed up in some Godfather-esque shit. I may feel differently about being able to separate the baby from the bathwater, when we’re asked to empathize with the bathwater as things go downhill, which I expect they will. Let’s just hope the payoff of that inevitable Italian mobster showdown is worth the potential sacrifice of blurring an otherwise stunning first half of the season with some Franco-flavored bathwater. Maybe it’s another thing better known with some distance.

The Deuce Manages to Overcome Its James Franco Problem for Now