Origins is a recurring new music feature where an artist takes us into some of the inspirations behind their latest song.

The Y Axes first came together at a space prom-themed joint birthday party for vocalist Alexi Rose Belchere and guitarist Devin Nelson. That was seven years ago, but the through-line from that fateful day to the band’s latest single, “Empty Space”, is easily traced.

For one, there’s that strange mix of joy and existential dread that comes with prom. While you’re celebrating friendships and the end of high school, you’re also nervously trying to impress your date and wondering what college will bring. Fear of the unknown and desire to stave it off with good feelings crash into each other in a rush of anxiety, an emotion that’s weaved into the energetic pop-punk of “Empty Space”. The track itself is full of boppy hooks and squealing synths, but with a chorus that includes lines like, “A crying shame/ You spilled the hopes out of your veins/ To oversaturate your grays/ Just to fill all the empty space,” it’s clear the positivity is just a facade.

The song’s video also harkens back to The Y Axes’ origins. Shot at the legendary Bay Area punk DIY venue 924 Gilman during their annual punk prom, the clip finds the band getting gussied up for the event before taking the stage. As Belchere explains it to Consequence of Sound, the party’s punch gets “spiked with our music, [which] is too emo to not ruin a party, and ultimately leads to everyone’s eyes leaking glitter.” Take a look down below.

“Empty Space” serves as the lead single to The Y Axes’ forthcoming new album, No Waves, expected out in early 2019. For more insight on the track, Belchere and Nelson have broken down its Origins.

I wrote most of the lyrics to this song after having a little too much caffeine and sitting alone at Ocean Beach. Coming from a beach town in southern California, being close to a body of water always makes me feel better, so I took a walk a few blocks away from Trouble Coffee to calm down. The thing is, beaches in northern California kind of punish you with wind and cold while they give you the sun and salt you want, so sitting on the beach feels kind of masochistic. This feeling of anxiousness was written out in this story of trying to turn off your head and ride the positive waves when they come to you. — Alexi Rose Belchere 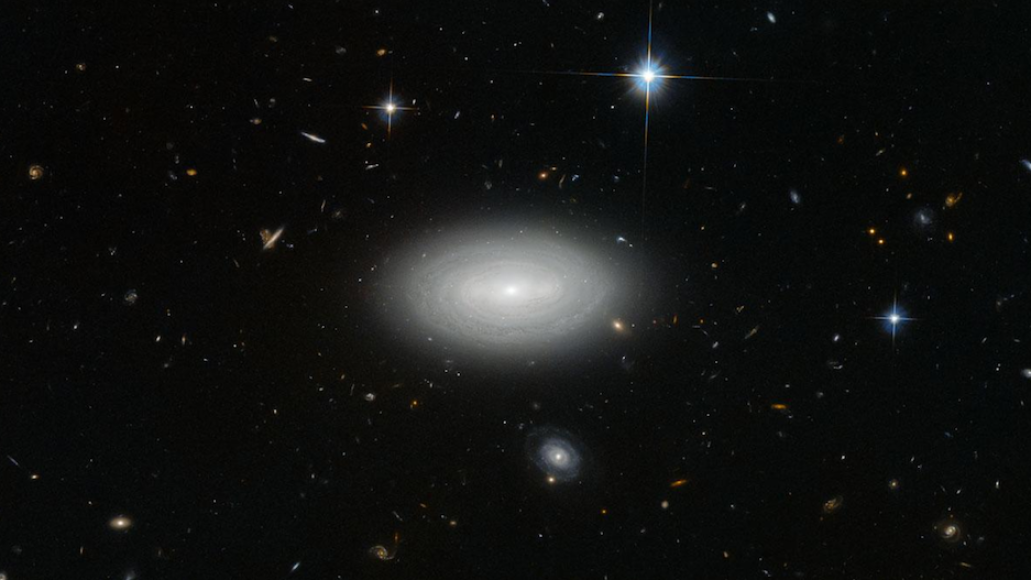 The story of the song is a struggle with internal voids and Empty Spaces. The first line, “Blur your vision from what you see/ Turn this weekend into a dream/ ‘Til all I feel is you close to me/ ‘Til that’s all I need,” is the idea of trying to live in the moment while blocking out the anxieties of the world- but this is ultimately built to fail. The people around you can’t be all you need; the empty space can’t ever be filled by external things. The narrative of the song is constantly flirting with the idea of getting caught up in the moment — something like a summer romance — to escape these internal struggles, but self-doubt and overthinking always catches up and sucks you in. — ARB 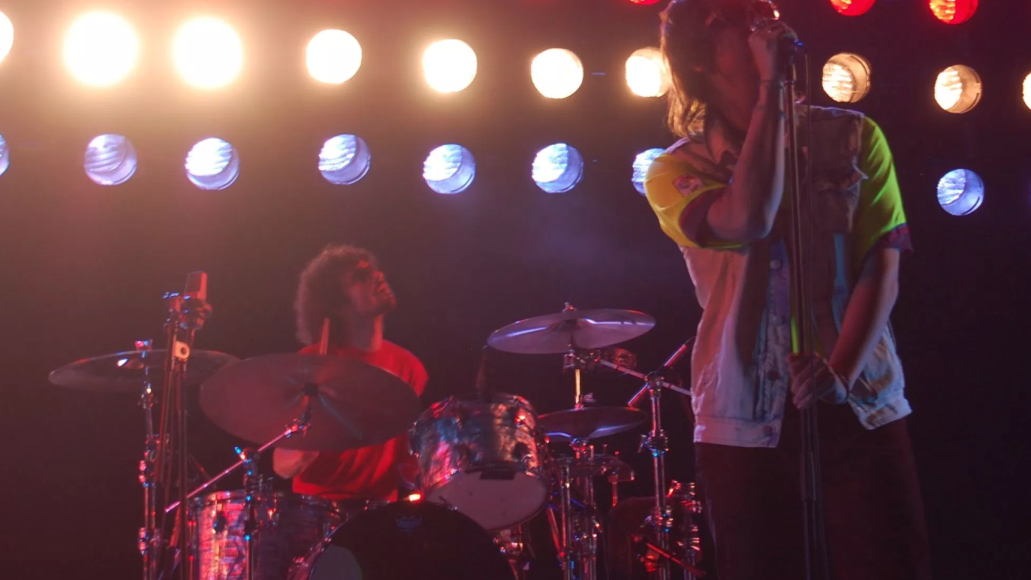 The Strokes, photo by Adam Kivel

Devin’s guitar riff inspired me to deliver vocal lines in a lazy and gritty way, inspired by Paul Banks from Interpol and Julian Casablancas. Devin at one point asked me to slur the lines a little less, which I did end up toning down, but that “Take It Or Leave It” mood is what I was going for. Mix in some Vampire Weekend hiccups here and there and you get the vibe. Secretly, I’m always trying to make an Interpol Turn on the Bright Lights song whenever I sit down to write. — ARB 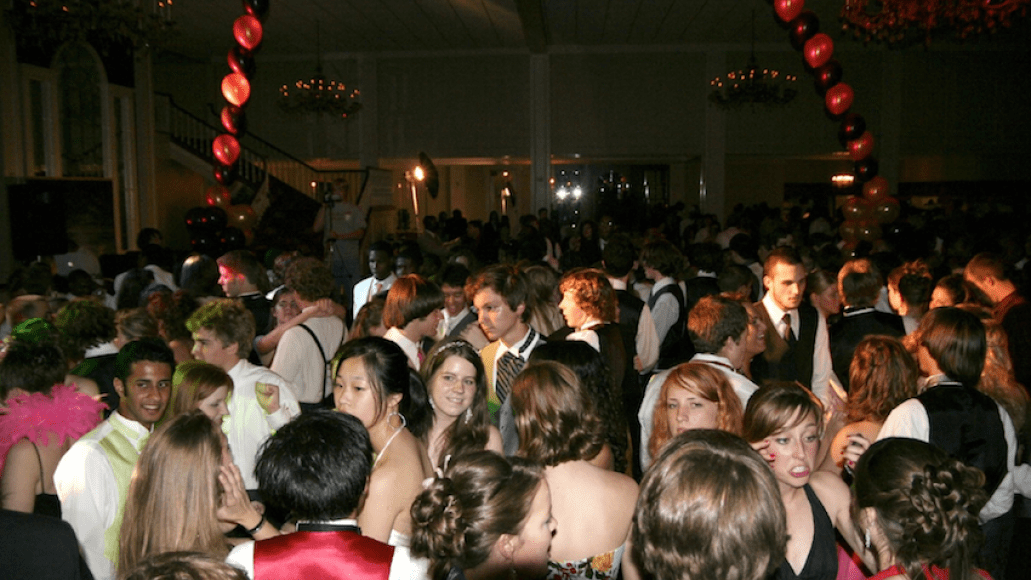 I’d honestly never had a good time at a school dance, and as if I’m trying to chase down that Sixteen Candles/She’s All That promise, the band has a prom-themed party almost every year. The idea for the “Empty Space” video was a prom gone terribly wrong, basically the punch being spiked with our music, that our music is too emo to not ruin a party, and ultimately leads to everyone’s eyes leaking glitter. Filming at The Gilman’s punk prom was amazing, because nothing says teenage frustration like a mosh pit at a prom. — ARB 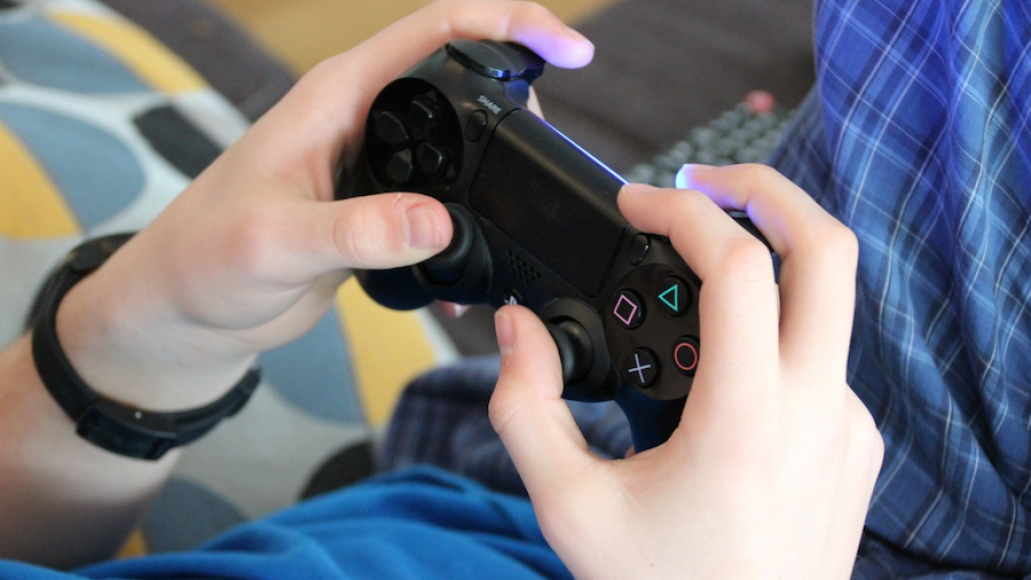 “Empty Space” is one of the most fun songs to play off of the new record and also the easiest to write. Though it nods slightly towards mid-aughts indie rock that wasn’t really my intent, in fact I didn’t intend to do anything at all. My songwriting process often involves ideas seeping out of a creative void when I’m doing literally anything else, forcing me to have to take a break from what I’m doing to process a melody, vibe, or rhythmic pattern, or desperately hold onto it until I can access an instrument.

Since I don’t often sit down with the intent to write, what comes out is usually a disjointed amalgam of inspirations and feelings that have condensed over time until they were heavy enough to escape their cloud. “Empty Space” just kind of fell into my lap one weekend when I was sitting at home, spacing out, playing video games, and recovering from a long work week. It leaked out of my brain almost fully formed and didn’t take much more time to organize itself into a coherent structure than it did to play through the first time. I usually have to do a lot more work into shaping song ideas but my subconscious did most of the work this time around. — Devin Nelson