Last Friday in Seattle, Vic Mensa participated in a celebrity-filled live stream highlighting the latest features of video game Destiny 2: Forsaken. The newest edition of the Destiny game franchise is anchored by Gambit, a gaming mode that allows for two teams of four to face off against one another. Mensa, whose team boasted Zach LaVine, rising NBA star of the Chicago Bulls, battled against star producer Dillon Francis and Dallas Mavericks player Luka Doncic.

“The graphics are super dope,” Mensa told me in a phone call after the live stream. The Chicago rapper, who grew up playing Tekken and often turns to video games “for a little mental break” while in the studio, also praised the “awesome” teamwork aspect of Gambit. “Zach is wicked on the game,” he added.

However, it wasn’t all fun and (literal) games for Mensa that afternoon. While coming down from the rush of playing Destiny 2, Mensa also revealed details about a couple of new projects that are said to “be coming very soon.” These projects follow Mensa’s The Autobiography, which we at Consequence of Sound deemed the 38th best album of 2017, and represent all the many facets to Mensa’s musical taste.

“I do so many different things sonically, and I never really viewed music through a genre lens,” the MC explained. “I listen to so much different music — one day I’ll be listening to Fela [Kuti], then I’m listening to the Descendents… then Mos Def and Nas.” He continued, “I listen to all this different music so when I sit down to make music, often times, especially if I am producing, I just make weird beats — like whatever happens, happens.”

One of the projects in development is “more straightforward rap”,” which Mensa recently worked on with the help of Ty Dolla $ign. Another is described by Mensa as “punk rock over trap drums,” and sees him collaborating with H.R., frontman for hardcore punk vets Bad Brains. Their joint track is said to be a “dope ska trap song” about the tragic Pulse nightclub shooting that took place in June 2016.

Mensa has also logged studio time with some of his fellow Savemoney members. “Me and KAMI got a really dope record,” he noted. “Me and Chance [the Rapper] got a couple of records.”

Additionally, The Autobiography rapper also talked about his massive giveaway in Chicago last month, which saw him distribute 10,000 pairs of free shoes at the exact site of a controversial “bait truck” police sting. Mensa — a noted activist, especially when it comes to issues of police brutality and racism — said that speaking up on behalf of his community is an “inspirational necessity” and one of the main reasons why he creates music in the first place. “To connect with people that I know best, to tell their story,” he shared.

Below, revisit Mensa’s recent solo single “Metaphysical”, which was inspired by his African heritage, followed by a game-face photo from the Destiny 2 live stream. 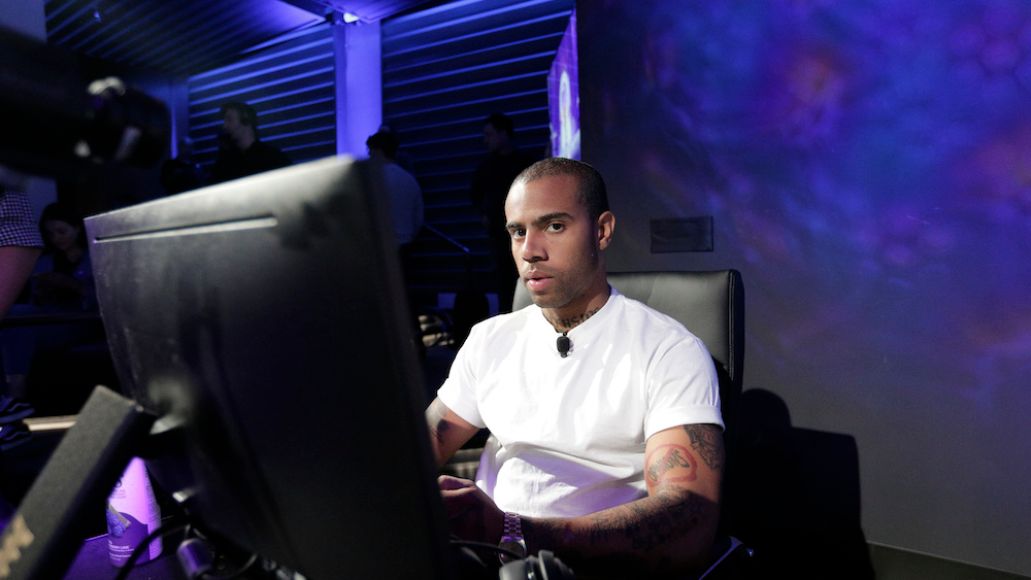 Destiny 2: Forsaken, a product of Bungie, High Moon Studios, and Activision, is available now for download on PlayStation 4, the Xbox One family of devices, and PC.